Tomorrow begins the first of three days of CSI5* competition, with classes offered from the 1.10m level, all the way to 1.60m show jumping and the finale grand prix on Saturday, a two-round challenge that has attracted many of the top riders in the world. GCT Founder Jan Tops and his wife, grand prix show jumper Edwina Tops Alexander, held a press conference atop the roof of the brand new One Hotel on Miami Beach to officially kick off the week. 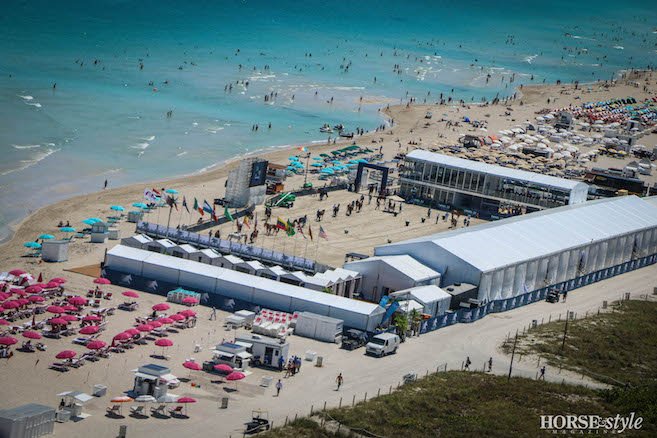 A bird’s eye view of the LGCT arena, during Wednesday’s jog

Admist a cloudless sky and million dollar views of the beach and the event venue itself, Miami Beach Mayor Philip Levine shook hands with Tops and officially welcomed the GCT to his city, GCT Champion Scott Brash and rider Jesssica Springsteen shared their excitement, and Tops commented on the diverse settings that the GCT has become known for. 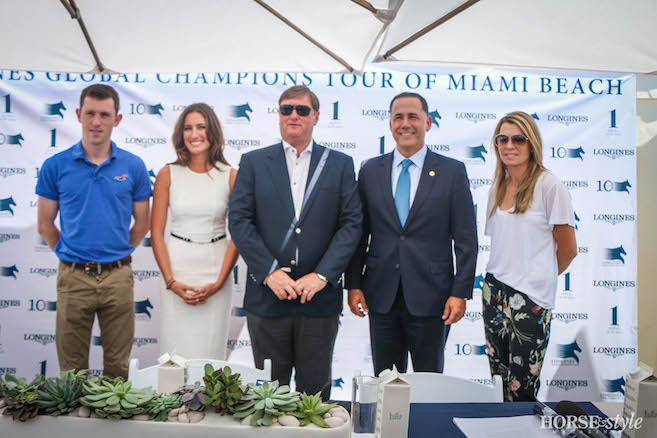 “A place like, Miami, South Beach, where can we get a better start to our season?” he commented. “It’s fantastic for us to start over here. We are very diverse – we’re not just stuck on one arena. You have to be a great champion to win the whole circuit, and that’s the beauty of our tour.”

The spectacle of show jumping directly on the beach will be an amazing way to take in the sport, and it is sure to attract new fans. Beachgoers stopped in their tracks today and watched the horses with interest as they traveled back and forth from the arenas to the stabling, which is set up just over the berm from the beach and across the street from the tony W Hotel. 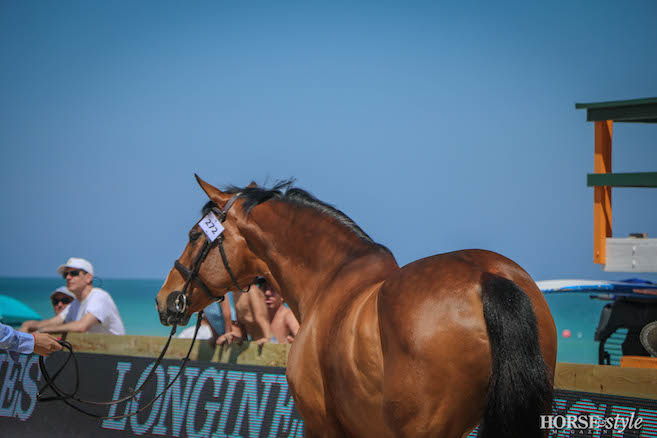 The horses took in the view, too

Most important fact to note? Admission is free to spectators, creating a lovely, welcoming environment to both the casual observer and the dedicated fan. But be warned – the 700 free spectator seats will fill up fast, so get to South Beach early to grab your seat! Can’t make it? That’s ok too. The LGCT will livestream most, if not all classes.

The full schedule is online here, and the five star riders list is available here. 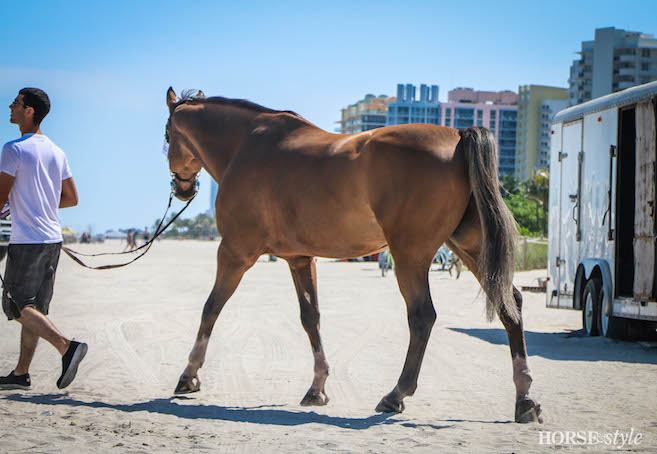 Check back with Horse & Style for full coverage of the Longines Global Champion Tour Miami Beach!