There are few things that equal the rich tradition that is the Royal Dublin Horse Show in Dublin, Ireland. Held annually for as long as anyone can remember, the “RDS” attracts thousands of horse enthusiasts, competitors and citygoers each August. Surrounding the famous Nations Cup, where elite show jumpers battle for the rights to the historic Aga Khan Trophy, are several other arenas that teem with activity from morning to night, all week long.

Enjoy these images from H&S editor Erin Gilmore, who is in Dublin this week no doubt planning the next edition of Horse & Style‘s “Horse Show Bucket List”! 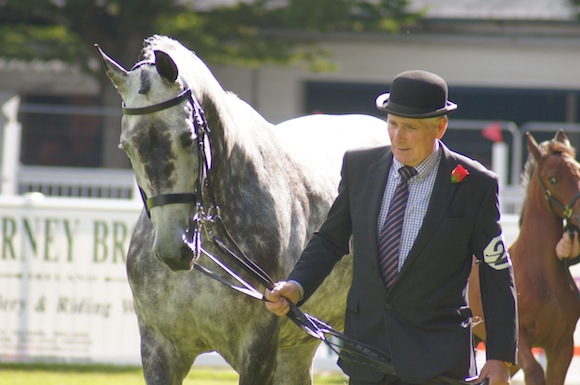 The Mares and Foals class on Saturday morning. 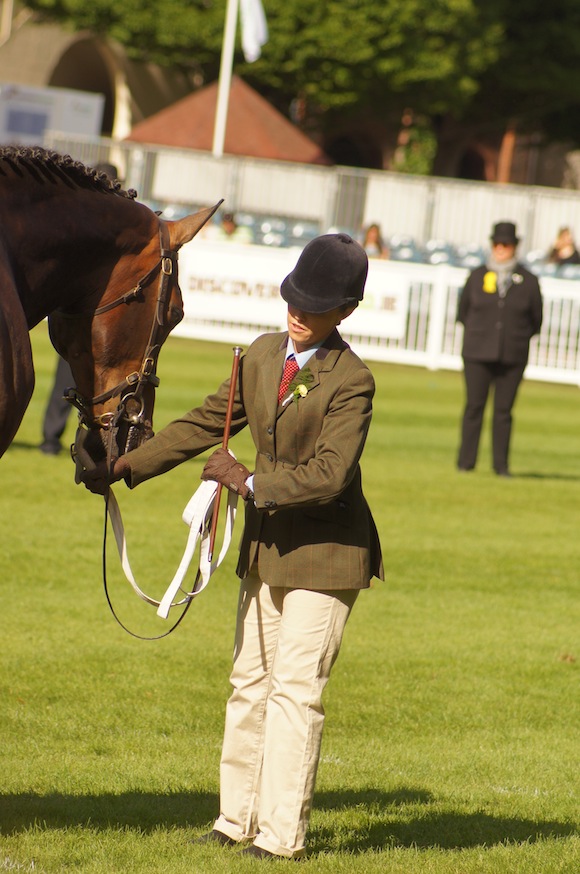 Standing up for the judge’s inspection. 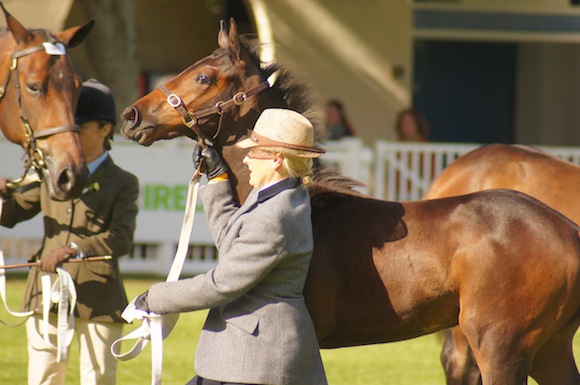 You can’t blame the little guy for being excited~ 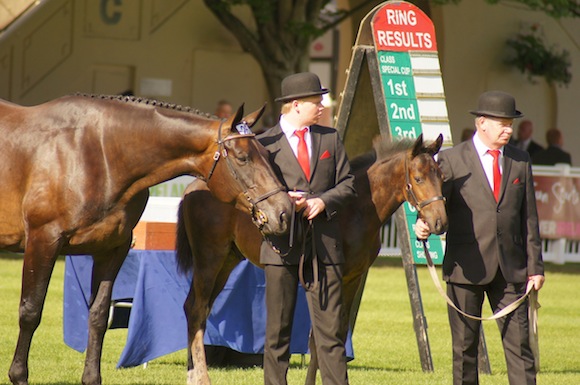 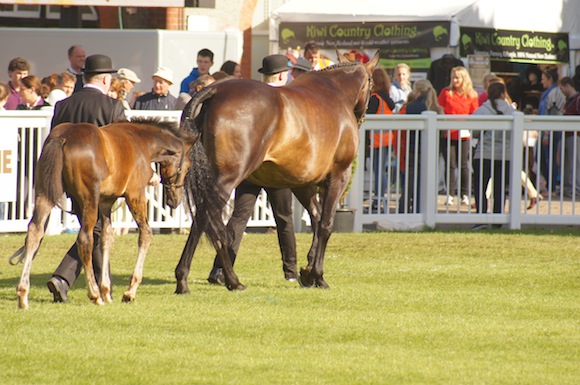 And, heading out of the ring. This pair wasn’t affected by the excitement of the show. 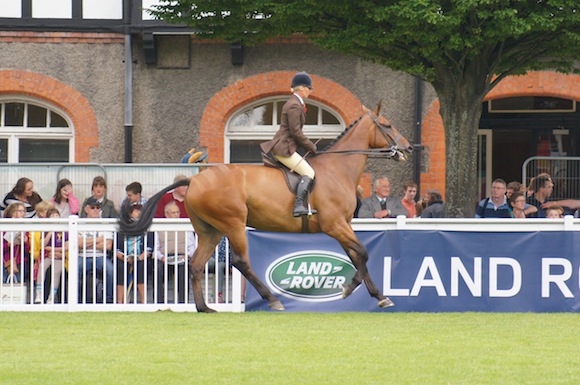 Imagine at least 10 of these Irish Draughts, galloping around the arena on the rail. There were only a few runaways… 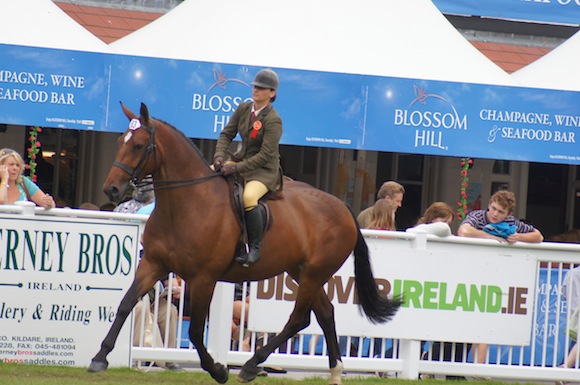 The Irish Draught, and rider in traditional formal dress 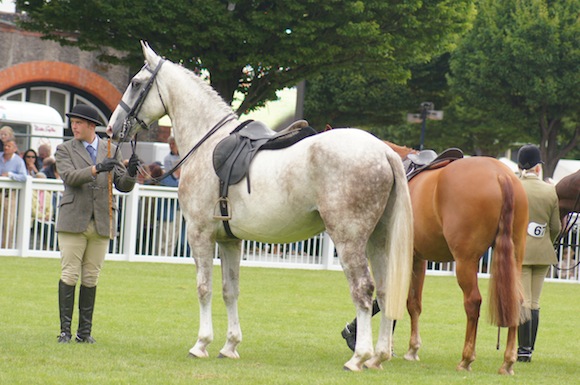 After every flat class, the horses are brought to the middle of the ring and judged on confirmation. 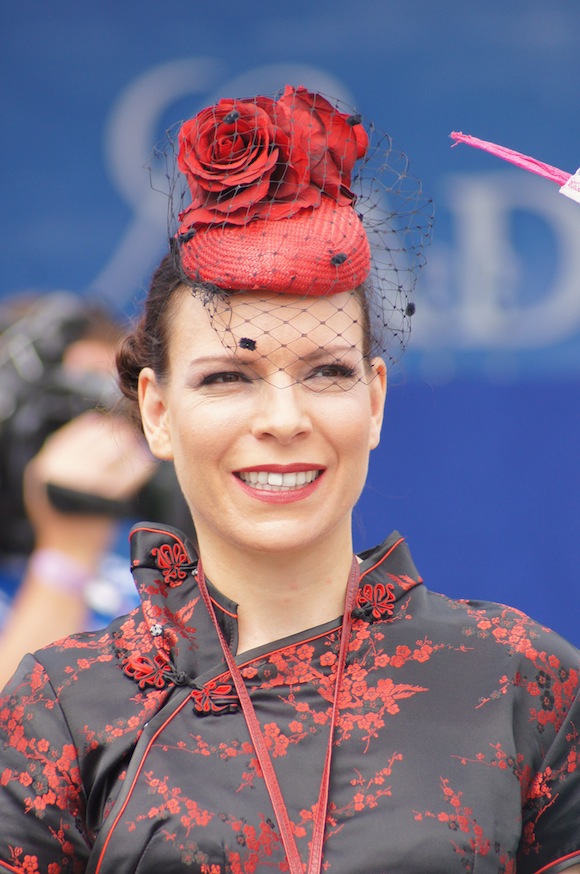 Many beautiful hats were on display during Thursday’s Ladies Day 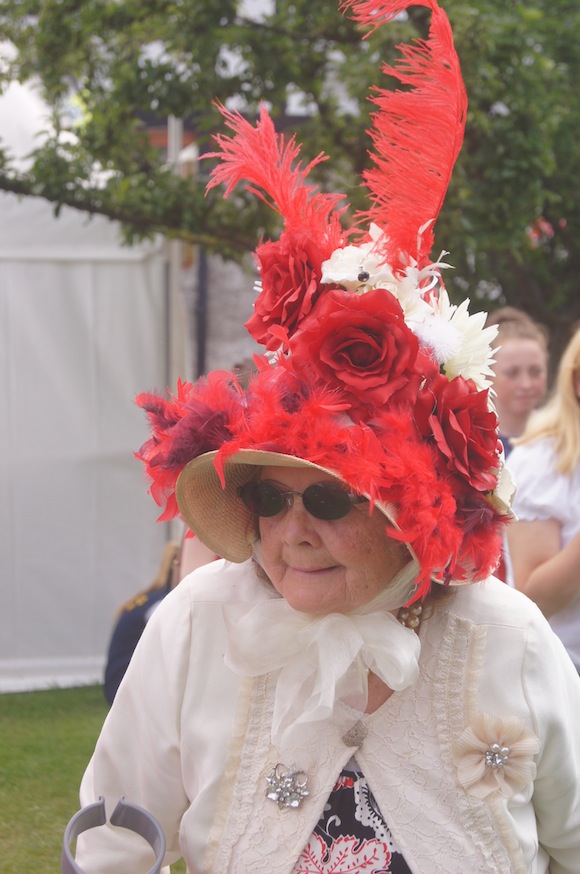 We’re guessing this isn’t the first time she’s come for the hat contest and Ladies Day! 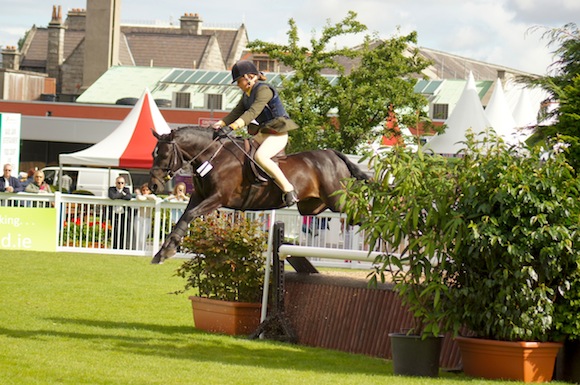 This is what a Hunter Ponies class looks like in Ireland! Lots of natural fences and brave riders. 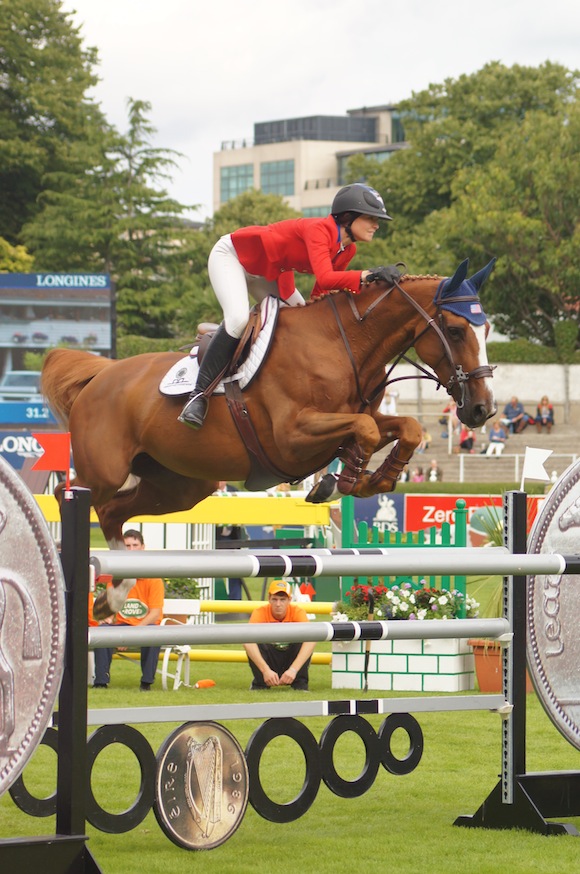 Reed Kessler is one of the Americans competing at Dublin this week.