Thirty five-year-old seasoned show jumping mainstay Christine McCrea made her debut onto the international scene in 1999 as part of the USEF Developing Rider Tour. Fourteen years later, McCrea still gets up every morning prepared to put in the hard work and effort required to stay at the top. A member of the USET Super League Tour in 2005, 2006, 2007 and 2011, McCrea has had multiple successes both on home soil and across the globe. In 2011, McCrea bested the best by winning individual and team gold at the Pan American Games in Guadalajara, Mexico.

Currently ranked as one of the USA’s top 10 show jumpers, McCrea operates and is based out of Windsor Show Stables in East Windsor, Connecticut. A native to the area, it’s a place McCrea will always call home. And with her Irish show jumping husband Jonathan, McCrea has the best pair of eyes on the ground she could ask for. H&S caught up with McCrea as she was in the midst of another busy season, competing at the top level of the sport.

Horse & Style: You’ve had a great season; what has the highlight of the year been so far?
Christine McCrea: Well there’s been a few, but one of my favorites was when Zerly was in the Challenge Cup class this past March in Wellington, Florida. 31 made it to the jump off, and she won it and she’s only 9 years old. I was pretty excited about that. Spruce Meadows was also amazing, and the success we had there made it fun, too. 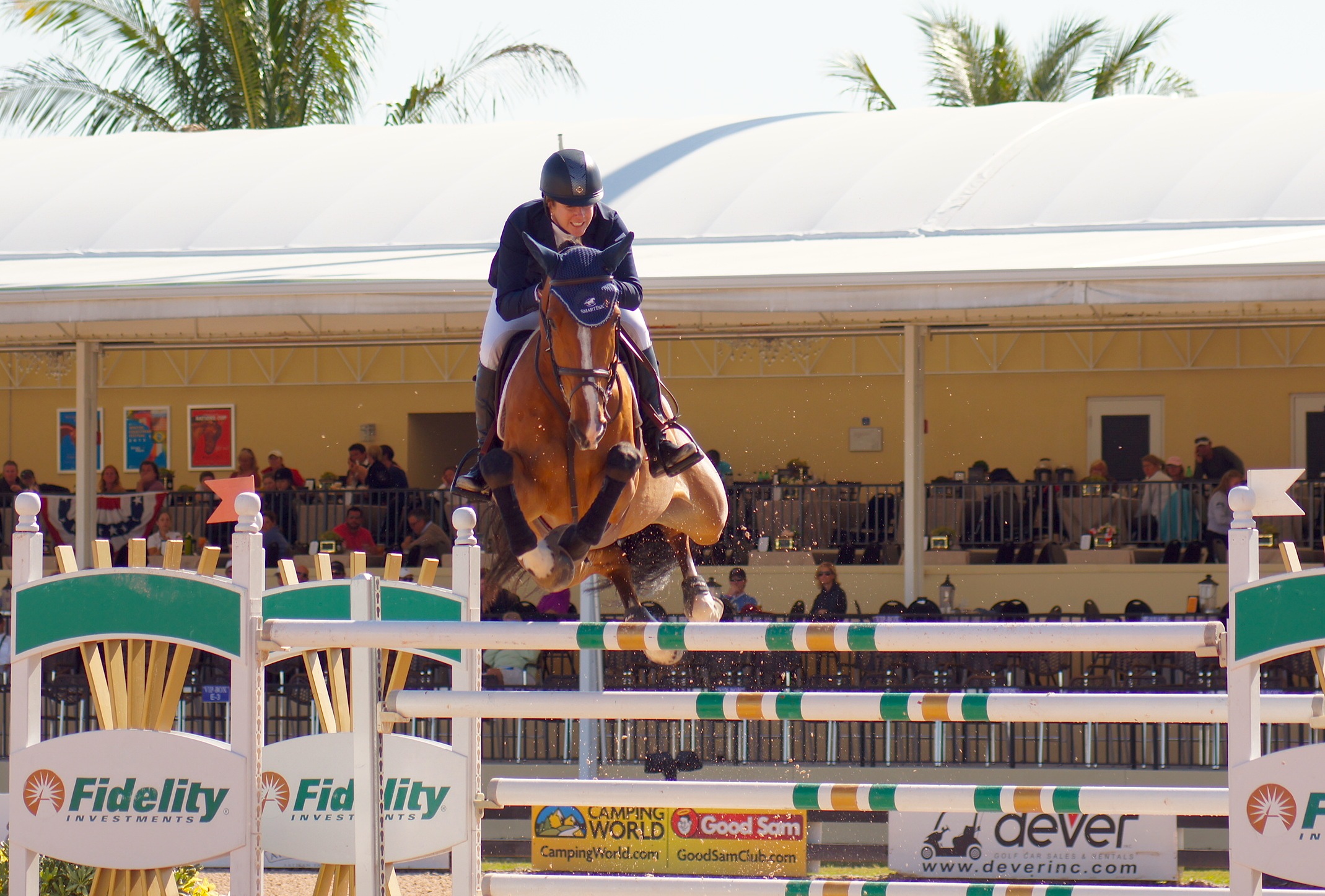 H&S: I laughed when I read that the 4th of July had escaped you after winning the Progress Energy Cup at Spruce. But that focus is probably necessary to keep everything going?
CM: I hadn’t even thought about it that day. I was so into it. Competition was so intense! But, yes, I really do focus on the task at hand.

H&S: When was Windsor Show Stables established? Do you have a large clientele base?
CM: Windsor Show Stables is just over 20 years old. We are a family-run business. My mom, Candy Tribble, is hugely involved with the day-to-day and making sure our bills are paid on time and our entries are in. My Dad, Larry Tribble, is always around as his business is just around the corner. My sister and her daughter (who just started with ponies, which is so fun) are also active with the farm. I have one amateur client, and we recently had the good fortune of a new owner. Between my husband, Jonathan, and I, if someone comes to us that has the passion and drive like we do – we will try and make it work. We are open to taking more clients, but they have to be riding close to our level and want to compete on our type of schedule.

H&S: What is the working dynamic between you and Jonathan? How did you meet?
CM: We met in Wellington; he had come over from Ireland on vacation. I don’t know if he planned to stay or not, but he ended up working with Donald Cheska. After a while, we were flying across the country to see each other and the rest is history! There is no one in the world I trust more than Jon. He tells me exactly what he sees as he sees it. We’re always looking out for each other’s best interest.

H&S: So have you taken on any Irish traditions?
CM: I have learned how to make lots of different kinds of potatoes! And, he likes his beer. Jon is almost more American than I am now, I think.

H&S: Can you tell me a little about your current string?
CM: I’ve been riding Romantovich Take One for over 5 years and we have been extremely competitive this year. Wannick WH is 10, and we’ve had him since he was five. He’s really starting to peak at the grand prix level and has become incredibly reliable. He’s grown into his scope. And, of course, Zerly. I’m extremely excited about her! She’s so smart and willing to please. Also, there is my great 8-year-old Ronaldo de la Pomme; I can’t count how many classes he’s won. He’s a little machine. Also, I have a super 7 year old by Winningmood.  This one is extremely well-bred and has shown some real improvement.

H&S: What was your biggest learning curve when you made the leap to the international scene?
CM: To compete internationally, you have to be prepared to take what you know and elevate it to the next level. I found that you have to get comfortable doing your job within the European rules and framework. Add in the uneasiness of not even understanding the language being spoken around you to complicate it further. As far as the horses, it’s another level of fitness for them as well. Just about everything increases in intensity. That being said, it is such a rush when you do well and the American anthem is being played.

H&S: You have been part of several Nations Cups and have represented the US numerous times – do you feel the added pressure in a team setting?
CM: I definitely feel added pressure to perform well when I am representing my country, but I like getting a little nervous. It makes me ride better! There is no greater honor than representing your country.

H&S: Can you describe your riding nirvana?
CM: I really like being home and riding around in my field. It’s so nice to do that since I’m not home that often. That to me is heaven.

H&S: What do you think is the difference between a good and great rider?
CM: I think you have to have the stamina and determination in the sport because it’s such a long road from beginner, to middle, to professional to international. You have to be determined to get there, take your losses along the way, and learn from it and fix it – to remain competitive. After that, there is a need for a really, really nice horse. You have to have the whole package.

H&S: Who are the biggest influencers in your career?
CM: Leslie Howard, for sure. She taught me for 11 years, and then Kim Prince helped me. George Morris has been in and out of my career for probably 15 or 20 years. There are a lot of special people who helped me along the way.

H&S: Any memorable George Morris sayings?
CM: All I hear in my head when I am coming to a practice fence is George saying, “deeper, Chrissy, deeper!” That and the occasional, “Chrissy, WHAT are you doing??’ That one makes me laugh!

H&S: What is your one bad habit in the saddle?
CM: I’m constantly working on sitting up and leaning back. I use the forward style of riding, but sometimes my shoulders can tilt a little too much.  I’m always reminding myself to keep back, especially off the ground.

H&S: And finally, what is something a lot of people may not know about you?
CM: I have to DVR ‘Days of Our Lives.’ It’s kind of embarrassing.

This article was published in the Oct/Nov issue of Horse & Style Magazine. CLICK HERE to read the entire issue online!