The Trump Invitational: A Day in Pictures

Wind, rain, or, well, rain, the show went on at yesterday’s super-glam $125,000 Trump Invitational CSI2* at the exclusive Mar-a-Lago club on Palm Beach Island, Florida. Ever since last year’s Inaugural invitational, I’d been looking forward to this event. It serves as a kickoff for the most magical time of  year: show season in Florida and the FTI Winter Consulting Festival! The setting for the Trump Invitational is one of the most unique in show jumping; with the Intracoastal Waterway mere steps away from a specially constructed arena on Mar-a-Lago’s vast grounds, the stunning backdrop and gorgeous lush green lawn make for some great pictures.

That was, until Mother Nature pulled her trump card (pun intended.) A strong rainstorm blew through the area on Sunday afternoon, and stayed for the duration of the show jumping action. Spectators who paid $1,500 a plate to be there made the most of the conditions, and took cover under the VIP tent to cheer on the riders, 26 of whom soldiered through the conditions to compete for first place. Kent Farrington, who won the class with Blue Angel, said that overall, he enjoyed the class more than last year due to major improvements in the footing. Even under inches of rain, the footing was safe and rideable, and he merely called the effects of the rain “uncomfortable.”

Herewith is a photo journey of the day, thoroughly illustrating the change in skies throughout the course of the afternoon. Enjoy! 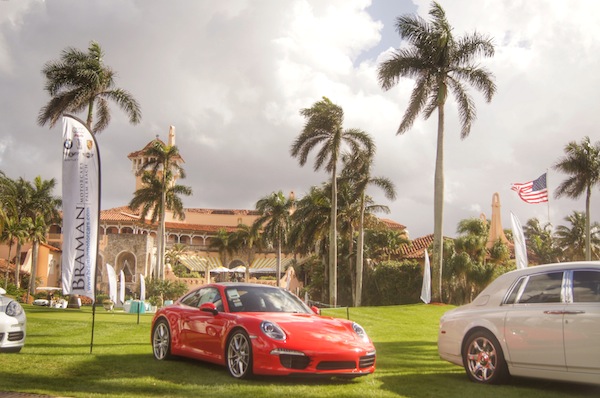 High end cars sparkled like jewels on a woman’s wrist under the sunshine on Sunday morning. The Mar-A-Lago mansion rises above in the background. 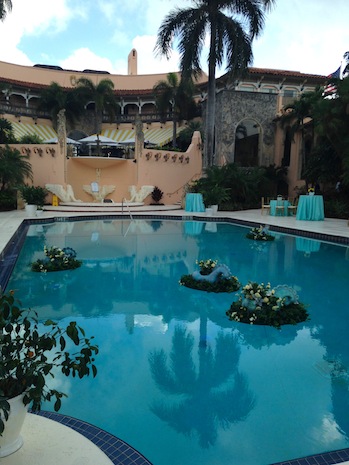 It was toasty enough to want to dive into the clear blue pool at Mar-a-Lago. Little did we know that taking a dip wouldn’t be a problem later that afternoon…

The welcome reception was held outside the pool house. 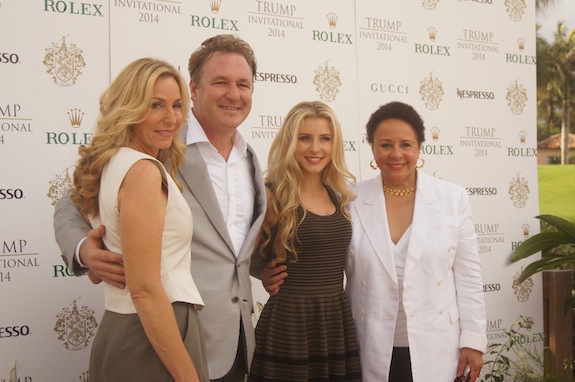 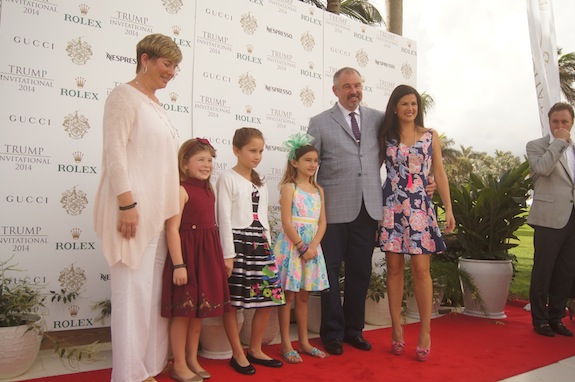 A cute Palm Beach family. No matter that I was pretty sure I was wearing the same shoes as the little girl on the left. . . 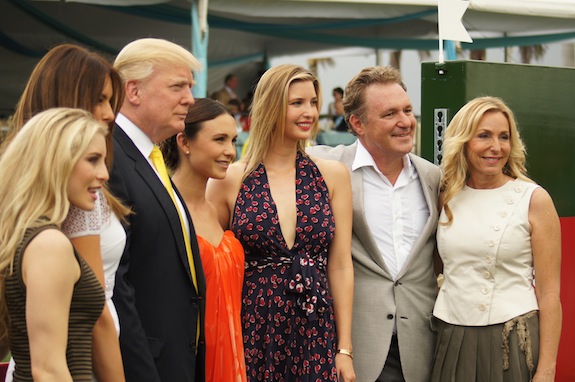 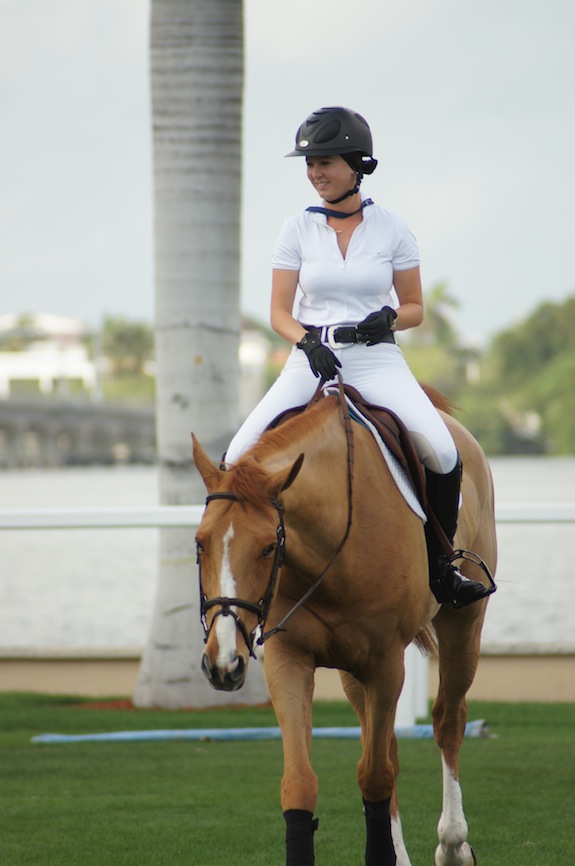 Meanwhile, the riders let their horses stretch their legs in the warm up field next to the water. Here are Meagan Nusz and Dynamo, winner of the 2013 Trump Invitational with Kent Farrington. 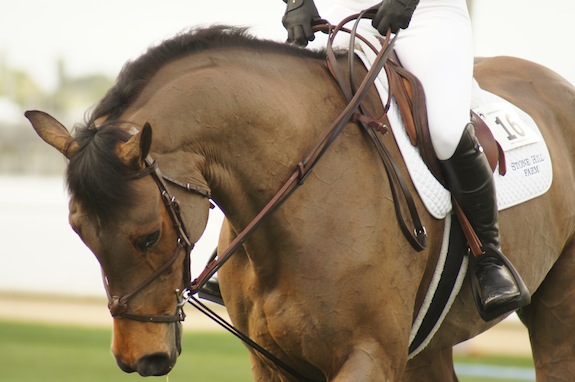 Jessica Springsteen’s Vindicat made for a gorgeous example of horseflesh as she hacked him around the warmup area. 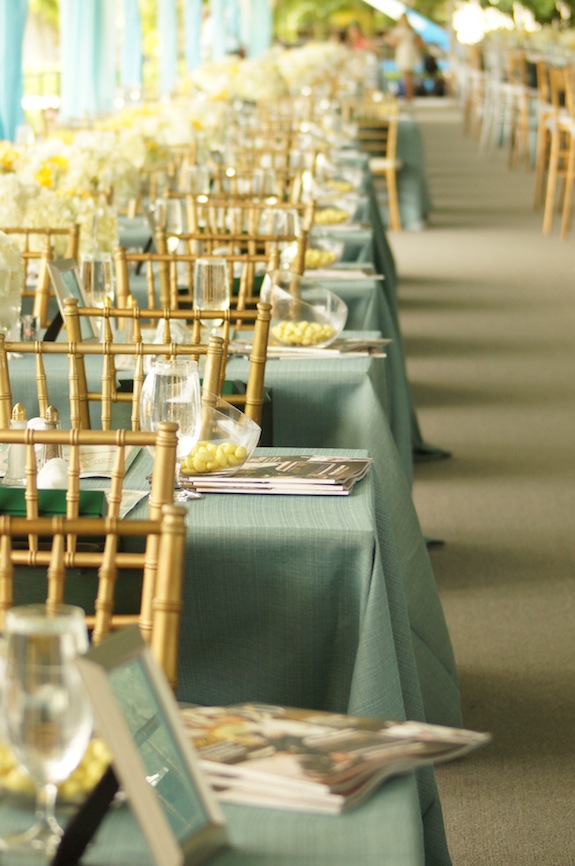 Meanwhile, inside the enormous VIP tents, the tables were set beautifully and awaited their guests. 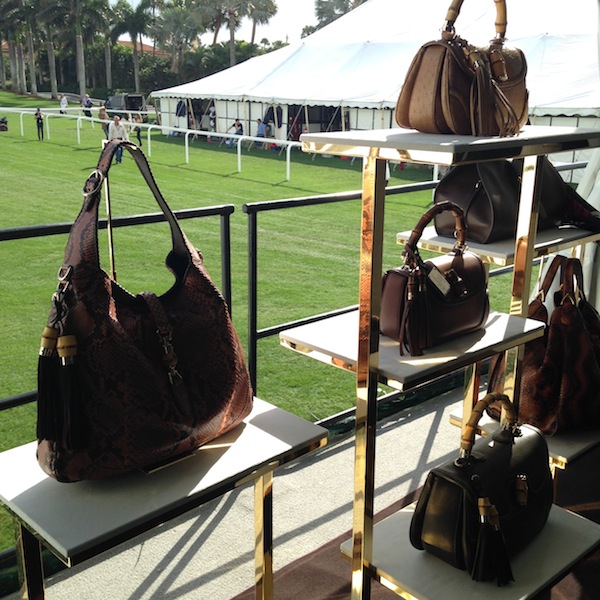 Gucci had a presence at the Invitational, with hangbags and apparel on display near the entrance to the VIP.

But alas, trouble was on the way, in the form of ominous clouds rolling towards Palm Beach Island. 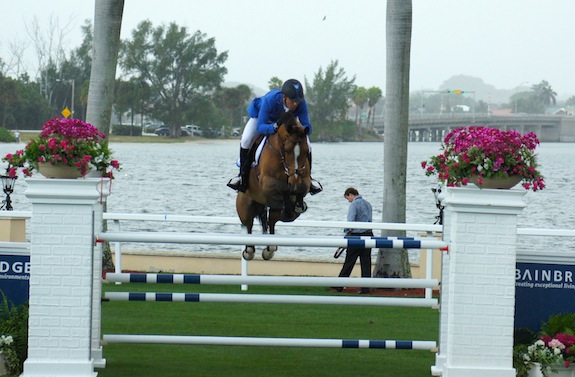 Early on, it was simply cloudy. Alvaro Doda de Miranda was 2nd in the order of go. 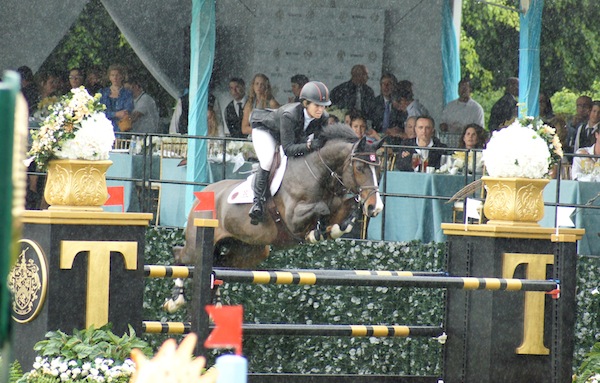 But, the luck didn’t hold. Beezie Madden and Coral Reef Via Volo jumped an amazing clear in the downpour. 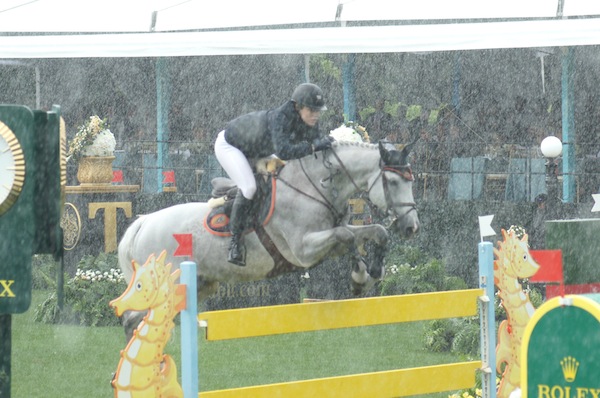 H&S columnist Saer Coulter had just one rail down with Carmena Z during an even heavier downpour. 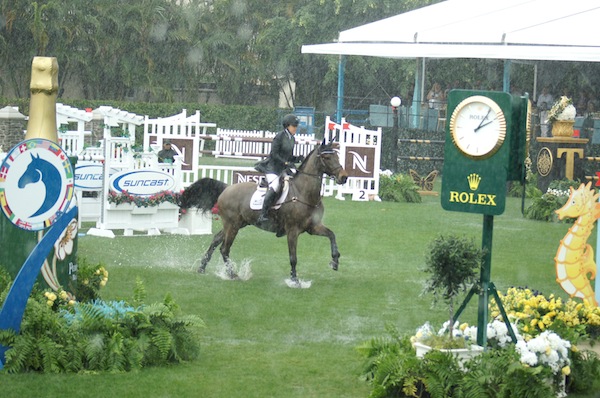 Brianne Goutal had several rails down as she splish splashed her way around the course. 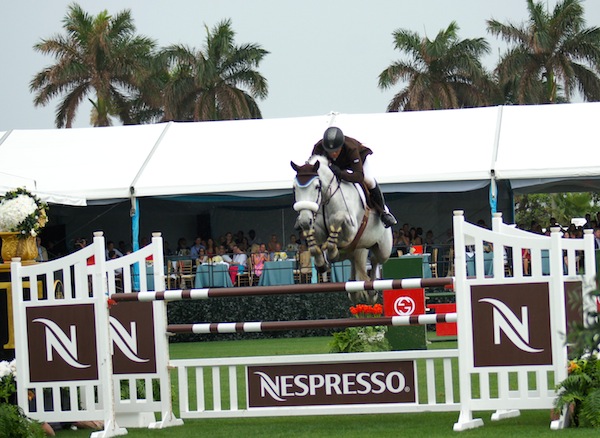 While it was debated whether or not to hold a jump off after seven riders went clear, the jumpoff did indeed go on, with Todd Minikus and Uraguay jumping double clear for third place. 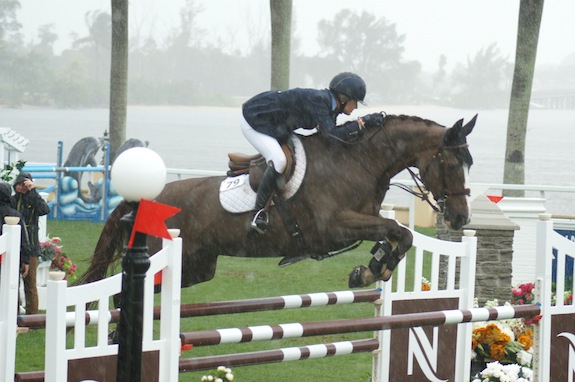 Candice King and Kismet 50 were in brilliant form to finish 2nd. 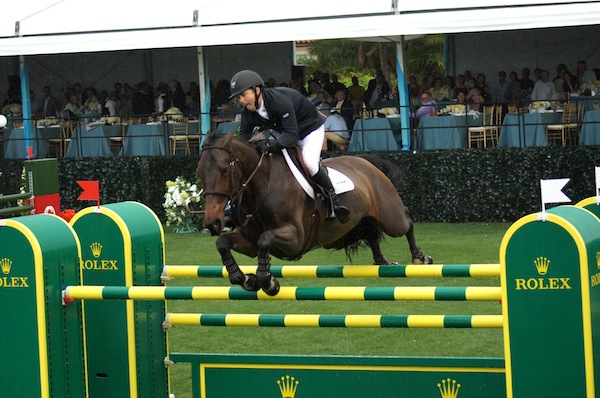 And Kent Farrington, shown here over the final fence with Blue Angel, won it for the second year in a row. 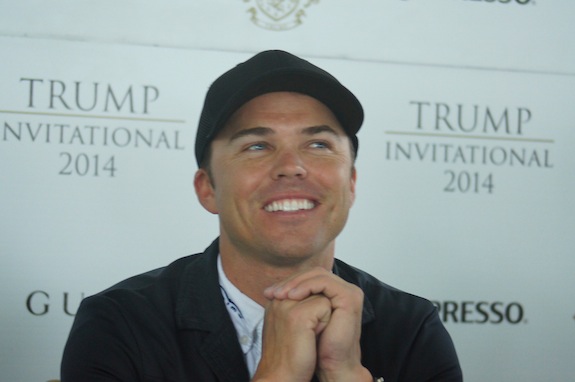