Inside the Private Collection of Emile Hermès in Paris

What a way to begin a weekend in Paris! Today, Horse & Style arrived in the heart of Paris, France to attend the Saut Hermès Jumping International CSI5* as a guest of Hermes. The “Le Saut” begins tomorrow, Friday March 14th at the gorgeous Grand Palais.

As soon as we arrived in Paris this morning (we being myself, Publisher Sarah Appel and our editor Erin Gilmore) we were whisked away to the Hermès  flagship store located deep in the Rue du Faubourge Saint-Honore (think of it as the Parisian equivalent of Rodeo Drive) for an exclusive and rare look at the private collection of Emil Hermès . Situated on the floors above the Hermès  store, the Emil Hermès  Museum is an astounding series of wood-paneled rooms lined with everything from Hermes’ personal collection of equestrian antiques from around the world, to original Hermes products. Emile Hermès  was the third-generation president of Hermès, and spent decades collecting the items that fill his former offices. Hand stitched saddles from the 1800s, an astounding collection of spurs, elaborate bits, and of course Hermès  leather products from carriage harnesses to bridles fill the walls in each room.

It was overwhelming in the best way possible, a centerpiece of equestrian history featuring literally hundreds of items, each with their own fascinating story of how they came to be, and how they’ve inspired current Hermès  products. We were led from room to room by Stephanie Lavarrie of Hermès , who explained that “the collection is the spirit of Hermès  and the soul of the company. The story of the company is within this collection.” The museum is only open by private appointment, and we were thrilled to be allowed access to this rarely seen collection. Enjoy a few images of our favorite items, and check back with H&S throughout the weekend. We’ll be writing in daily from Saut Hermès  to bring you exclusive inside looks at what’s widely considered to be the most elegant show in the world! 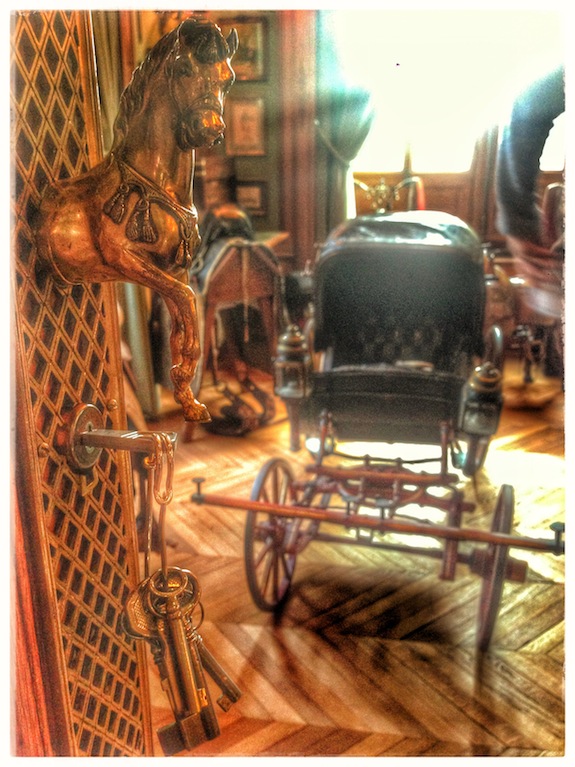 Enter a room of Hermès Museum through this ornate door – naturally, the handle is a brass horse, and an antique carriage lies just beyond the doorway. 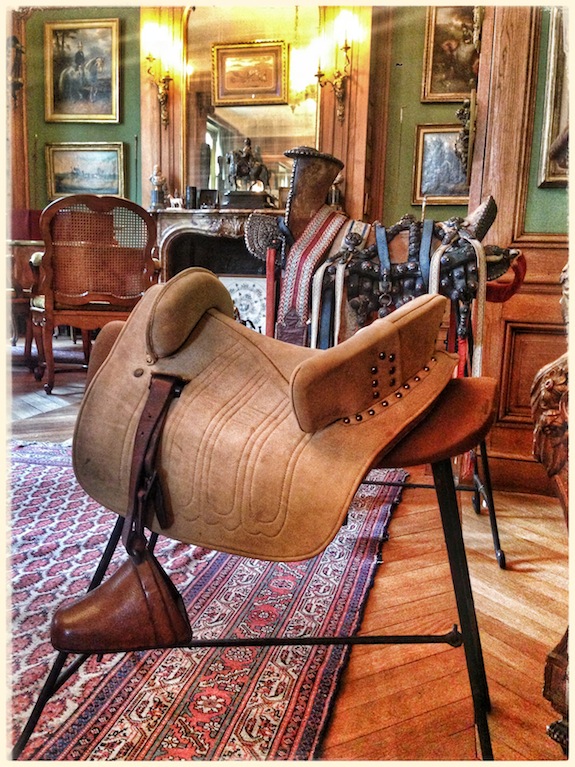 This child’s saddle was custom stitched in the early 1900s. The stirrups are pigskin, and when the saddle’s original owner grew out of the ponies and onto horses, the saddle was donated back to the Museum, with the assurance that it would be cared for always. 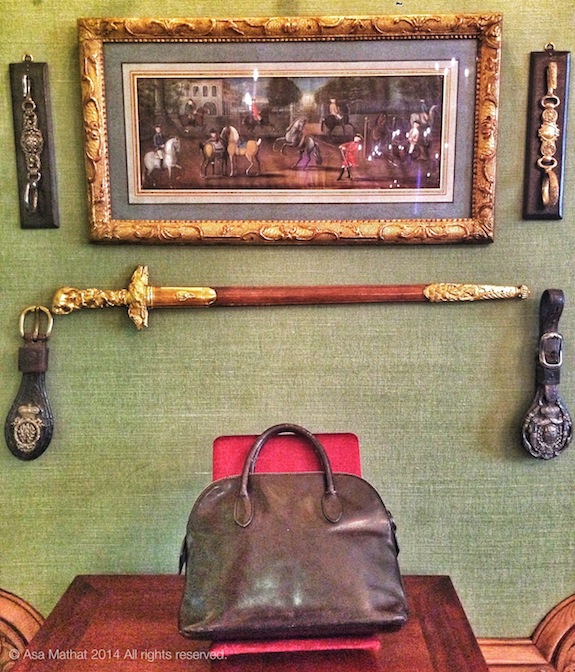 This original Hermès satchel was originally designed for a woman who traveled often – it was made with a shape in mind to fit in the trunk of the earliest vehicles. Today, modern Hermès handbags are inspired by its, simple, classic construction. 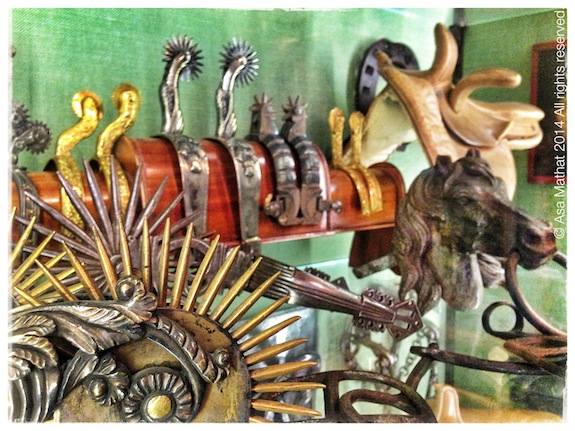 Many pairs of spurs are displayed in cabinets and on the walls of the museum. Those spikes in the left hand corner of this photo are a pair of especially dramatic spurs – hopefully used with a very light leg, if at all!

It is difficult to convey just how striking a sight the Emil Hermes Museum is. These images by Asa Mathat Photography do it justice.