Gone are the days when a horse has many functions, from working, to transportation to companionship. Nowadays, especially in the hunter/jumper world, horses are trained in very particular skill sets. In the competitive equestrian world, horses are increasingly sold to fit niche roles for specific divisions. It’s becoming less common to find horses that cross-compete in the hunter, jumper, and equitation arenas, and that is part of what makes Mt. Colebrook so special. “Colby” not only shows in all three rings, but does so successfully at top shows on the West Coast.

An ex-Advanced Level three-day eventing horse, Colby is no stranger to wearing different hats. But life hasn’t always been easy for the 20-year-old off the track Thoroughbred. Just three years ago, he was neglected, starving, and announced so lame that he would never come back to work. When his owners could no longer afford to pay his bills, they abandoned him and the local stable decided to let him starve. Thankfully, trainer Victoria Faerber of Sycamore Farms in Malibu, CA caught wind of the situation. Faerber knew of Colby from his days showing on the East Coast and was determined to save him. That determination paid off in more ways than one when she arranged to have Colby donated to the Compton Junior Posse, a charity organization that provides inner-city youth in Los Angeles with the opportunity to stay on horses and off the streets. Through Compton Junior Posse, both Colby and the youth that rode him got a second chance.

Enter Marcy Connelly Wehde, Colby’s current partner. Last year while Colby was coming back to work, and Marcy was in between horses, Faerber placed the team together as a temporary solution. To all of their surprises, Marcy and Colby simply clicked. The duo spent two weeks at HITS Thermal together and despite it being their first show together and Colby’s first time in the equitation ring, they won the title of Overall Circuit Champion in the Adult Equitation division. Most recently, Marcy and Colby tried their hand in all three rings at Menlo, to great success. When not competing with Marcy, Colby is still occasionally ridden by members of the Compton Junior Posse. Marcy takes him on trails around Malibu, where their stable is currently located, and rewards him with bananas. 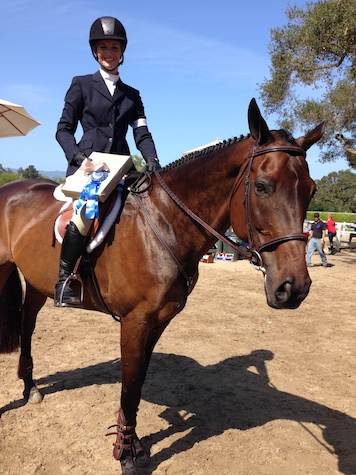 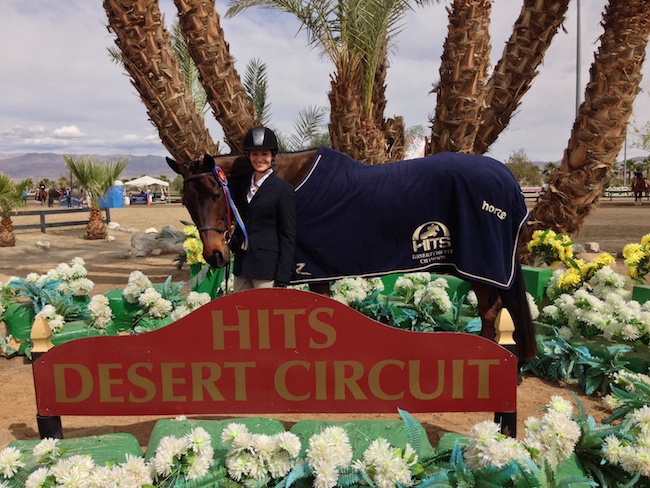