A Day in Pictures at The 2015 Trump Invitational 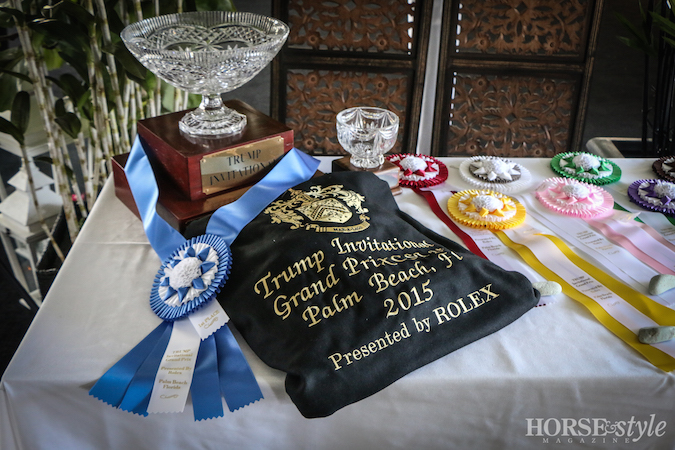 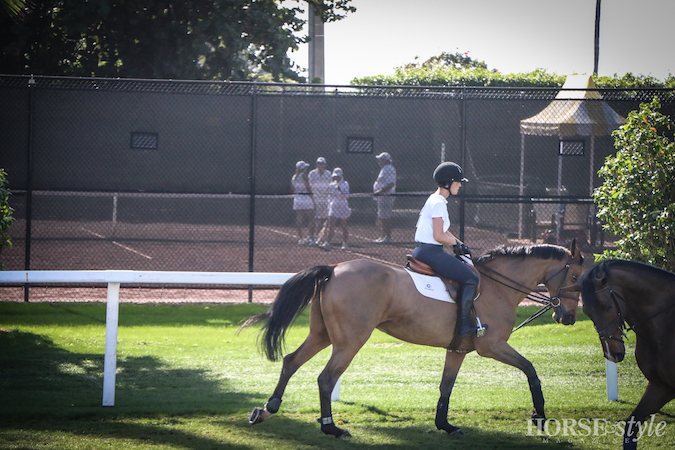 Mar-a-Lago: where the warmup ring is within range of the tennis courts 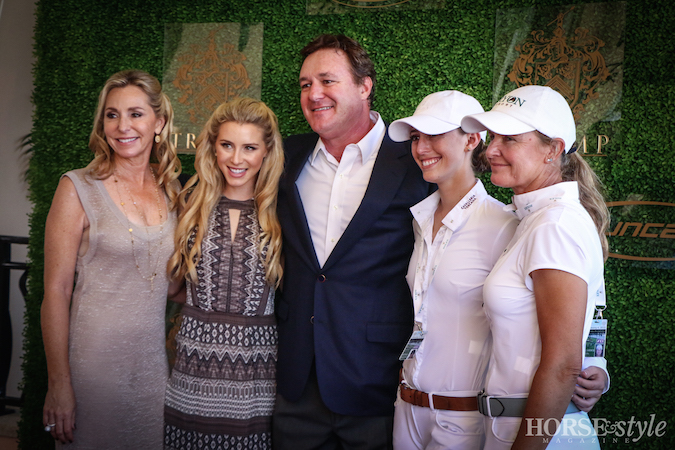 The Bellissimo family (with trainer Candice King on the right) hang out in the media zone during the VIP reception. 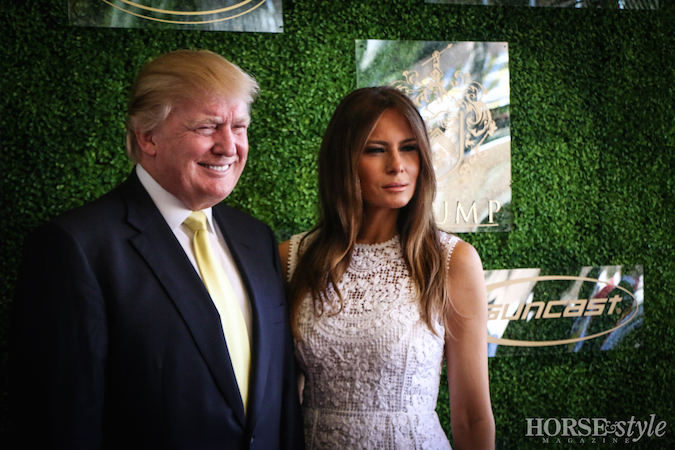 Trump himself with wife Milania, who was sporting a fierce paparazzi gaze 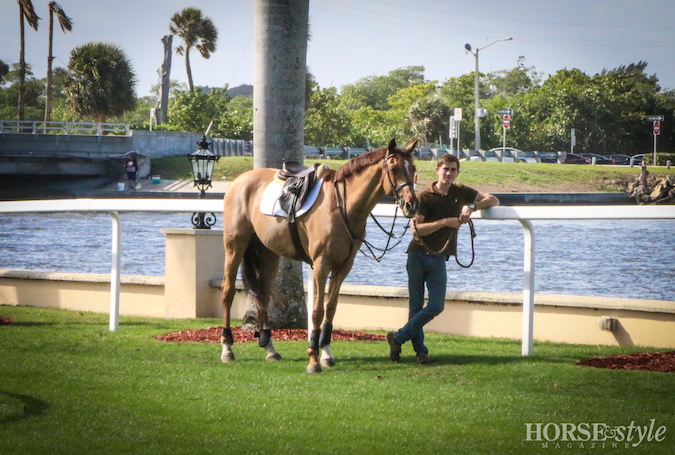 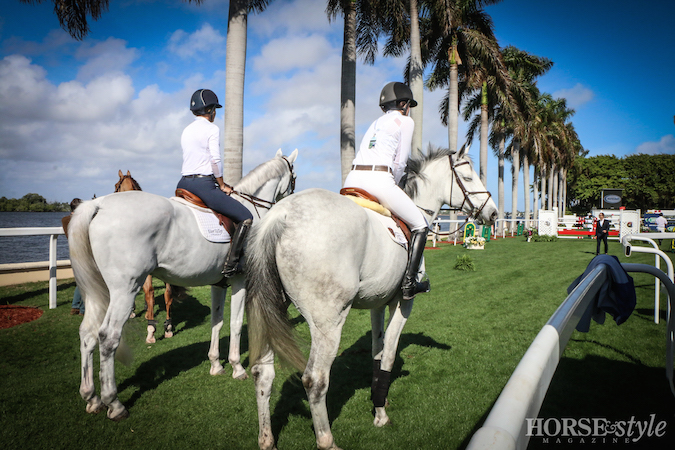 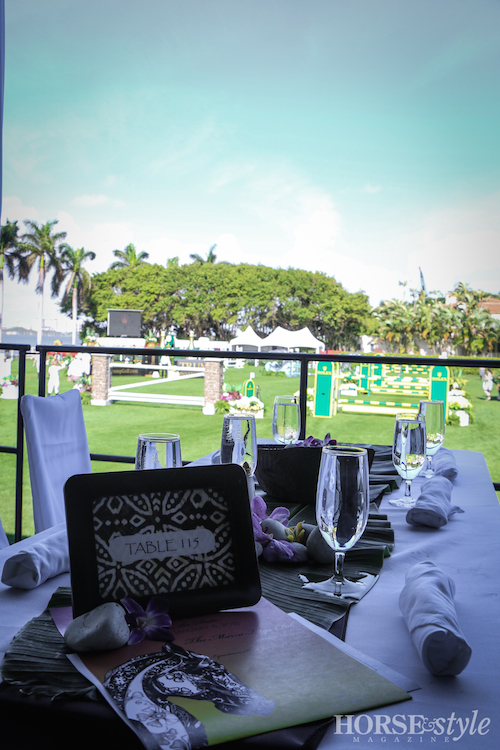 How the 1% watches show jumping. The event is not open to the public, but it attracts several hundred VIP spectators 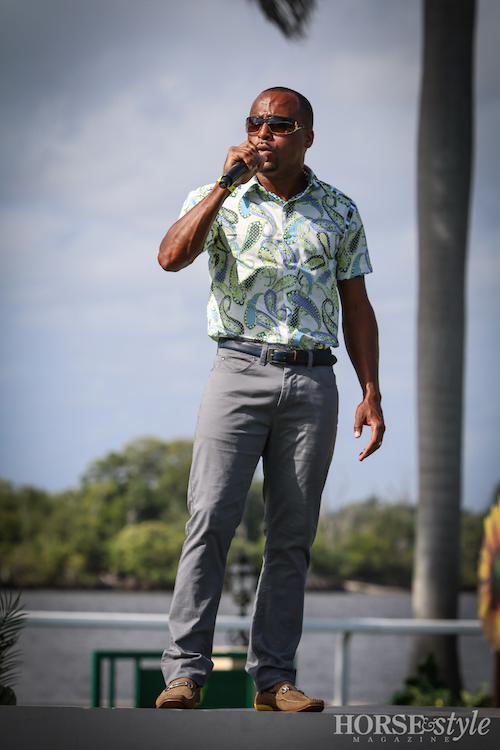 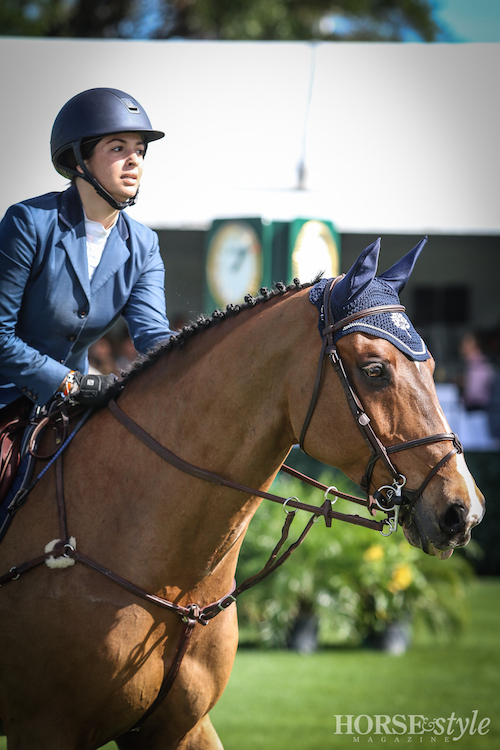 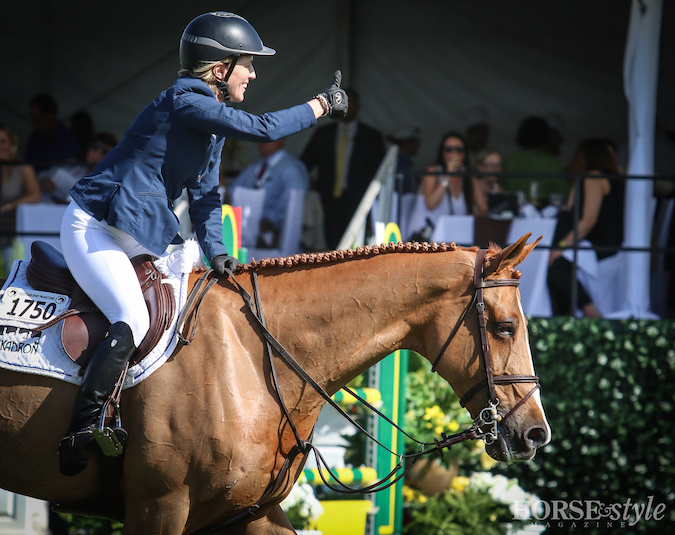 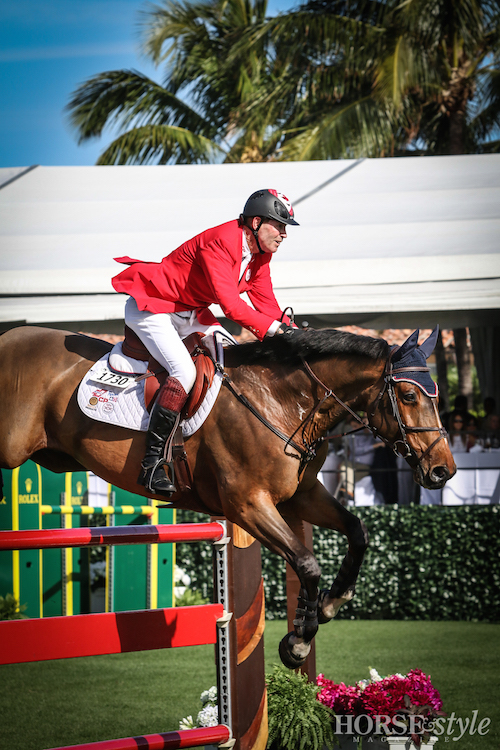 Ian Millar and Star Power had a great round, but tipped the final fence in Round 1 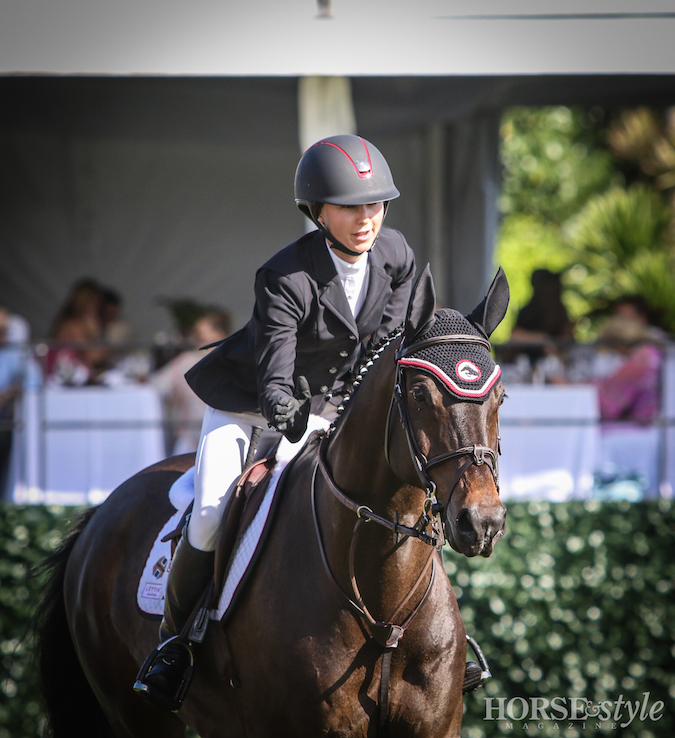 Georgina Bloomberg gives Caleno 3 a pat after their round 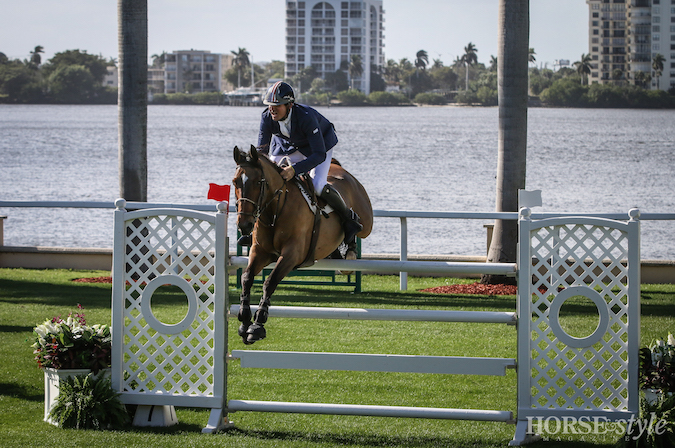 That view! And Charlie Jayne with Playboy 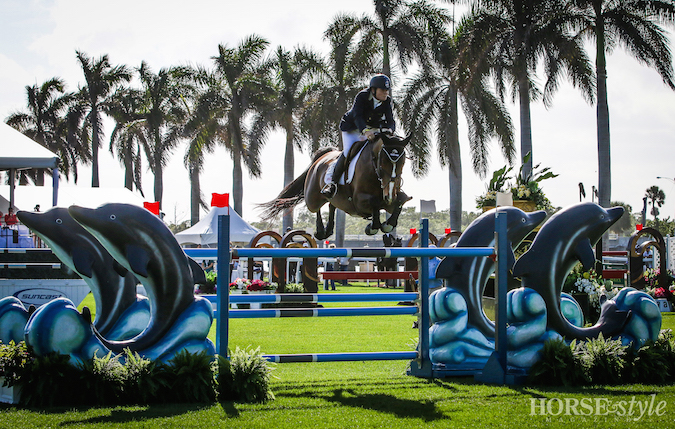 Leslie Howard and Utah fly over the appropriately-themed dolphin oxer 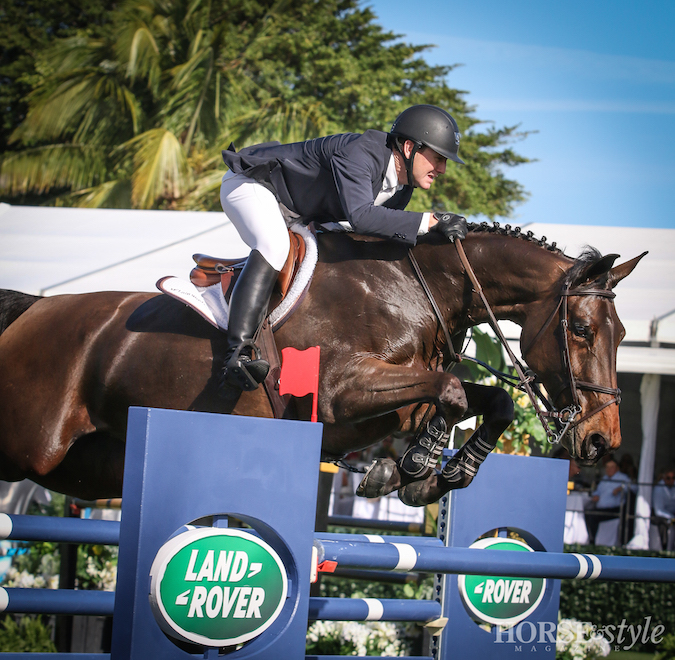 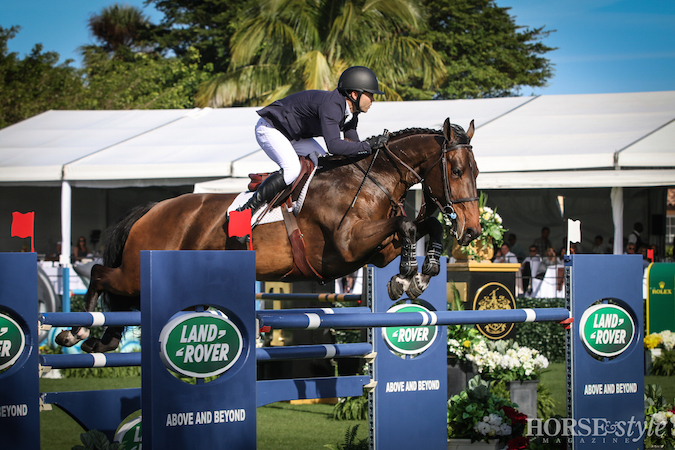 And Kent. The heavy favorite to win the class, he sped over the first round course with Blue Angel 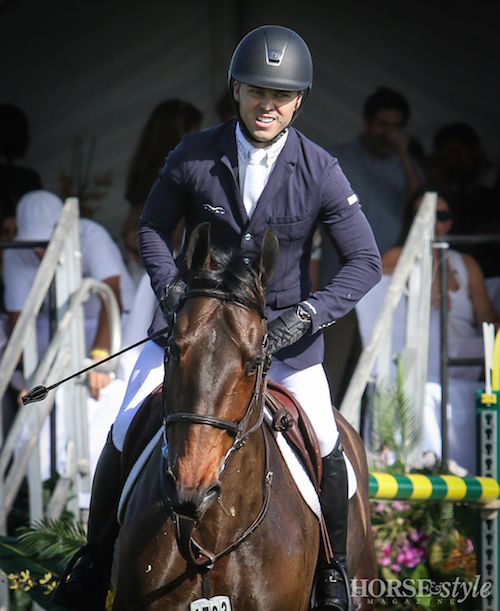 This is how Kent smiles after a clear round 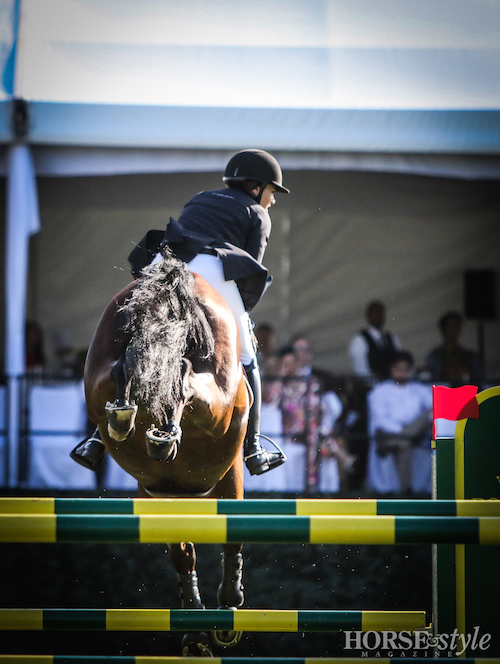 Brianne Goutal and Ballade Van Het Indihof placed 3rd, and were clear in the jumpoff, here 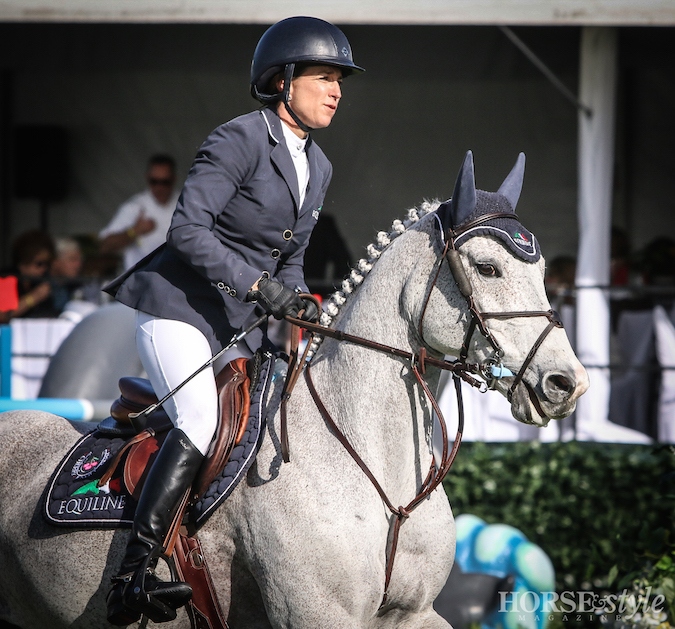 And these guys. Cedric may be 17-years-old, but don’t tell him that! 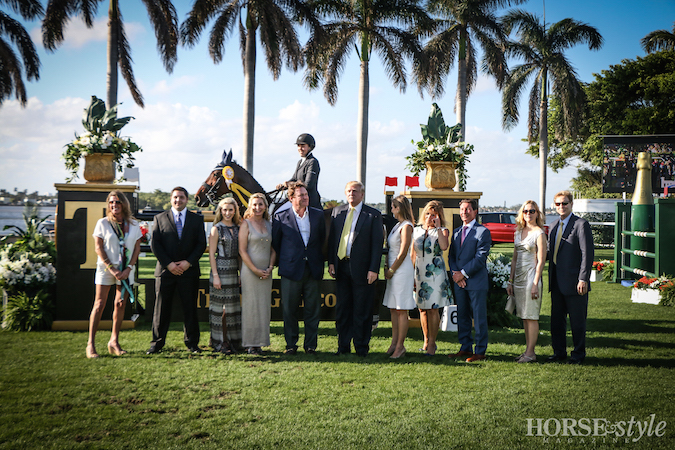 However, Brianne’s horse wins for being the only one to pose with his head above this line of dignitaries during awards photos 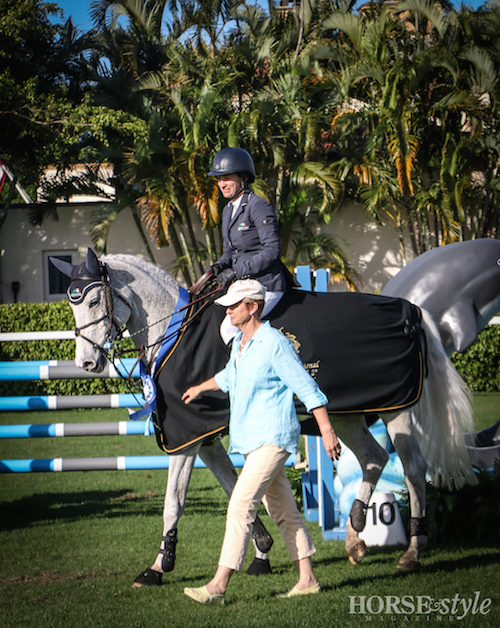 In a nice touch, Laura and Cedric entered the ring with owner Margaret Duprey of Cherry Knoll Farm 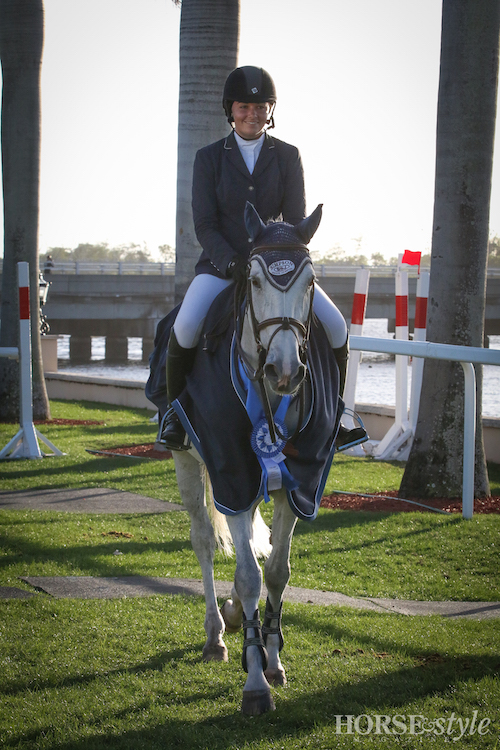 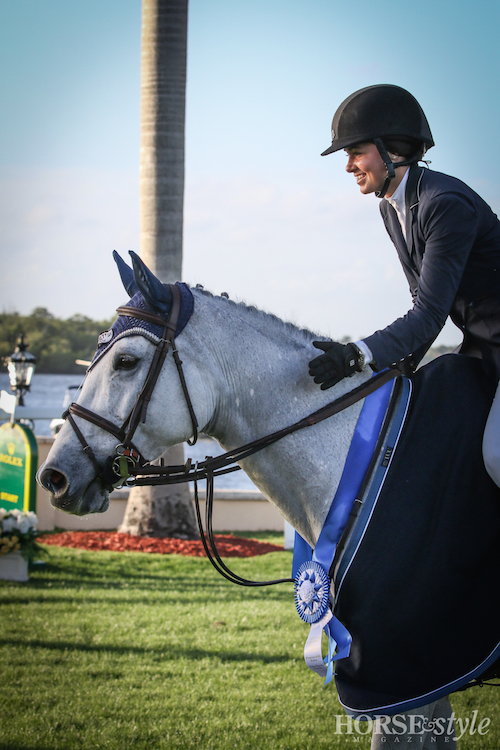 Another great shot of Sophie and HC Woopy, who made it a day of double grays in the winner’s circle at the Trump Invitational 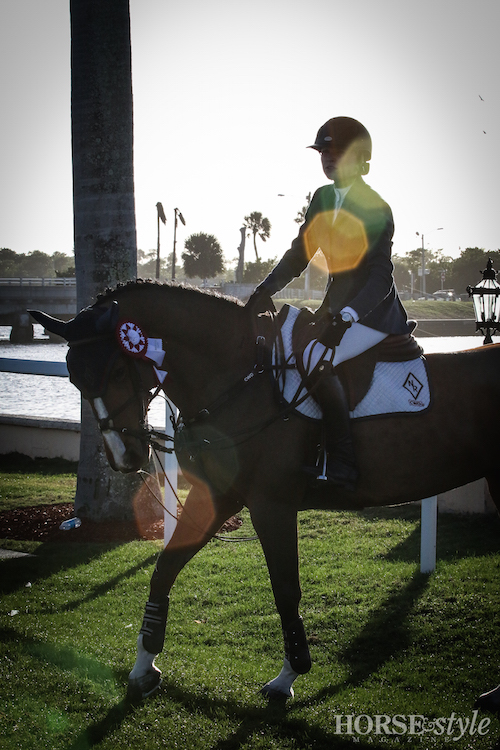 Into the setting sun: Addison Gierkink and Tiffany were 2nd in the Jr/Am Owner 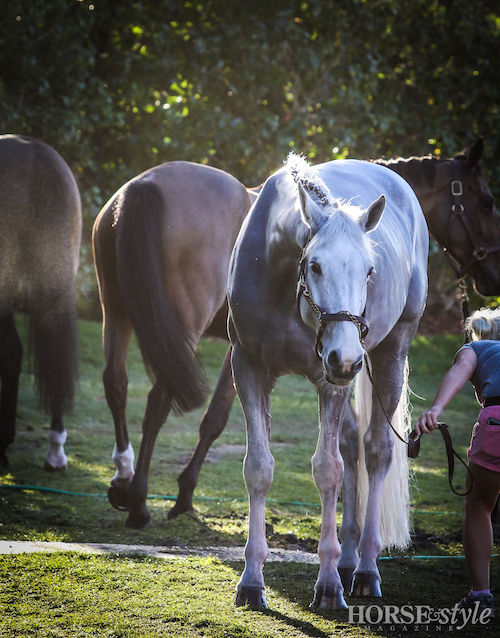 And with that, the horses got a quick wash-down and were shipped back to Wellington! 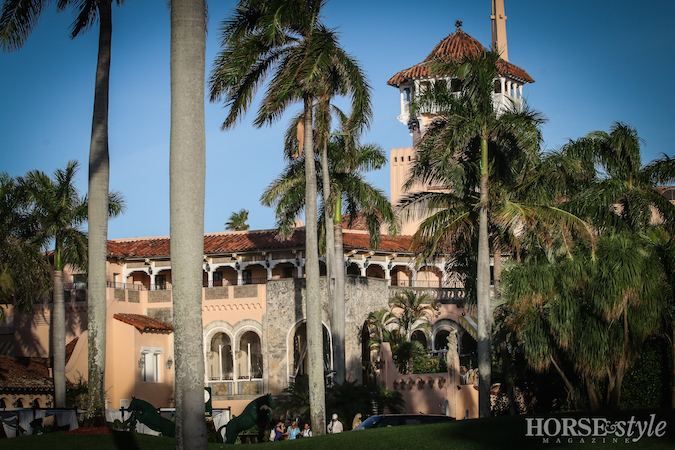 See you next year, Mar-A-Lago!