Hooves in the Sand on Miami Beach

GCT Miami Beach has been over for two days now, but some of us are only just recovering from this horse show hangover. I imagine that the European riders and horses, who flew straight out of Miami and back across the Atlantic on Sunday evening after the grand prix, are taking a few days to get reacclimatized to arenas not within arms reach of an aquamarine sea, and might be feeling the chill of a European spring just a little more acutely.

For one and all, the experience of the Longines Global Champions Tour Miami Beach had an unreal quality. Unquestionably, this debut of the Global Champions Tour in the United States was a hands-down success, and left us Americans hoping for more stateside editions in the future. And that was before we considered the actual events of the show, namely, Scott Brash and his flawless displays of skill on two different horses to win the two headline classes of the show. Fourteen-hour work days have a tendency to make the press more witty (see headline “Red, White and Brash“), and the good-natured jokes flew in the press room as we typed our stories; “British Invasion”, “He Stormed the Beaches”, etc. There was talk of tossing Brash into the ocean for a celebratory dip, maybe that will happen next year. In any case, it was a privilege to watch this 29-year-old Olympic gold medalist and his horse canter into the ring. Brash, humble as the day is long and charming with his Scottish accent, is simply a machine whenever he picks up the reins. If you want to know why I got to the horse show before sunrise each morning, well, watching Brash quietly school Hello Sanctos as the sun rose behind him was reason enough.

For you, the show jumping fan who may have attended LGCT Miami Beach, or may have just watched the online livestream, it is important to note that this series will continue for 14 more weeks throughout 2015. The production quality of the Global Champions Tour has been changing the sport in Europe for the last decade, and it was about time that GCT founder Jan Tops brought his brand of show jumping to the United States. The support that the horse show received (notably from the Mayor of Palm Beach, who was on hand to make a quip about “sand in the hooves”) was encouraging, and points to LGCT Miami Beach returning next year.

There couldn’t be better news. While other new show jumping venues have fallen short by creating an air of exclusivity and shutting the public out (I’m looking at you, Central Park Horse Show), GCT Miami Beach welcomed one and all to experience the show for free. If those of us invested in show jumping wish to see it grow and thrive in this country, supporting horse shows that work to attract new fans is the most important thing we can do. So mark the date now and make your plans to attend LGCT Miami 2016. And don’t forget to pack your bikini for an unforgettable weekend on the beach. 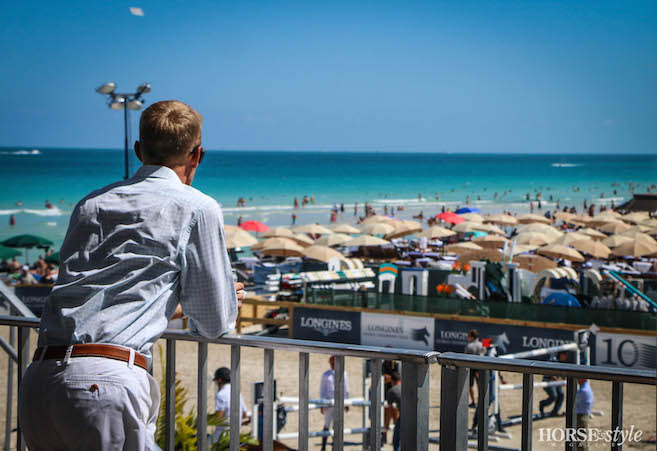 Sunbathers mixed with horses for three days in Miami Beach 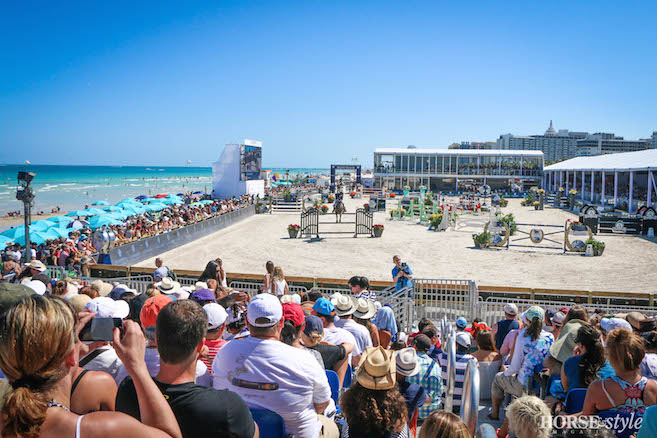 On grand prix day, the free spectator seating was packed despite high temperatures, and people lined the arena wall for a close up look at the action 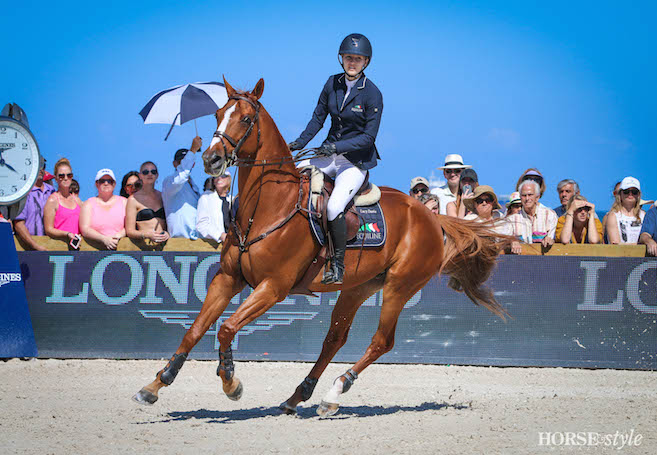 Lucy Davis and Barron – who says horses spook at umbrellas? There were plenty lining the arena in Miami 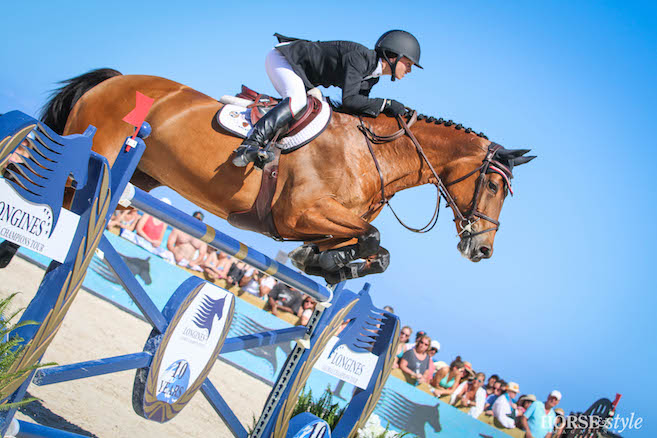 Georgina Bloomberg and Lilli jumped clear in the first round 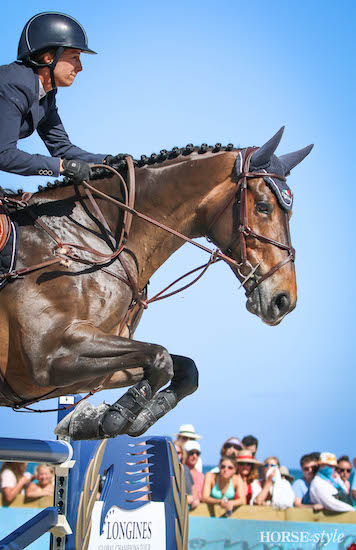 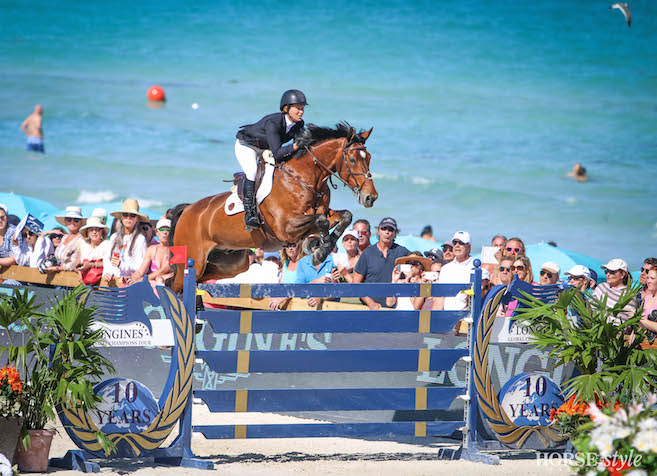 Beezie Madden and Simon were also clear in the first round – and VERY clear over this 1.60m vertical 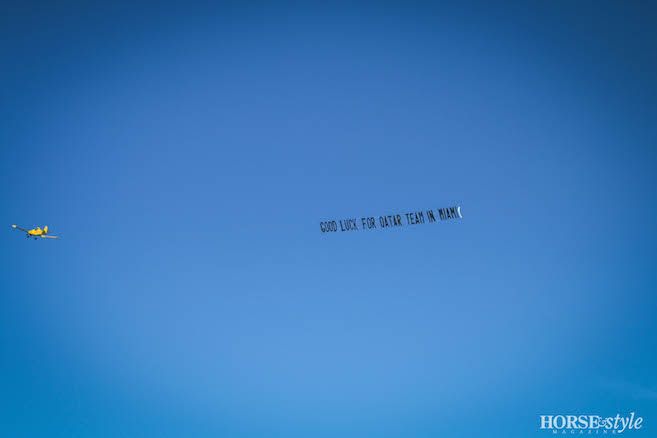 This was a first – a sky banner for the Qatari riders. It worked – Qatar placed 2nd in the Longines Grand Prix 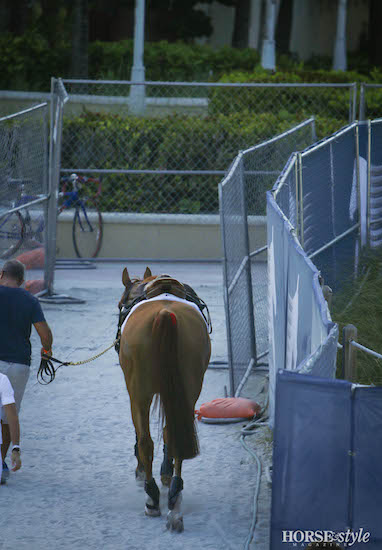 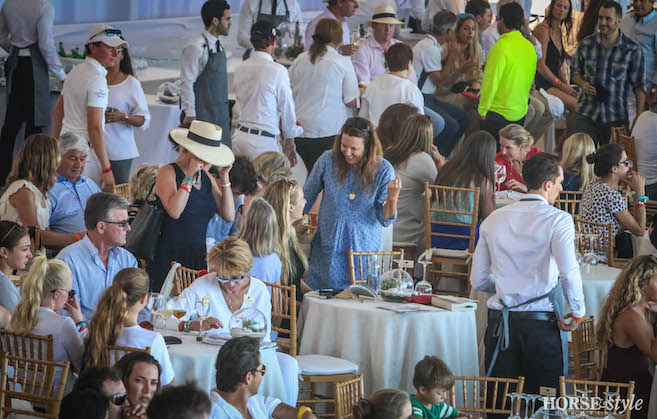 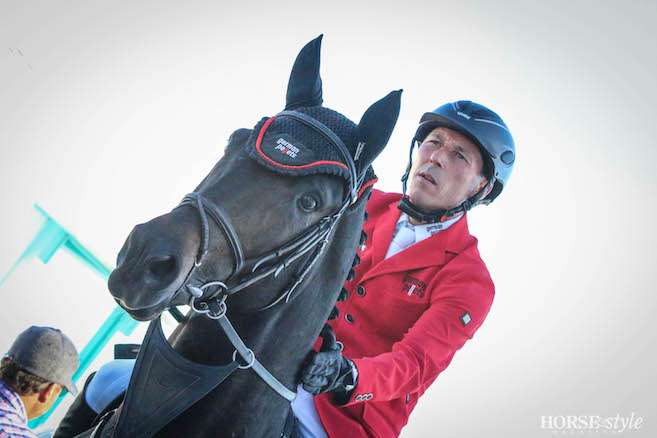 Hans-Deiter Dreher, a five star rider never before seen in the United States, at the ingate 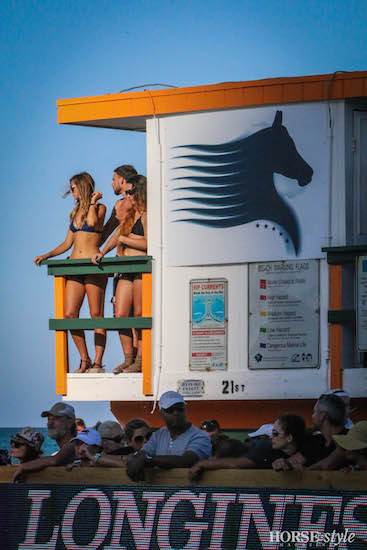 Taking unique horse show attire to the next level. Not the mention the vantage point! 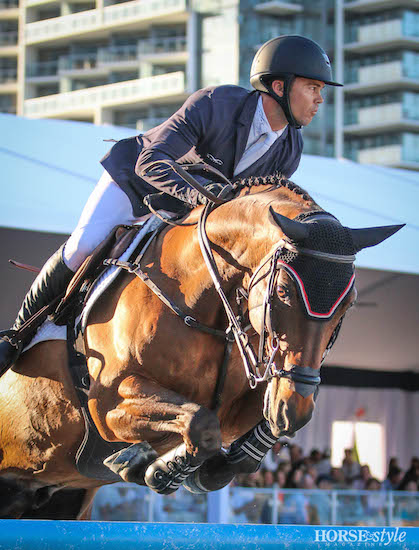 When I said that you could get up close to the action, I did mean UP CLOSE. Kent Farrington and Voyeur. 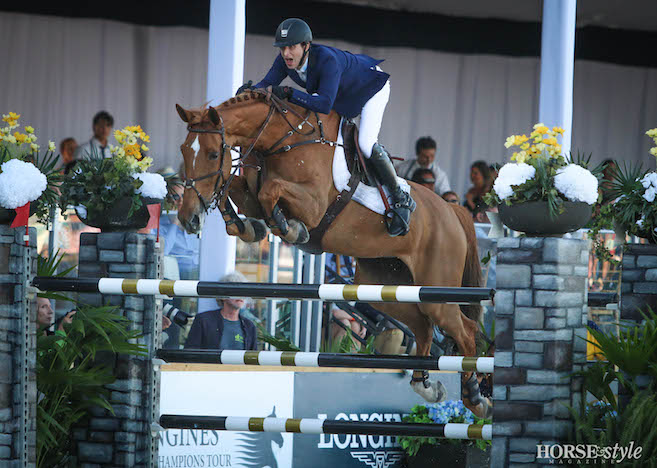 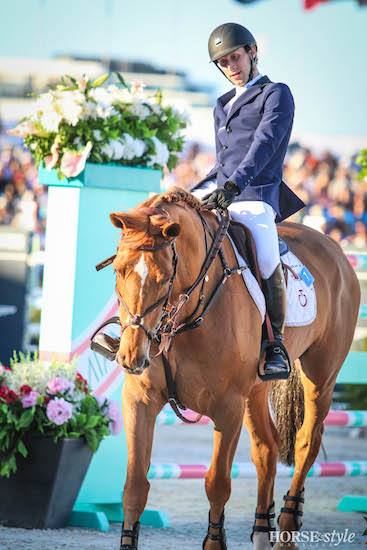 Pats for Candy on the way out of the ring. 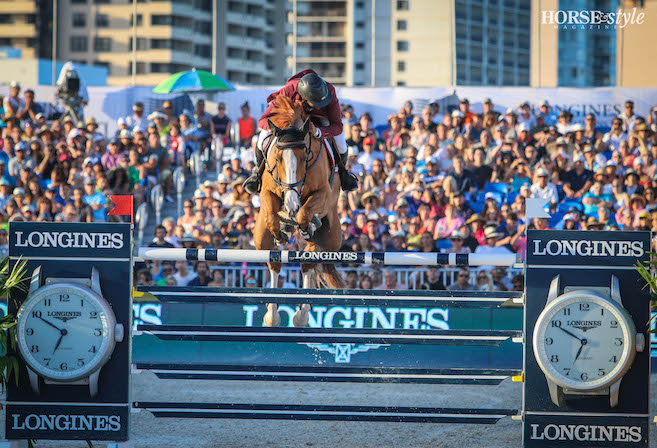 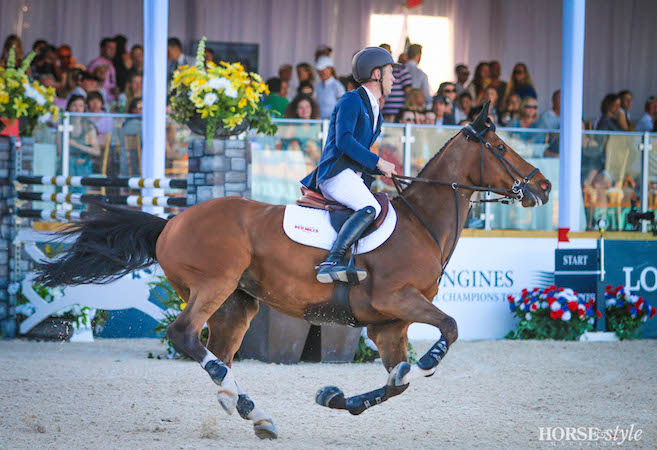 There goes Scott Brash, slicing and dicing another jumpoff track. . 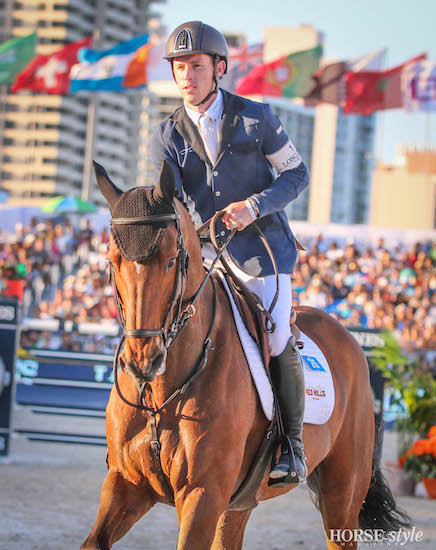 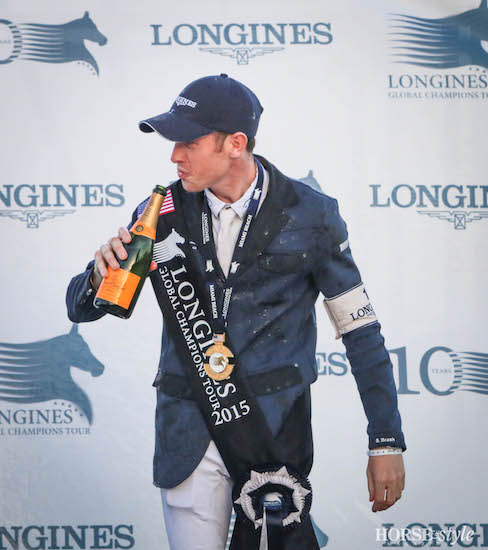 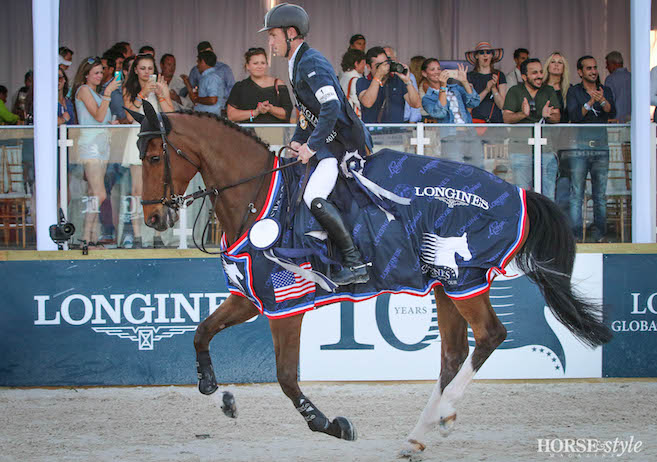 Just another day at the office for these two. See you next year, LGCT Miami Beach!