From the moment you arrive in Ulaanbaatar’s Chinggis Khaan (Genghis Khan) International Airport, you’ll be struck by contrasts.

Signs throughout the airport, and indeed throughout the entire country, are often written in Cyrillic, reflecting Mongolia’s historical connection to Soviet-style socialism through most of the twentieth century. But these days, signs are also written in English, as Mongolia has begun to embrace Western-style capitalism since the mid-1990s. The architecture of Ulaanbaatar reveals similar contrasts; gritty grey Soviet-style ministries and apartments are crowded side-by-side with gleaming modern glass skyscrapers. And the fast-paced, exhaust-tinged atmosphere of this rapidly growing city contrasts markedly with the nomadic, agrarian way of life of most Mongolians. 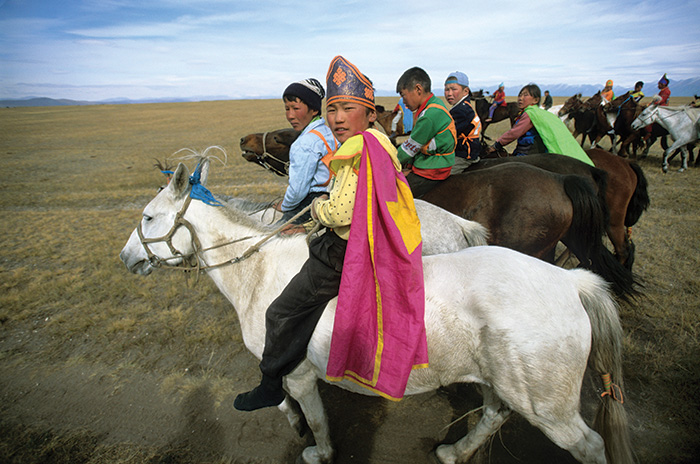 Mongolians’ reverence for the horse, however, is a unifying thread, just one of many aspects of Genghis Khan’s enduring legacy. Throughout the country, you’ll see depictions of Genghis and his descendants in all art forms, almost always portrayed with horses. Every summer, when the Naadam Festival, with the horse as its centerpiece rolls around, all work stops while athletes compete as they have for centuries, in the traditional Mongolian sports of horse racing, wrestling, and archery.

We travelled to Mongolia as part of BioRegions International (www.bioregions.org), a multi-disciplinary non-profit group based in Bozeman, Montana. BioRegions began with the recognition that ecosystem health is inseparable from animal health, or from human health, and that similar ecosystems and indigenous cultures can face similar challenges. The group works with communities, students, teachers, and professionals from Mongolia and the U.S. to build partnerships aimed at improving environment, society, economy, and infrastructure. Our role as equine veterinarians is to provide veterinary education, training, and outreach in rural Mongolia. 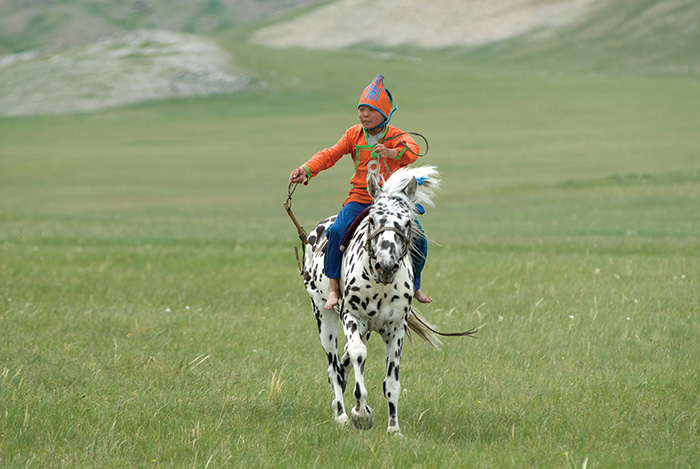 This sense of common culture has remained strong. But all in the group would agree that seeing horse races the likes of which have been run for centuries with little change since the time of Genghis Khan, was one of the highlights of the trip.

The whole structure of the races is unfamiliar to a Westerner. Most Mongolian jockeys are children, usually less than nine years old. Already accomplished equestrian athletes, they ride with with a natural talent that is their birthright. With or without a saddle, they have the relaxed, easy seat that marks them as the offspring of an equestrian culture… 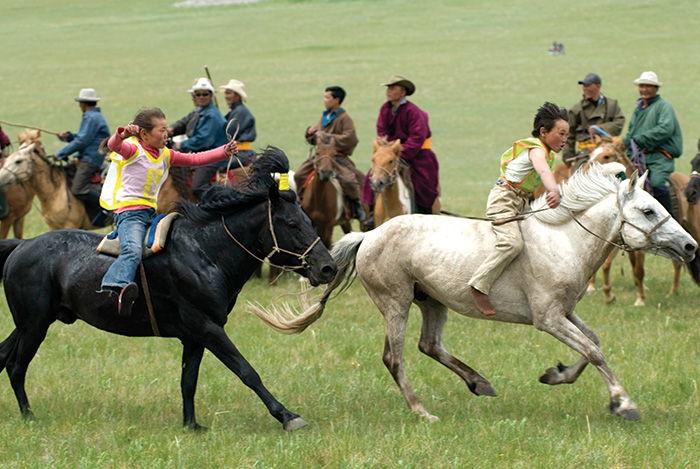 The full version of this article was originally published in the June/July 2015 issue of Horse & Style Magazine. Go here to read the entire article and enjoy all of the gorgeous accompanying images online, or subscribe.