Located at the foot of Mount Kenya and just miles from the equator, a small stud farm sits alongside one of the most beautiful conservancies in the world. Sirai Stud is nestled within the 38,000 acre Borana Conservancy in Laikipia, Kenya, a place endangered species and big game call home. Horse & Style was honored with the opportunity to “peek behind the gates” and unveil what this elite breeding stable and exclusive destination is all about.

It is no coincidence that the Spencers founded Sirai Stud on this lush piece of sprawling property thick with lions, rhinos and giraffes. The Spencers are extremely passionate about conservation, and their love for the horse is deep-rooted. Sarah Spencer had always dreamt of owning a stud farm and running a herd of horses on a ranch. Her dreams started to be realized in 2012, when Sirai Stud was founded in conjunction with their African home, Sirai House.

Perched at an elevation of 7,000 feet, on Kenya’s Laikipia plateau, Sirai Stud strategically and selectively crossbreeds horses and places them for sale in Africa. The stable itself is comprised of 15 stalls, along with a stock room for breeding, a lab and a tack room. But one element that certainly makes this stud farm vastly different from others is the Stud’s location, surrounded by acres and acres of safari animals in their natural habitat.

“Breed the best to the best and hope for the best” is the Sirai Stud vision. The ideal Sirai Horse is well-suited for today’s safari adventure and general-purpose riding. Hacking out on safari and relaxation are all very much a part of these horses’ lives. In Spencer’s quest to produce the best Sirai Horse, the stable originally sourced the top bloodlines available in East Africa, but the choices were limited. Spencer and her team then traveled the globe to carefully select stallions with renowned bloodlines to further enhance the pedigree, temperament and conformation of Sirai offspring. Spencer, with a natural affinity for horses and a keen eye for conformation, sought out the very best. The chosen breeds, with their unique characteristics, play a significant role in producing these horses with a range of desirable qualities. 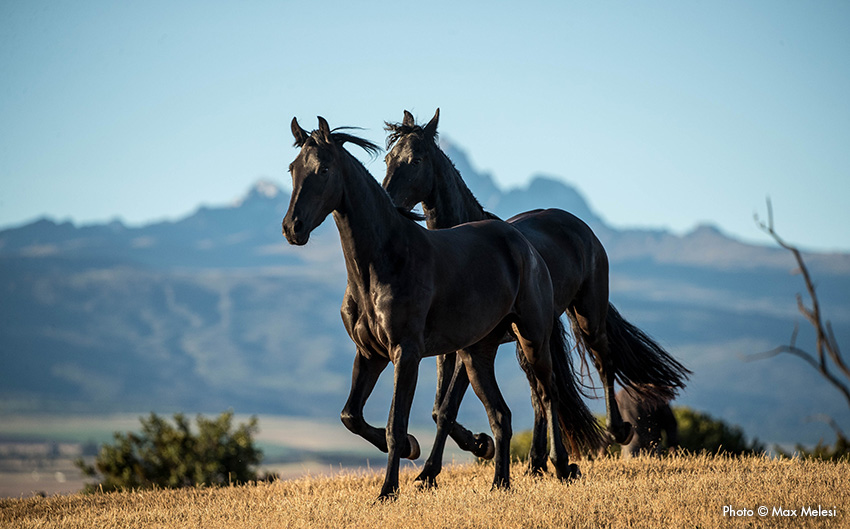 I’ve had the pleasure of conversing with Venetia Philipps, the Stud Manager of Sirai Stud. Venetia grew up amongst Europe’s leading stud farms, spent time in racing stables outside of London, England, and later traveled to the U.S. where she furthered her equestrian education in Wyoming. Philips also lived in Southern and East Africa for a number of years, but in 2010, she settled in Kenya. After years of equine globetrotting, she found herself at Sirai Stud in 2012, and has worked at the Stud since its inception. Together, Philipps and Spencer have worked to seek out the best, and most athletic, bloodlines to produce heavier-boned horses that will improve the quality of East African horses for years to come.

Thanks to Spencer and Philipps’s breeding expertise, Sirai Stud has grown immensely over the past seven years, but they are in great company. The breeding program is mentored by Dr. Sandra Wilsher and Professor Twink Allen. Allen is one of the most influential and recognizable figures in the field of equine reproduction. For 50 years, he and Wilsher have been at the forefront of scientific discovery into reproductive endocrinology and embryo and placental development. Their expertise is a wonderful benefit to Sirai Stud, which offers both Embryo Transfer (ET) and Artificial Insemination on-site.

While the process of breeding may be foreign to some, this A-Class crew has it down to a science. When a client is ready to breed their mare, Philipps provides a selection of suitable stallions for the client. The Sirai Stud team then provides support services, inclusive of expert veterinary advice. The welfare and management of the mares and progeny are crucial to Sirai Stud and the team ensures that all mares are closely monitored and treated with the utmost care throughout the process. 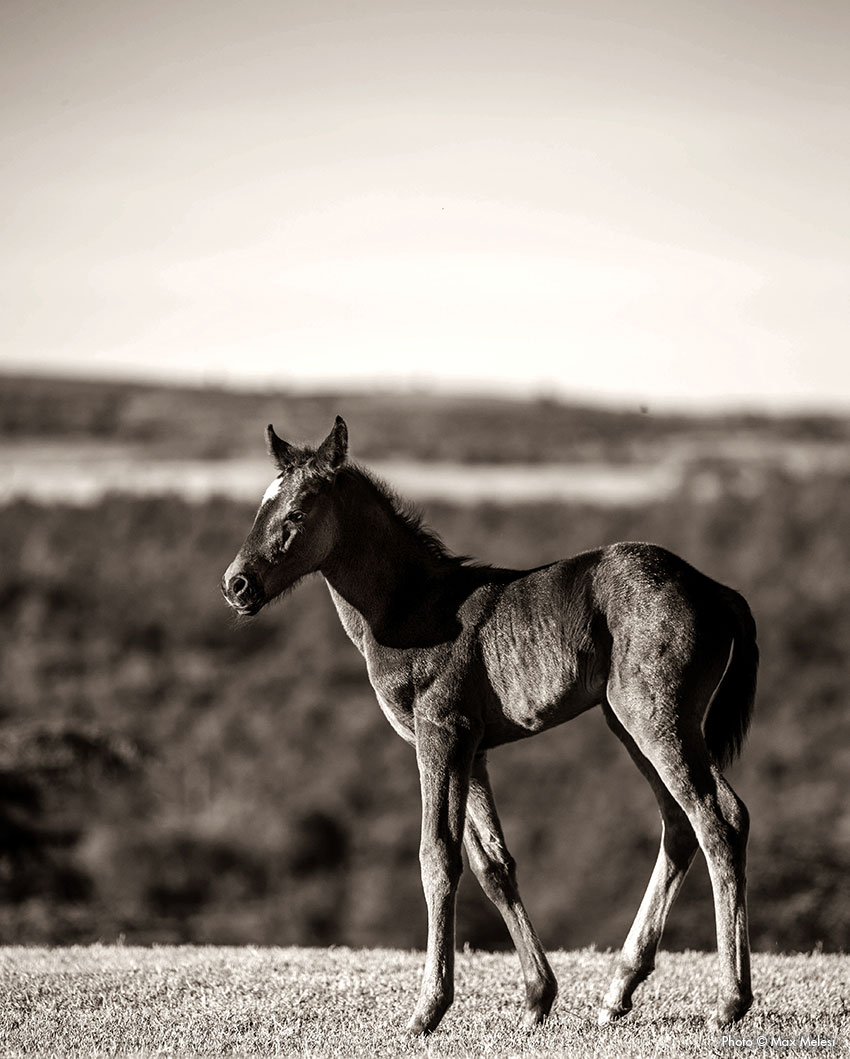 Since the beginning of Sirai Stud, the breeding crosses have involved a number of Friesians, Thoroughbreds and Boerperds. While the Friesian and Thoroughbred breeds are familiar to those of us in the U.S., the Boerperd breed might not be. The Boerperd is indigenous to South Africa and is said to have originated from the Cape Horse. Boerperds are renowned for their endurance, intelligent spirit and toughness. Combined with the noble good looks and hardiness of a Friesian and the athletic, high-spirited temperament of the Thoroughbred Sirai Stud has produced many trainable horses with plenty of scope. Many of the horses bred and sold at Sirai Stud have gone on to do well in endurance riding and general purpose riding with both children and adults. One horse, sold to Safaris Unlimited, the oldest and most respected horse safari company on the African continent, was awarded the Safari Cup, presented to an individual horse in recognition of successfully completing all of the safaris that year. Another Sirai homebred was runner-up that same year, demonstrating the success of the Stud’s breeding program.

The love for the ‘hot blood’ of the Thoroughbred runs deep for both Spencer and Philipps. Spencer owned race horses in England and Philipps grew up in Newmarket, England – the home of British Thoroughbred racing. Together, they decided to start injecting a bit of the Thoroughbred into safari horses at the Stud. Additionally, Sirai Stud jumped at the opportunity to support the local Ngong Racecourse in Nairobi, Kenya by raising and developing a number of South African Thoroughbreds. The Stud typically runs these horses at Ngong for a few years before retiring them for breeding. Racing is a popular sport in Kenya and Sirai Stud was eager to get involved in a different equestrian discipline. In the Stud’s first year of racing, their colt Freewheeler was crowned the Kenya Derby Champion and went on to win several other races. Freewheeler now stands proudly at Sirai Stud as a racing stallion but also happily treks out on safaris as one of the lead horses. 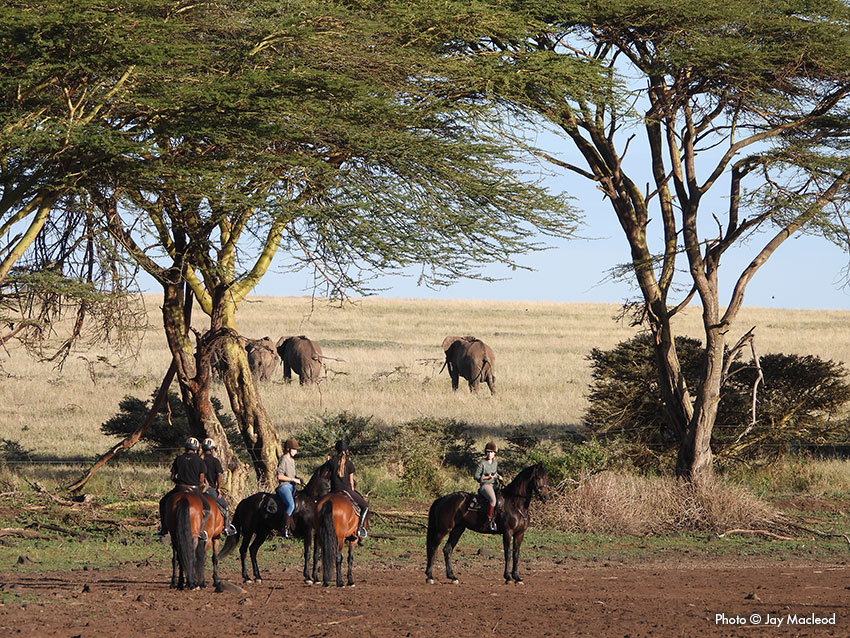 Every horse at the Stud is cared for in the most precise ways. In Kenya, there are no internationally approved or imported feeds, so the staff is left to formulate the best feeding program for each individual horse. Situated on the equator, and at a high altitude, the Sirai Stud horses eat the natural grass that grows in abundance. For the horses in training, the staff will generally feed a mix of locally-sourced grains rich in protein, such as barley from a neighbor’s farm. They’ll also integrate fats like milled sunflower cake or bran for additional carbohydrates. For young horses, nutrition is tremendously important. The staff will often test soil, water and feed to see which vitamins and minerals they are lacking naturally. Philipps and her staff will then import supplements containing certain vitamins to accommodate for any deficiencies.

Training programs vary from horse to horse at Sirai Stud based on their age, discipline and their jobs. Many of the older safari horses, who are owned by the Spencers, are kept in great shape with interval training to maintain their fitness. Variety is the key to success for many of the horses – maintaining interest and contentment in their work. When the horses aren’t out on a safari following a herd of elephants or spending the night under the stars, they enjoy the rolling acres of turnout under the supervision of the Stud staff.

The Stud has recently acquired more land to the southeast side of the current stables, which will soon be developed into the hub of the Sirai breeding program. This, of course, in addition to the magnificent 38,000 acres of the Borana Conservancy to ride through and explore. 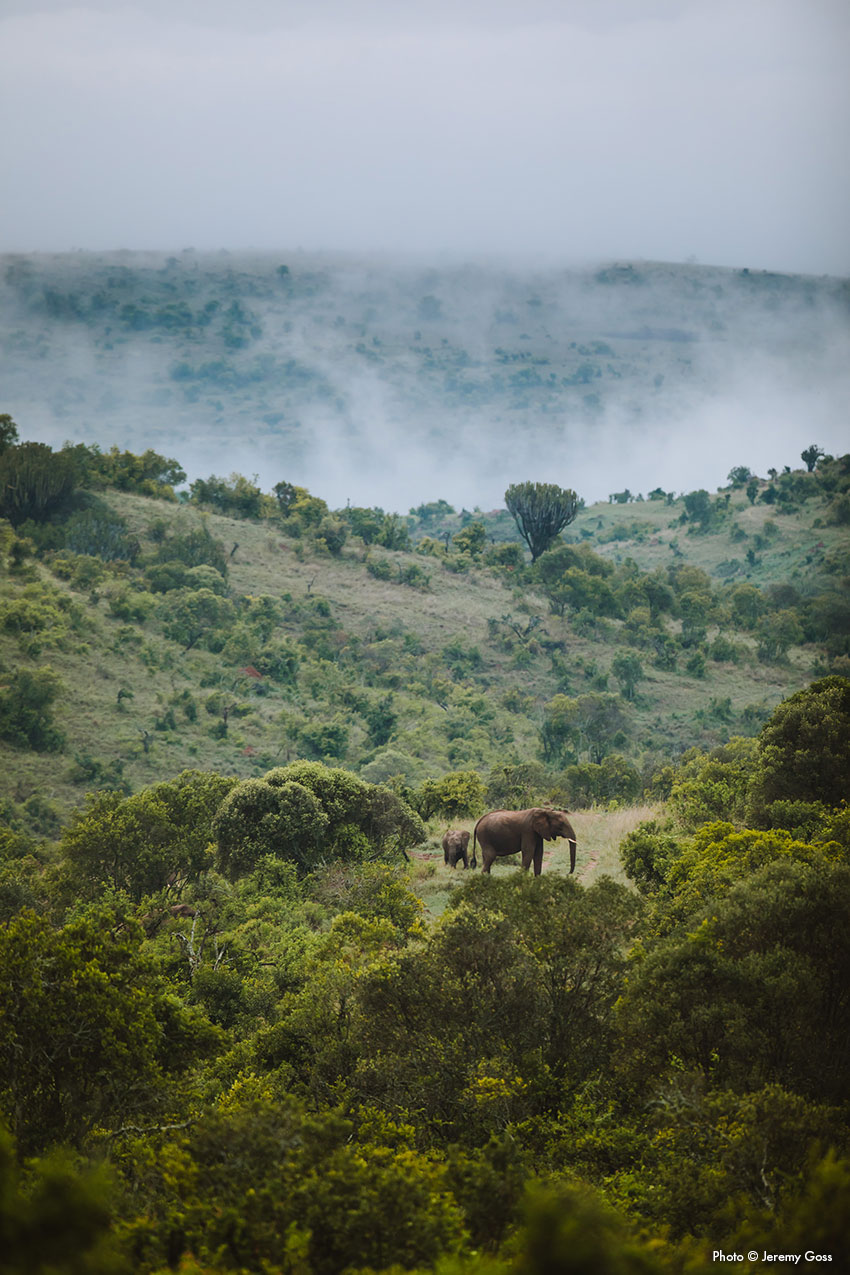 For several years, the Spencer family had searched Kenya for the perfect spot to build a contemporary East African home. In 2009, a serendipitous meeting was held with a third-generation member of a Kenyan family who established the Borana Conservancy – and the project grew. A conservancy is a body of land set aside for the preservation of pristine terrain, specific species, or natural resources; and the Borana Conservancy is dedicated to the protection of all three.

The Spencer family became shareholders in the Conservancy, a non-profit organization dedicated to the sustainable conservation of critical habitat and wildlife. Their mission is to provide a sustainable ecosystem, in partnership with their neighbors and community, for critically endangered species on the brink of extinction. Their holistic approach commits tourism, ranching and other enterprises, to building local livelihoods and enhancing ecosystem integrity.

The sad truth is that the wildlife, and the environment on which they depend, are facing severe threats, such as commercial poaching and the fight for natural resources. Even so, Borana has seen animals who were severely endangered prosper over the last few years.

What does ‘Sirai’ Mean?

Sirai takes its name from the Maasai word for the euphorbia tree, which, along with wild olive trees and cedars, dot the ridge on which the house and stable sit. Every view from the house and the stable is picturesque and Sirais are in plain sight.
‘Fall in love with the World again’ is the Sirai Stud slogan and after researching this remarkable destination, I think we’ve already done that. Guests staying on property can delight in Horse & Style’s favorite pastime: spectacular riding safaris! Experienced riders can delight in exploring Borana from the saddle on an early morning hack or a ride out to an elephant herd. For the ultimate riding experience, the Sirai team is more than willing to prepare an overnight safari with exhilarating, adventurous days on horseback and nights in their luxury campsite where none of the comforts of home are left behind.

Although this destination will be a dream for many, we’ll bask in the stories and photos captured and shared by the Sirai Stud staff.

Interested in a Sirai Horse? Due to the current export and strict import regulations, it has been difficult to spread the Sirai Stud bloodlines outside of East Africa, but the staff is happy to speak with anyone who may be interested. For more information on the stallions that are available through Sirai Stud, and associated fees, please contact Venetia Philipps at [email protected]