Horseman Ray Texel has made more than a few trips around the ring that have earned their place in the record books. Growing up out East, Texel started out like many horse crazy kids do – at a small local barn on the back of a pony. With a competitive streak and a stubborn work ethic, Texel won both the AHSA Medal Final and the ASPCA Maclay Finals in 1989. As one of the youngest riders to win both titles, he was also named the AHSA’s Junior Equestrian of the Year in 1990. Texel’s successful junior career paved the way for a future as a leading professional in the sport, including time spent as George Morris’ assistant trainer.

As a trainer, clinician, rider, and competitor – Texel wears many hats (not to mention he’s an avid ukulele player). But, with a solid system in place that has been shaped and molded by the greats before him, Texel is always eager to share his knowledge with others. After training and riding in California for a time, Texel migrated to Wellington, FL before returning to the Golden State last year. Currently based out of Alder Lane Farm in Cotati, CA, Texel is enjoying the challenge, and the comforts, of a new endeavor in a familiar locale. 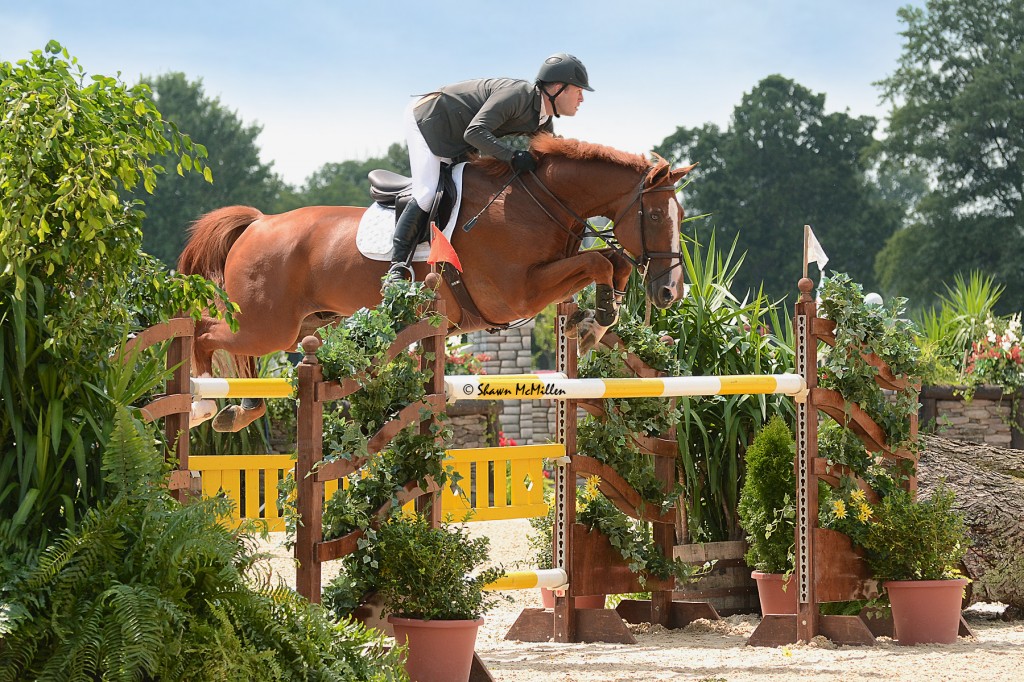 Horse & Style: You’re on the West Coast now, what is your focus?
Ray Texel: I’m in Northern California now, near Santa Rosa, at Alder Lane Farm working closely with Beverly Jovais. It’s wonderful to be back. I’ve always loved California. I would say I have a healthy mix of riding while also teaching others and training some horses. Ultimately, as a rider, I believe in a healthy balance.

H&S: You were successful at a very early age. Has that success come with added pressure?
RT: Absolutely. I think we could have a whole article about that! It’s interesting you ask that question because it’s been a topic in my life recently. I’m grateful for everything that has happened – good and bad. All that early success was a trade though. There were some trades that I didn’t even know I was making until I was a little older and wiser. The best thing I can say is that one of the things I learned to be through riding is a problem solver. So, I developed skills and ability to that end.

H&S: How was it working with George Morris after your junior successes?
RT: I should first say every trainer that I worked with left an impression – each in different ways. I think my training with George and being his assistant trainer as well as protégé for some period of time was one of the most impressionable times, not just as a rider but also because of my age and where I was in life. There were countless things I learned just by being involved in running the stable and riding. Those are qualities that have continued to serve me in all aspects of my life.

I learned focus, a good work ethic, the concept of really investing and putting one’s time into something without an immediate payoff. You’re working towards a goal and that can take a lot of time. I also learned so much about routine, mental strength, and concentration.

H&S:  What facet of the sport do you enjoy most?
RT: In general, I think I’m an educator at heart, and I really enjoy helping others while enhancing their knowledge and experience in their riding at any level. Obviously, as a rider, I love the competing aspect of the sport, but I recognize that having a good education in the sport serves one so much more long term.

H&S: Do you have a most memorable win?
RT: Certainly the Medal and Maclay finals will always be a standout for me. Not so much for the fact that they were the Medal and Maclay, but, I lost my father earlier that year and to win so shortly afterwards was in a way a triumph over tragedy. Then in 2001, winning the Queen Elizabeth II Cup at Spruce Meadows was a really special moment – more for the context of the competition than the win, again. My team at the time had gone through a lot and to go and to have that win meant a lot to everyone that was working with me to achieve that.

H&S:  I had read a piece about your first pony Nantucket Lady. She seemed to have left quite an impression on you?
RT:  She was a red pony with a gray mane and tail. Her nickname was Nanny. The name worked in a funny way because in some respects she was my nanny! I spent so much time with that pony. Nanny was an unbroken rogue pony that I must’ve fallen off of three times a day, literally; that’s not an exaggeration. The relationship, consciously, was the first time that I had a relationship that wasn’t with my parents, and I was really putting myself into it which was such an amazing experience. Nanny and I turned out to have many successes. It was never about the ribbons, though, but the experience. I was very lucky to have such a positive outcome. It was sort of a model for me to move forward in riding. And it’s one that has served me very well – focus and hard work.

H&S: What do you think are the biggest challenges currently facing the sport?
RT: I think there are many challenges in any progression forward. There will always be obstacles. One area that concerns me is the model of our sport in our country. There’s a lot of expense, and that expense in our sport really limits participation. I don’t want any group or individual to be disenfranchised or not have an avenue in the sport to achieve one’s own goals. There is a lot of untapped talent out there and I would always like to help it find a way forward. Also, the way things are progressing, while excellent on a certain level, tends to pull further from the root of the sport, and I would like to not lose that history and foundation.

H&S: Any activities you like to pursue outside the horse world?
RT: I’m currently developing a documentary related in some degree to our sport (that’s all I can say about it right now). I play a couple of musical instruments – ukulele, for one. I’m an avid film and music person. I’m also into motorcycles and photography so it’s definitely varied!

H&S: What are your current goals?
RT: I have many goals and if I can come close to delivering I will be a more fulfilled person. I really do always enjoy working towards something. I have also enjoyed representing my country in competition; the Olympics and World Championships have always been high on my priority list. But there are certain trades I’m not willing to make to get there. So the route may be slower, but I want the right relationships and right environment. Of course, I want to be best rider and person I can be. On the other hand, I like to be involved in helping the sport progress in a healthy direction – one that serves all competitors well. As a teacher, I would like to make sure that I’m helpful to others along their path.

H&S: So if the opportunity presented itself, would you still have the Olympics in your sights?
RT: Yes, absolutely! As a rider, I’ve always wanted to be available and present to do what I can to represent my country.

-By Katie Shoultz
This article was published in the  June/July 2013 edition of Horse & Style Magazine. CLICK HERE to read the entire issue online!