Horseback rides are no longer just on the beach—they’re going under water. A film by Jungles In Paris captures the action on Jamaica’s shore. Plus: 6 more creature-centric destinations. See the short film here via Dujour.com. 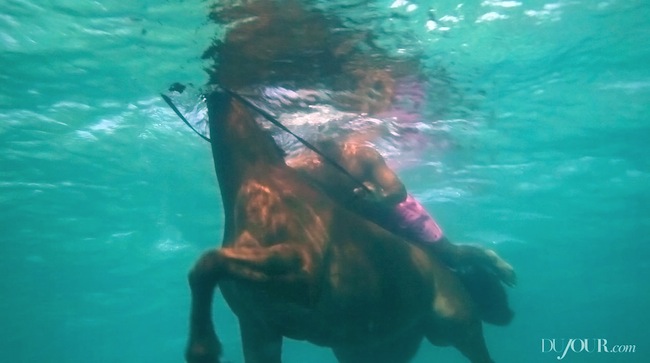 In fact, it’s one that’s been enjoyed by some seriously discerning travelers—from the Kennedys to British royals—for nearly three decades. The program was started by Trina DeLisser, director of the resort’s equestrian center, whose in-laws, a long-established Jamaican family, owned Half Moon’s original plot of land. “Everybody has this romantic idea of horses on the beach at sunset,” she says. “I thought: Anyone can walk along a beach! Let’s try swimming.”

The animals really are swimming, DeLisser stresses—not just walking in the shallows. It’s not an indigenous practice, per se, but it makes perfect sense in the temperate waters of Jamaica. The country’s numerous racetracks produce a steady supply of retirement-ready veterans.

Rescue horses make up about 60 percent of the roster at Half Moon, and many thoroughbreds arrive having already learned how to swim in the racetracks’ injury-rehab pools. “Like people or dogs, they’re not natural-born swimmers,” DeLisser says. “But because of the power of their legs, they’re actually very good once they’re taught.”

Half Moon’s scheduled swims are in the morning, when the water is less choppy, and for the ride back to shore, riders can slip off the horse’s back, grab its tail and be towed in. The animals, possessed of a laid-back island mentality, don’t seem to mind.

Watch Half Moon’s swimming horses in Sea Horses, a short film by travel and wildlife website Jungles In Paris. 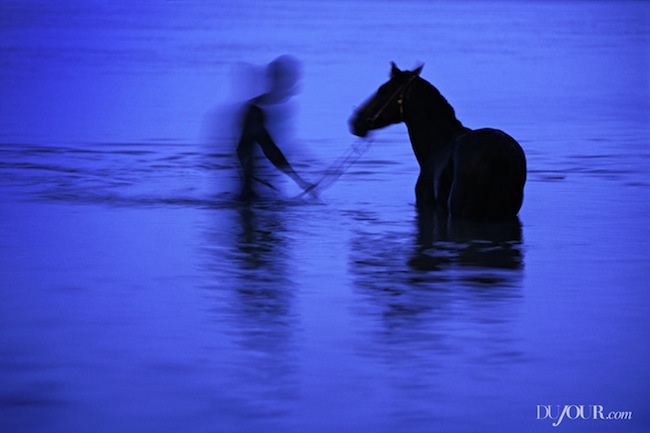