In a glance, you can feast your eyes on horses and aquamarine ocean. Tanned skin and cucumber cocktails lie equally within reach. And when it all comes together in Miami Beach, there’s not much else that can make a Sunday afternoon better.

Miami Beach Polo truly is a spectacle – with hotel high rises directly to the West and a beach packed chock-full of sunbathers directly to the East, not to mention that stunning Atlantic Ocean, the location is as unique as beach polo itself. With arena walls literally built right on the beach, the footing is made up of the same sand that beachgoers traverse every other week of the year. 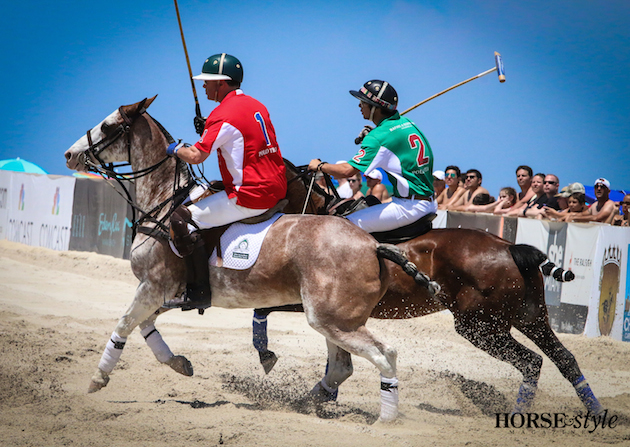 Extra points if you recognize the logo on that white saddle pad….hmmm.

For reasons obvious to any horse person, beach polo is a rare bird in the vast array of equestrian sports. Loose sand does not an ideal playing field make when horses are galloping, stopping, turning and stopping again.

However, this annual event, now in its 10th year and produced by The Polo Life, takes care to look after the horses while presenting the sport of polo to new audiences. Located between 21st and 22nd Streets in South Beach with the super posh W Hotel directly to the North, Miami Beach Polo caught the eye of every unsuspecting passersby.

The sand arena was smaller in size than a regulation polo arena, and a roller flattened the “footing” after each seven-minute chukker. It was near to 90 degrees with not a cloud in the sky on the final day of this annual tournament, and despite the ocean being close enough to touch, it was hot , hot, hot in South Beach. Happily, I spied horse-size tents next to the arena for the hard-playing polo ponies to rest under, and the more industrious teams brought additional tents to create shade for their horses next to their trailers, along with fans and lots of water. 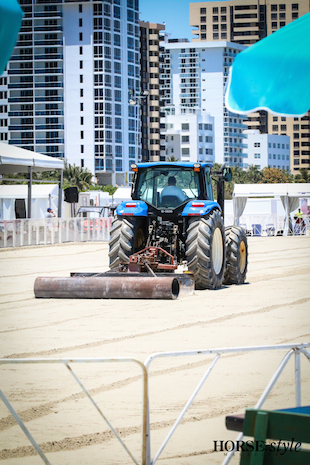 Valiant attempts to pack the footing.. 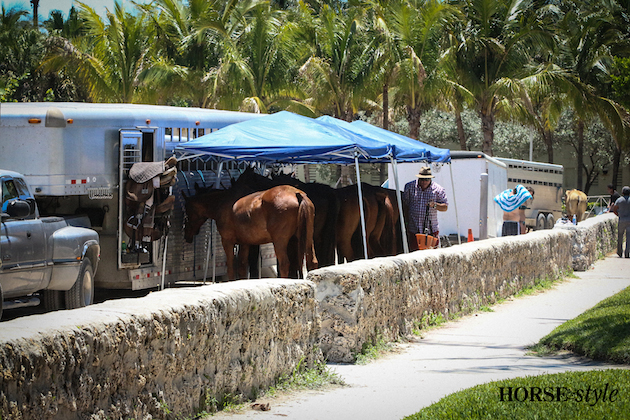 Once I was reassured that no equines would be dropping from heatstroke, I turned my attention to the afternoon’s events. The event is called the Polo World Cup, although I had the more than sneaking suspicion this name was just a figurehead. The matches were played exhibition-style, without the intensity of high-goal polo. No matter, the crowd was there for the social element and to see horses gallop back and forth – both of which they got plenty of. Shade was literally at a premium – you were welcomed into the shaded VIP grandstand only if you were willing to drop $150.00 a head for access. No matter, my friend and I lucked into a pair of seats under one of just four bar-side public access umbrellas across from the VIP, where we chatted with a lovely couple from Toronto and enjoyed cucumber Pimm’s cocktails that were so supremely refreshing we forgot how much they cost.

A fashion show by event sponsor La Martina, parties galore and the sought-after shade of the VIP grandstand were among the amenities that we missed out on this year, but taking in the polo and sunshine for a single afternoon was a nice taste of what this annual event has to offer. Perhaps next year we’ll nab a wristband and bring you a more indepth report. But for now, enjoy these sun-soaked moments from Miami Beach Polo 2014: 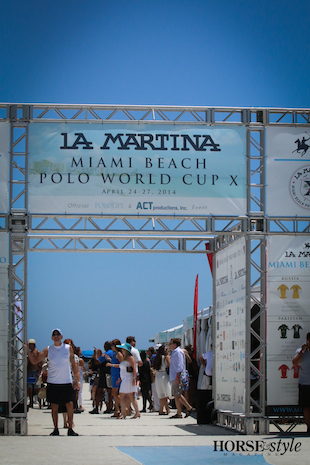 Come one, come all…. 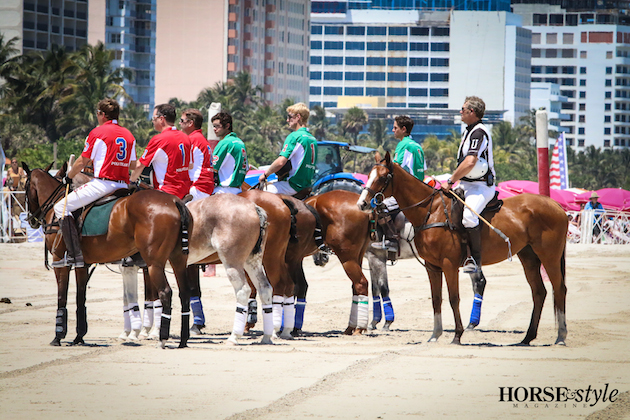 The teams lined up 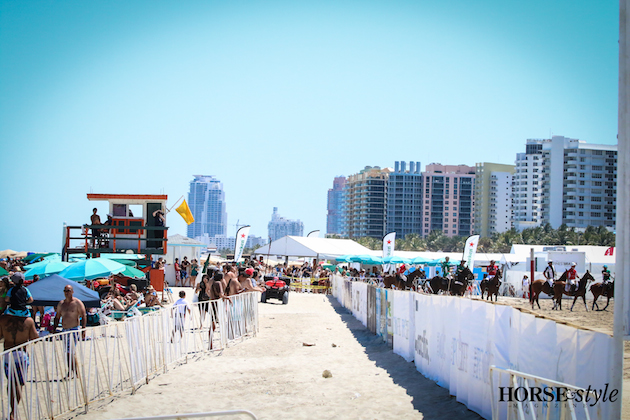 Lifeguard stand on the left, horses on the right! 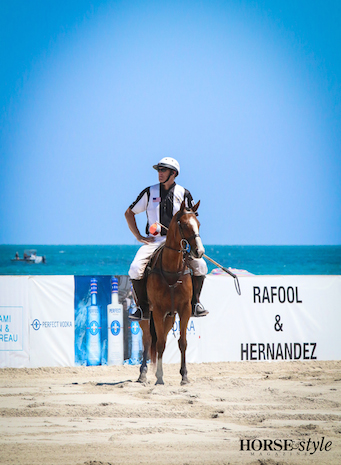 The umpire awaits the next chukker. The ball was neon orange, the better to be seen against the sand. 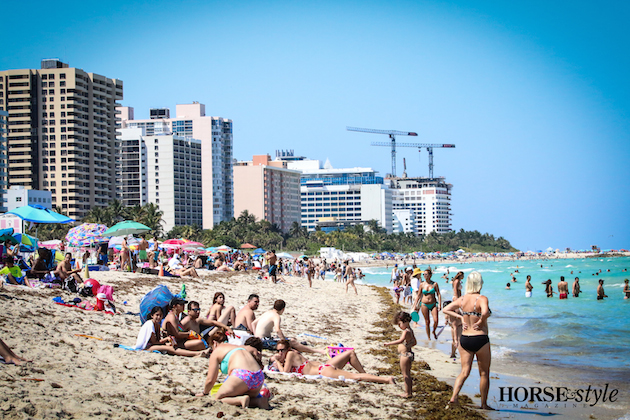 This was the scene directly behind that umpire’s back – a crowded Sunday beach! 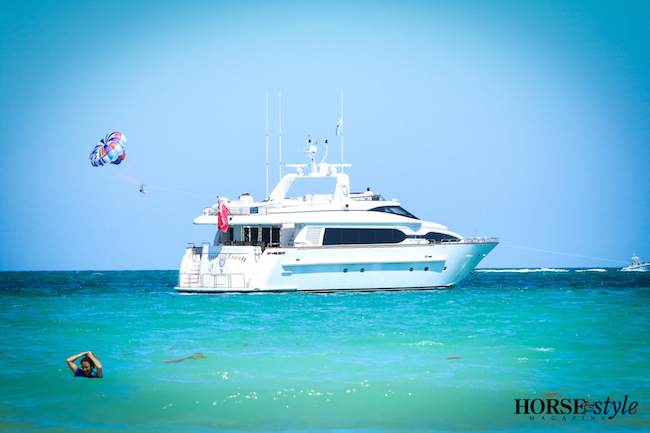 No Miami beach would be complete without a few yachts anchored directly offshore. 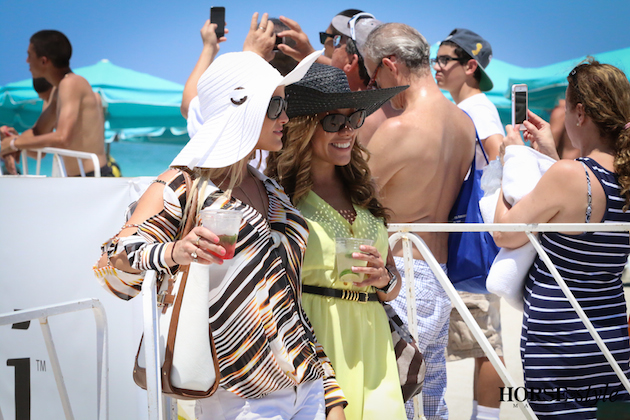 And no proper polo game would be complete without stylishly dressed ladies, and the aforementioned cocktails 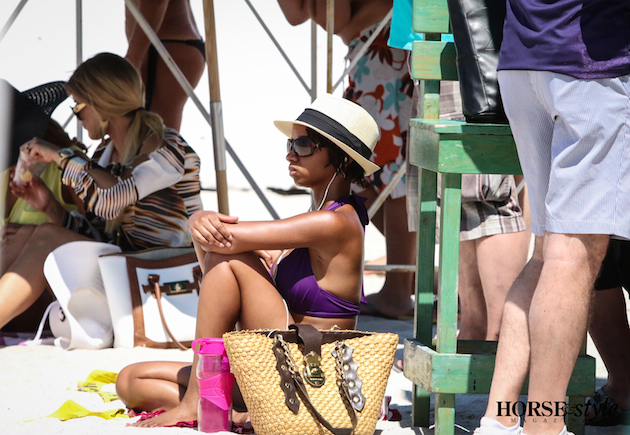 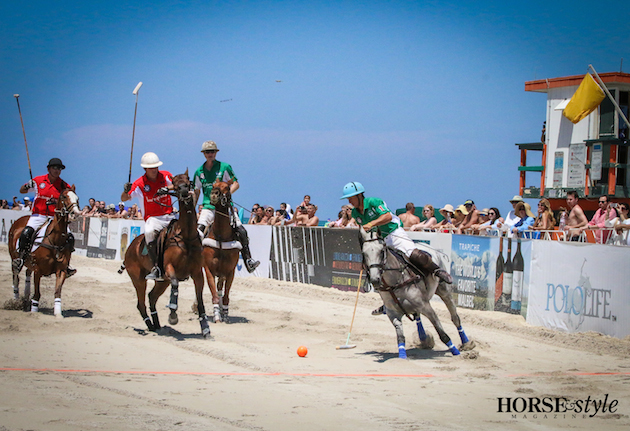 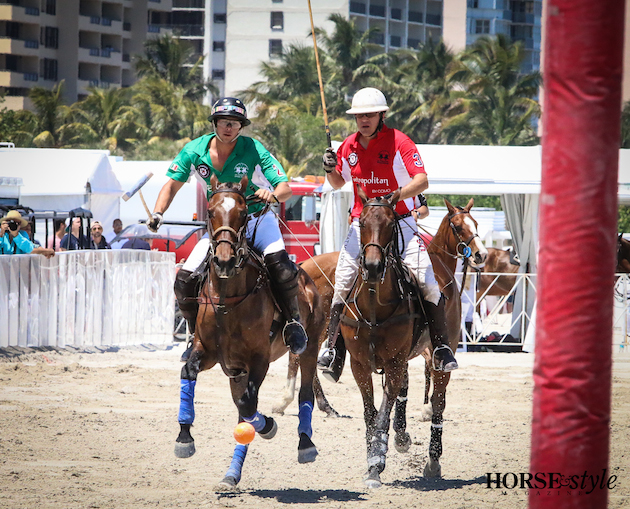 Chasing the ball towards goal. 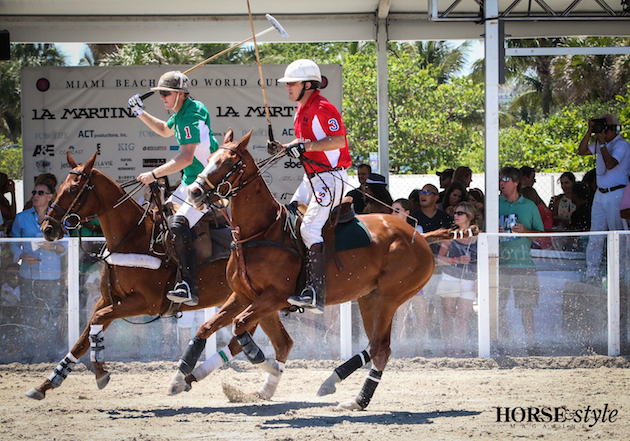 This match was one of several played over the three day tournament, and was between Team USA (red) and Team Mexico. 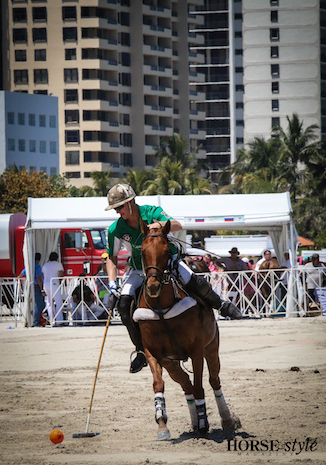 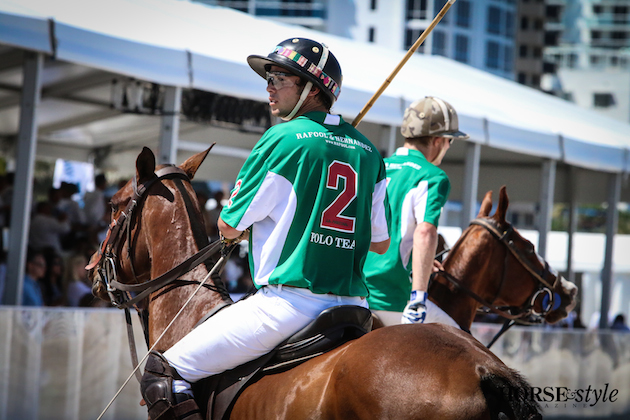 Mariano Gracida. The game was played in honor of Mariano’s father, Carlos Gracida, the legendary polo player who tragically passed away in February. 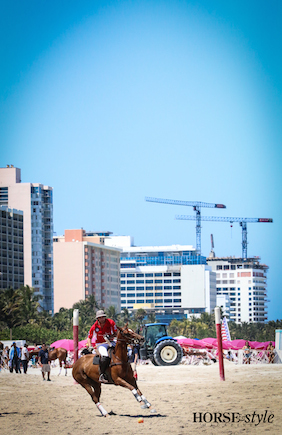 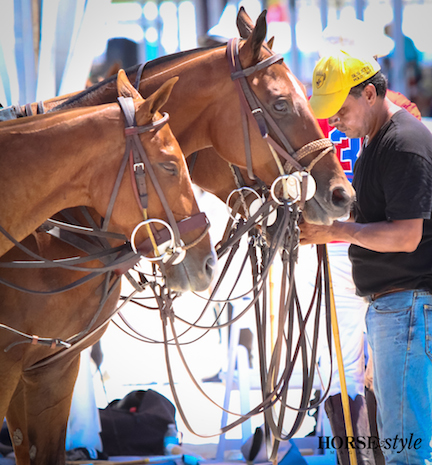 Seen on the sidelines 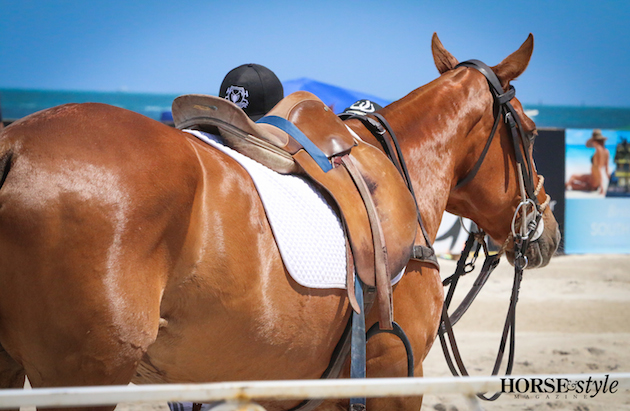 Until next year, Miami Beach Polo!