A Day at the Circus: Kristin Hardin Continues to Reign at Menlo Charity

A skinny, brown-haired girl stood at the rail watching as a horse and rider slid into a refusal in front of a fence during the $10,000 1.30M Ryman Memorial Take Your Own Line last night at the Menlo Charity Horse Show, Atherton, CA. “I think she tried to do my mom’s course,” the girl said nonchalantly, and turned away from the ring. She knew who the winner would be.

The girl was Taylor Hardin, her mom was Kristin Hardin, and the rider in the ring probably did try to channel Kristin as she attempted to come somewhat close to matching her lead. It’s a scenario that has repeated itself up and down the West Coast this year, as Hardin and Bert pick up win after win during what has become the California circuit’s most remarkable hot streak. After winning (and placing 2nd, and 3rd,) in Wednesday night’s feature class at Menlo, and winning on Friday night, all eyes will be on Kristin tonight at 6pm as she attempts to add first place in the $40,000 Los Gatos Luxury Cars Grand Prix to her record.

All For a Good Cause
The annual Menlo Charity Horse Show Gala began against the backdrop of the Take Your Own Line class. Fashionably dressed women with sleek male counterparts at their elbows carefully made their way to the sponsor tent, tackling the turf in stiletto heels. (Held at the tony Menlo Circus Club in Atherton, CA, each year its polo field is transformed into hunter/jumper central for the week, while its exclusive, fieldside clubhouse hosts the Gala) The crowd was quickly swept up in the jumper action, cheering or groaning with the successes and the failures on course. With all attention on the field, the silent auction underway in the clubhouse went pretty much unnoticed. But after the pinning and victory lap, the gala attendees made their way indoors. The silent auction offerings were tempting: limited edition photographs, bottles of wine, and fine jewelry. But it was the live auction that really raised eyebrows, the favorite this year being the jaw-droppingly gorgeous, larger than life photograph of a bridled bay by Peter Samuels, the show’s “Artist of the Year.”

As the auction progressed, there was winner after winner—winning because they were raising further support for the Vista Center for the Blind and Visually Impaired. It’s too easy at this show, cocooned inside affluent Atherton, to get wrapped up in the beauty and the splendor without remembering why it all started in the first place. The word “charity” is on the premium for a reason and this gala is a good reminder of that.

The theme for the night was “The Magic of Courage” and it grew in meaning as the evening progressed. On the surface, it’s interpreted as the courage of the blind—like the featured story of Haben Girma, the first deaf-blind person to ever graduate from Harvard Law. But then it expands: the courage to bid, the courage to jump over large obstacles on a horse, the courage to compete, the courage to help—and, by the end of the night, the courage to dance. It was an indulgent night—and bittersweet, too, knowing that the show’s end is quickly approaching. Two more days and it will be another year of planning and practicing before we all return to our version of the circus at the Circus Club. 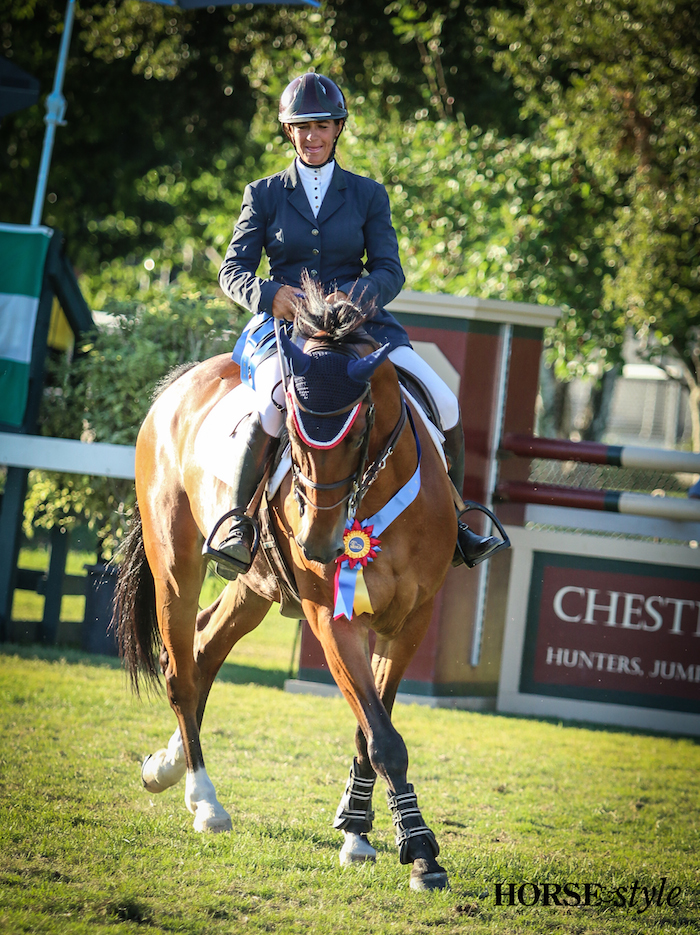 Another day, another victory gallop for Kristin Hardin and Bert 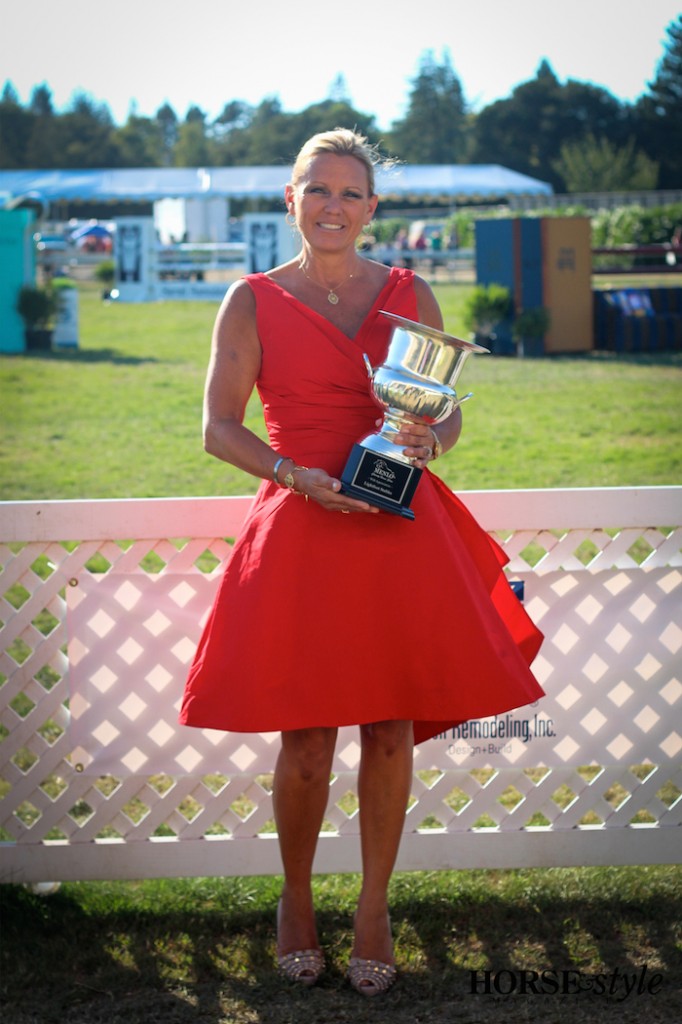 N o effort is wasted for fancy at Menlo 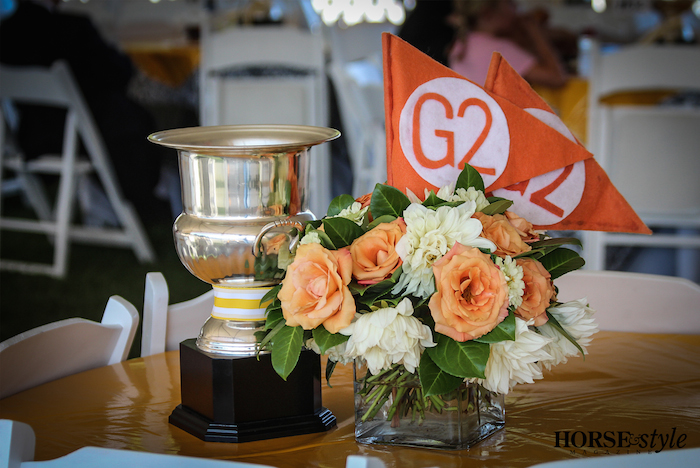 That VIP sponsor tent – a trophy for every table 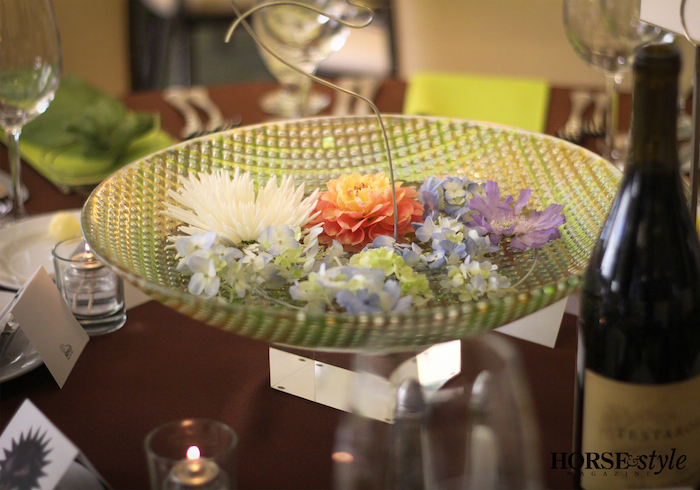 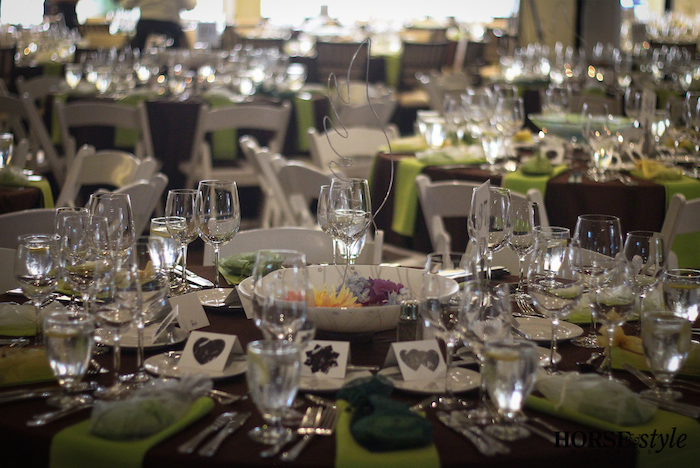 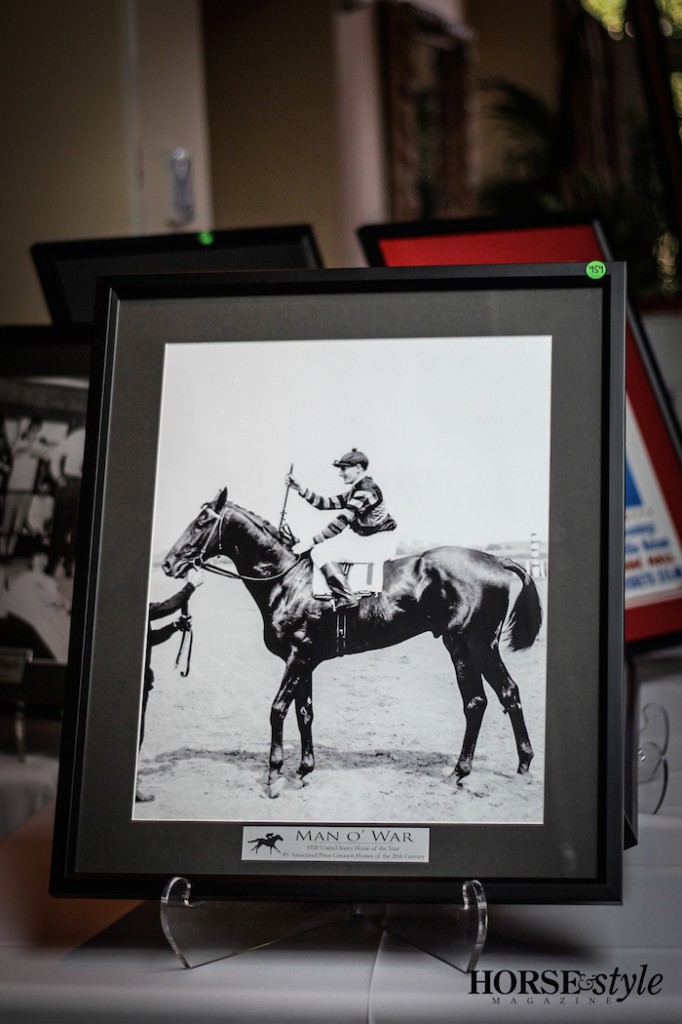 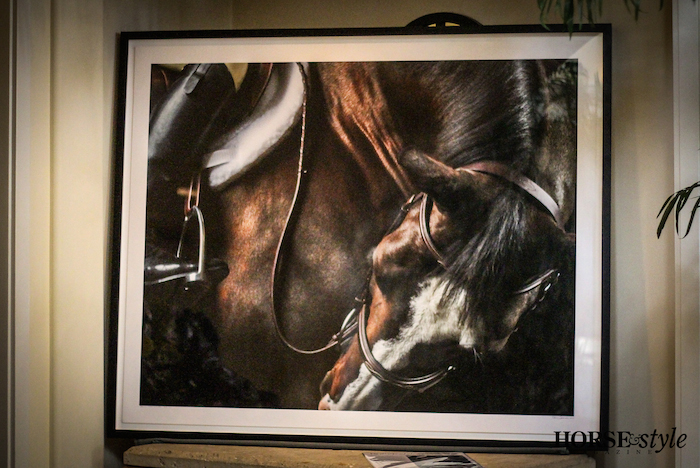 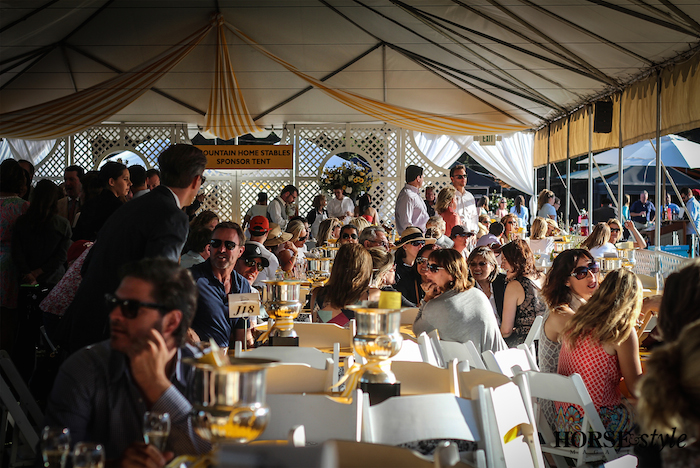 The sponsor tent, where all the action happens.