It was about an hour before the start of the $40,000 Los Gatos Luxury Cars Grand Prix at the Menlo Charity Horse Show in Atherton, CA. Guy Thomas, last year’s victor, was sitting with his barn mates at the Willow Tree Farm setup. He looked relaxed as he chatted with the group – even though it was toward the end of a long day and an even longer week. He actually hadn’t stuck around for any of the week’s prior night classes. Every morning had started early, on Wednesday night he left early to play on his softball team and on the others he was resting up in the comfort of his air conditioned home.

“Do you have a pre-Grand Prix ritual?” I asked him.

“No,” he said. “I hang out and wait to walk the course, and just try to keep my whites clean.”

He was riding Adamus this year, a nine-year-old gelding by Caballo that his parents, Butch and Lu Thomas, bred and raised. Guy described Adamus as very capable and fast but in need of more mileage. His winning mount from last year, Peterbilt, is coming back from an injury sustained at this year’s Thermal and not yet ready to return to competition.

“I’m just looking forward to getting this [Grand Prix] going so I can go home to ride my reining horses,” he joked.

But after an unlucky rail in the first round, last year’s champ was unfortunately out of the running for a repeat victory. He was joined in the four-faults club by another favorite: Kristin Hardin aboard her mount of four and a half years, Bert. The winning duo have been on a streak for the last year, rarely finishing outside the winner’s circle. But at the last fence of the first round – the sofa jump that Bert so easily cleared on the way to winning Friday night’s 1.30m Ryman Memorial – a light tap with his hind legs put four faults on the board. It’s hard not to blame an overzealous spectator, in the sponsors’ tent mere feet away from the fence, who jumped the gun with shouts and arm waves for distracting Bert just long enough to get sloppy behind. But then again, no sport is much of one without enthusiastic and excited fans, and even if some cheering did spook the horse, that’s just the way the cookie crumbles – or in this scenario, how the jumps fall.

With Kristin out of the picture, the night moved on to a two-horse jumpoff and was captured to Lane Clarke and Semira De Saulieu, a twelve year old Dutch Warmblood mare. It was their first trip north from Laguna Niguel, Calif. to show at Menlo, and they will leave victorious with a win that has alluded many veterans for many years. 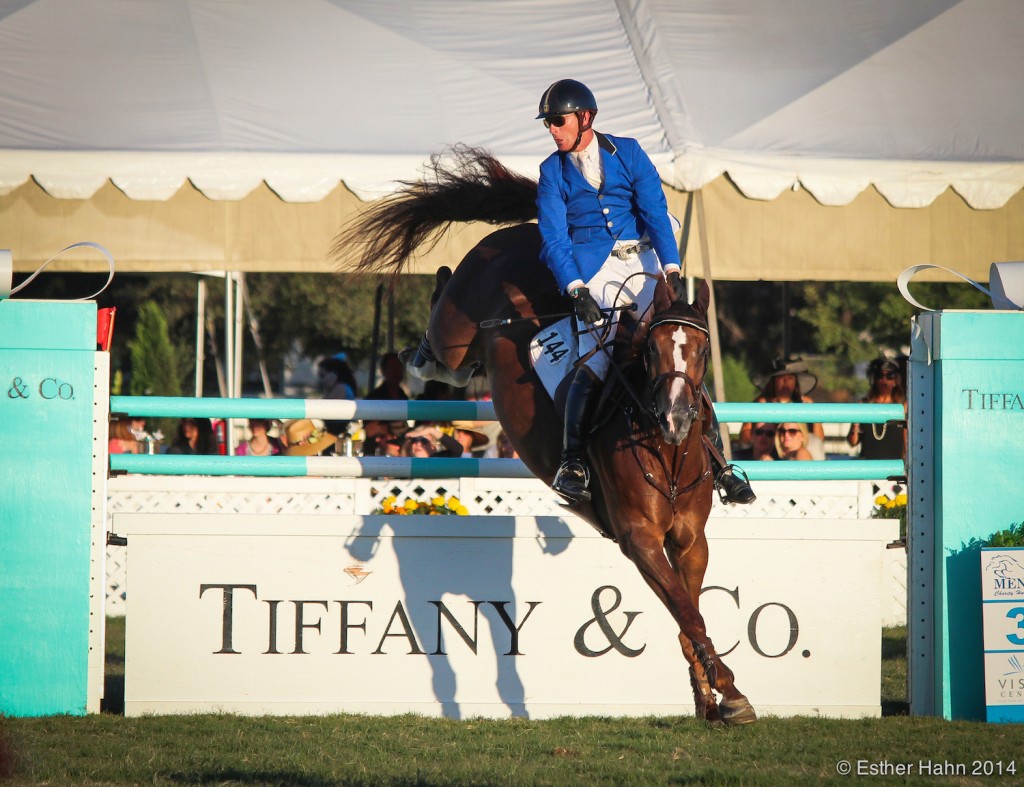 From the moment Lane stepped into the ring clad in his azure blue show coat, he was hard to miss.

“I’ve worn a blue coat since I was 16,” he told me following the victory gallop. “I decided then that I wanted something special to wear in the ring, and blue is my favorite color.”

How fitting given that the color also matches that of first place ribbons, the kind that the pair have started collecting: they now have won six grand prix classes this year, thus far. And it wasn’t just the eye-catching coat that separated Lane from the field – his tight, inside turn to the final fence in the jump off sealed the deal. Second place finisher Keri Potter riding Paloma took the slightly longer route and had to settle for red. Rounding out the top five were Peter Breakwell on Finnley 5, Daniel Zilla on Venice B, and Matias Fernandez on Alegria. 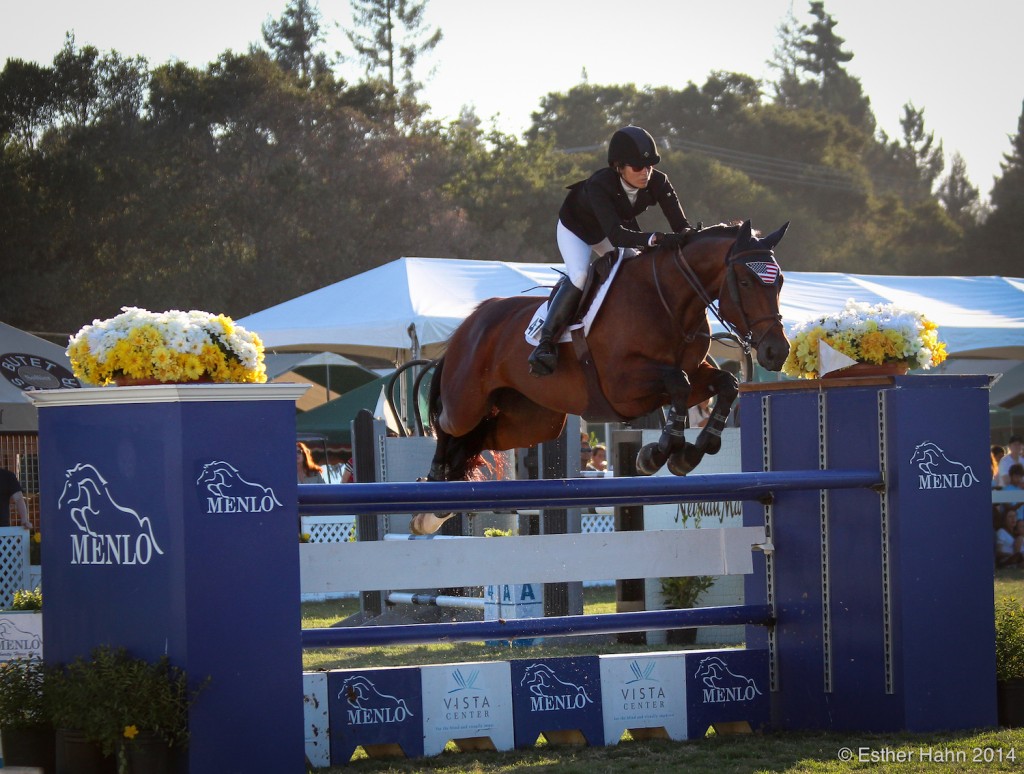 As the crowds thinned and the sunlight quickly faded, my time to talk to Lane had to end to give him up to the next interview in line. I began to walk away when he called me back. He wanted to ask that his thanks be relayed to the horse show, the sponsors, his coach Mickey Hayden, the Gadbois family who own Semira, and his clients and supporters. It was then that I realized how much the color blue suits him- it’s not just because he can win, but because he embodies a winner’s attitude and approach. There’s no doubt that Lane and his touch of blue will be a force to reckon with for the many more grand prix classes to come. 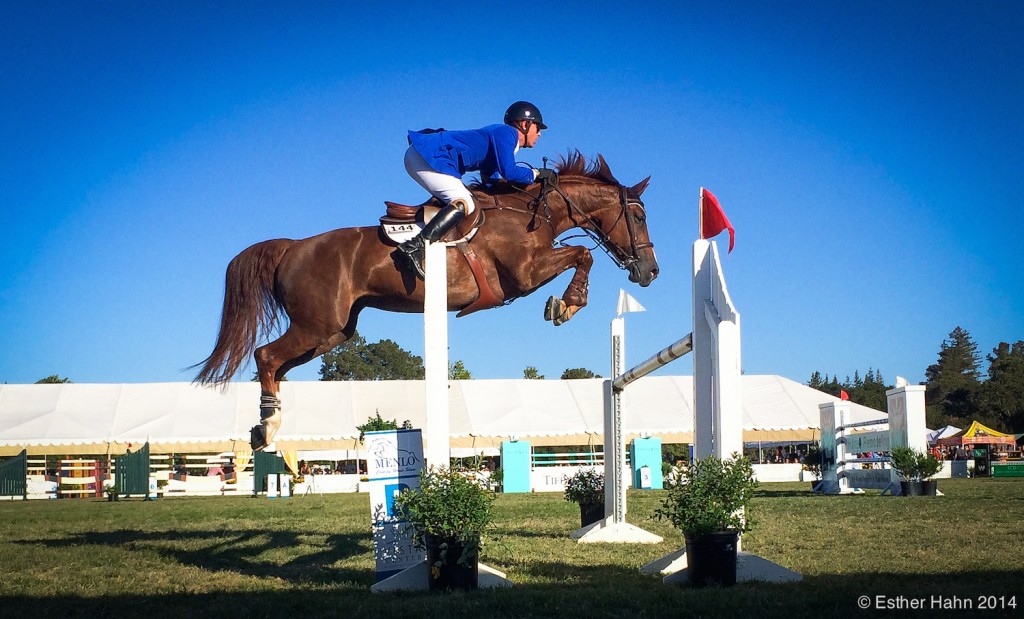 One more shot of Lane and Semira 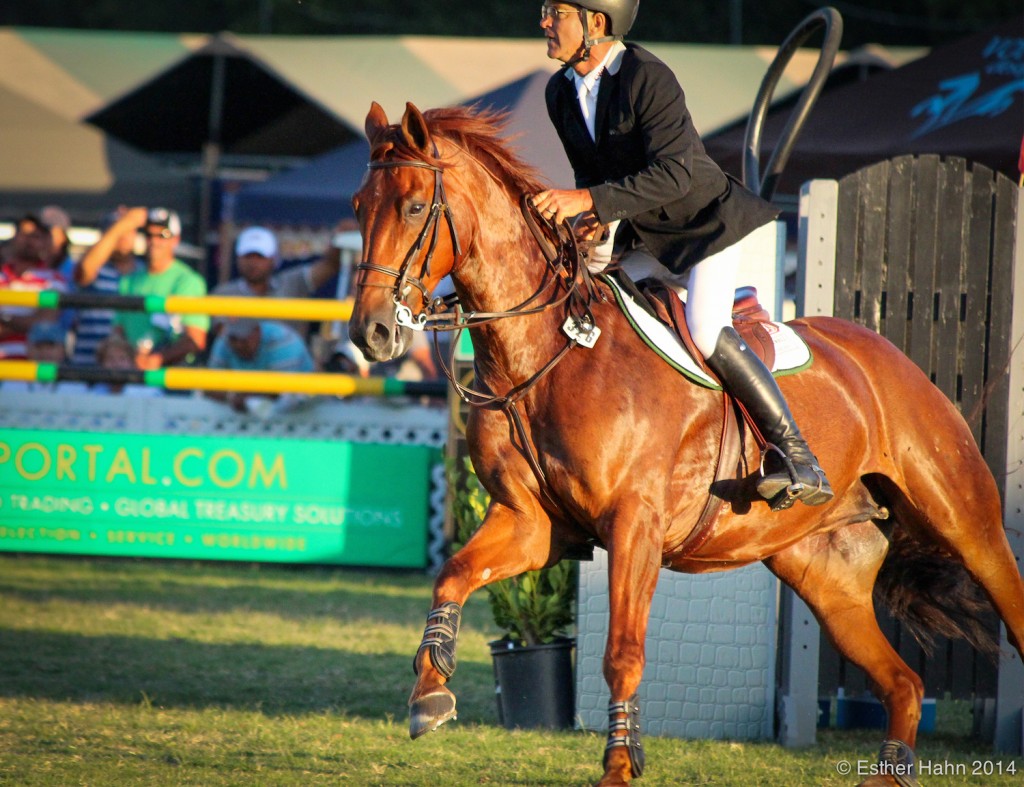 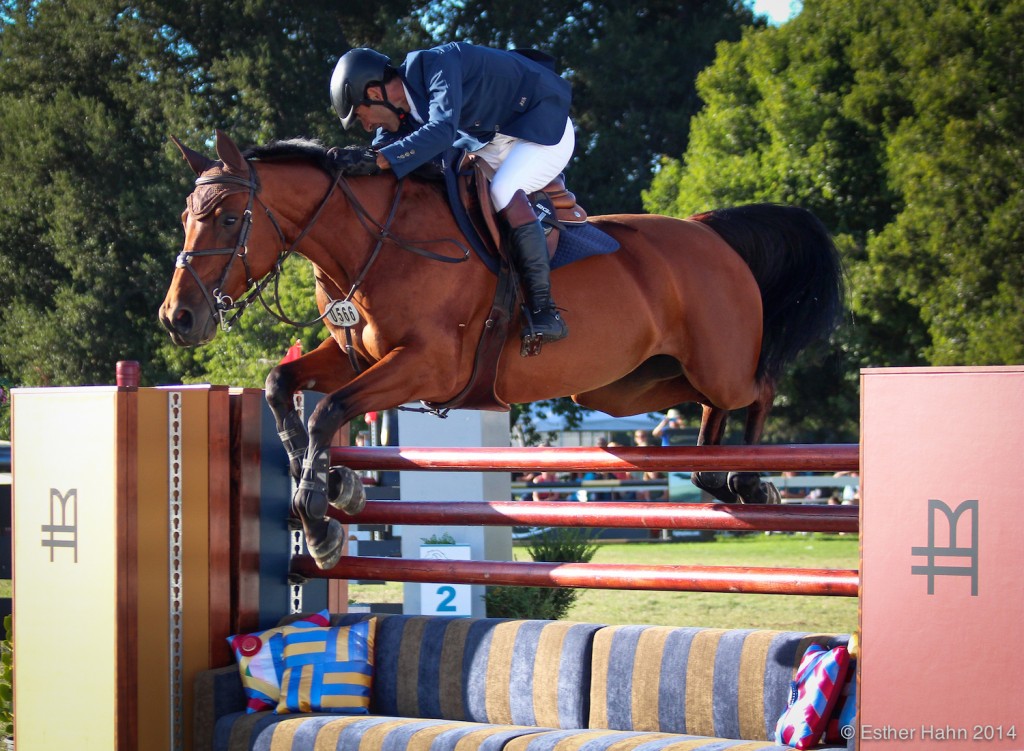 Matias Fernandez and Alegria were 4th.