Christie’s Announces The Art of The Horse

Christie’s is proud to announce The Art of the Horse, a ground-breaking cross-departmental private sales exhibition to be showcased in Shanghai and Hong Kong this fall at the culmination of the Chinese Year of the Horse. Coinciding with the grand opening of Christie’s new Shanghai headquarters at the Ampire Building (21-30 October), and shown at the Hong Kong Convention and Exhibition Centre (21-25 November), at the time of the Hong Kong autumn sales, the exhibition features highly important works exploring the portrayal and symbolism of the horse from diverse cultures across the ages. This unique show comprises over 50 works from a broad range of collecting categories, from paintings, drawings and photographs to sculpture, jade and jewellery, with a total value of over US $30 million. Incorporating the best of Chinese and international artists, from Antiquities to Post-War and Contemporary Art, The Art of the Horse offers a fascinating insight into how different cultures have engaged and connected with this beguiling creature through artistic expression.

John Stainton, International Director, and Co-Curator of the exhibition, commented: “Equestrian art is a genre that transcends local markets and collecting categories. From the great names of Stubbs, Géricault,Degas, Munnings and Marini in Europe, Remington, Botero and Prince in the Americas, to Xu Beihong and Ma Jin in China, with fabulous Antiquities, Renaissance sculptures, jade, and jewellery, the works in this exhibition provide a feast both for those who love horses, and for those who admire great works of art.” 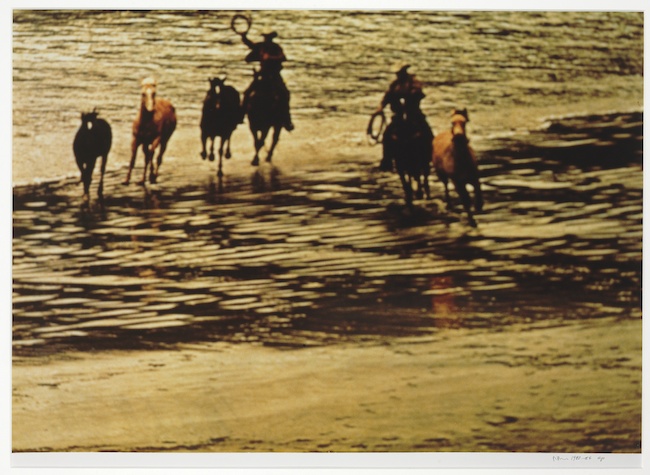 Jonathan Stone, Chairman of Asian Art, and Co-Curator of the exhibition,commented: “The Art of the Horse pays tribute to the enduring qualities of the animal, made manifest in art. Physically majestic and culturally symbolic, the horse is revered both in Asia and the West. In light of this, the exhibition is especially timed to coincide with the opening of Christie’s magnificent new home in Shanghai and with the Hong Kong Autumn sales.”

The role of the horse as a sporting inspiration is exemplified in the energetic and striking racing scene, The Start, by Alfred Munnings. For Munnings the start of the race epitomised the power and beauty of the horse, capturing the moment of stillness before the race begins when the horses and jockeys erupt into a mass of energy and speed. Strong sculptural qualities capture a moment charged with nervous tension. Also included in this show is one of the most prestigious polo paintings showing the celebrated American Devereux Milburn on ‘Gargantilla’, on a polo field, which was painted by Munnings in 1924. Other notable works depicting sporting events include Kees van Dongen’s Champ de courses à Mandelieu (Alpes-Maritimes); and one of John Frederick Herring’s most exceptional works that captures champion race horse Priam at the Goodwood Gold Cup in 1831. 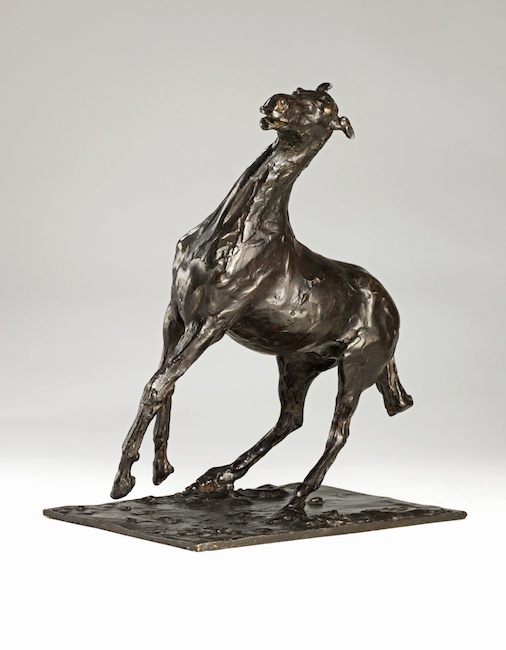 The exhibition includes three works by Edgar Degas, one of which is Cheval se cabrant (illustrated above), an original wax model executed circamid-late 1880s-1890s and cast from 1920-1921, which is widely considered to be one of the finest, most expressive and formally sophisticated of Degas’ surviving sculptural representations of the horse. The artist had been studying and portraying rearing horses in his drawings from the 1870s to the 1890s, yet only one sculptural model of the subject survived, from which this particular work was cast. Other sculpture highlights include Marino Marini’s Piccolo cavallo and Piccolo miracolo; Fernando Botero’s bronze Horse with Bridle; William Turnbull’s astonishingHorse II; and Britain’s most well-known contemporary equestrian sculptor, Nic Fiddian Green’s Still Water, the best-known model of which stands at Marble Arch in London.

Frederic Remington’s Hole in the Day depicts a sweeping view of mounted Native American braves on a hill at sunset; Untitled (Cowboy) by Richard Prince, captures the image of the cowboy that is so familiar in American iconology;photographs by Tim Flach include Horse Mountain, November 2001; and Andy Warhol’s unique Polaroid portraits of Willie Shoemaker show the greatest American jockey of the second half of the 20th century.

The Art of the Horse explores the role of the horse in both Western and Eastern art, and showcases some exceptional and varied representations of the horse in Chinese culture. An exhibition highlight is Xu Beihong’s Horses Drinking; he was a founder of Chinese modern fine art and is especially known for his Chinese ink paintings of horses and birds. Other works include Ma Jin’s Resting beside a Running Stream which demonstrates the artist’s fine and ingenious style; and a rare White Horse Jade Group from the Qianlong Period. This work presents a pair of horses in a unique composition, as well as displaying the Mughal style of embellishment. A painting from the Mughal era attributed to Mukhlis, Grooms shoeing a horse, circa 1585-90, is a fine example of the growing taste for horse portraiture that spread through Mughal India in the 16th century. Few paintings however depict the unusual subject of the shoeing of a horse. The exhibition also includes five antiquities, stretching as far back to circa 540-530 BC with An Attic Black-Figured Amphora, a rare and intact survival from this era, attributed to the group of Toronto 305.

Further beautiful objects that reflect the broad range of collecting categories include an illuminated manuscript, Le chevalier délibéré, by Olivier de la Marche and dated 1547. Renowned as the most vivid recorder of the court of Burgundy, de la Marche composed his chivalric version of the Ars moriendi, or Art of Dying. De la Marche intended the vivid imagery of his poem to be given visual form and instructed fifteen miniatures. This is one of only five surviving manuscripts containing all fifteen subjects listed in the author’s original instructions.