Between the Lines: The Cleveland Grand Prix

Have you ever wondered how show jumping developed in the United States? Long before Devon was a (equestrian) household name, there was the Chagrin Valley PHA Horse Show near Cleveland, Ohio. Home to the Cleveland Grand Prix, Chagrin Valley was home to the inaugural and most famous American grand prix. In The Cleveland Grand Prix: An American Show Jumping First, author Betty Weibel chronicles the founding of the horse show, the rise of the American grand prix, and the evolution of show jumping into the sport that we enjoy today. 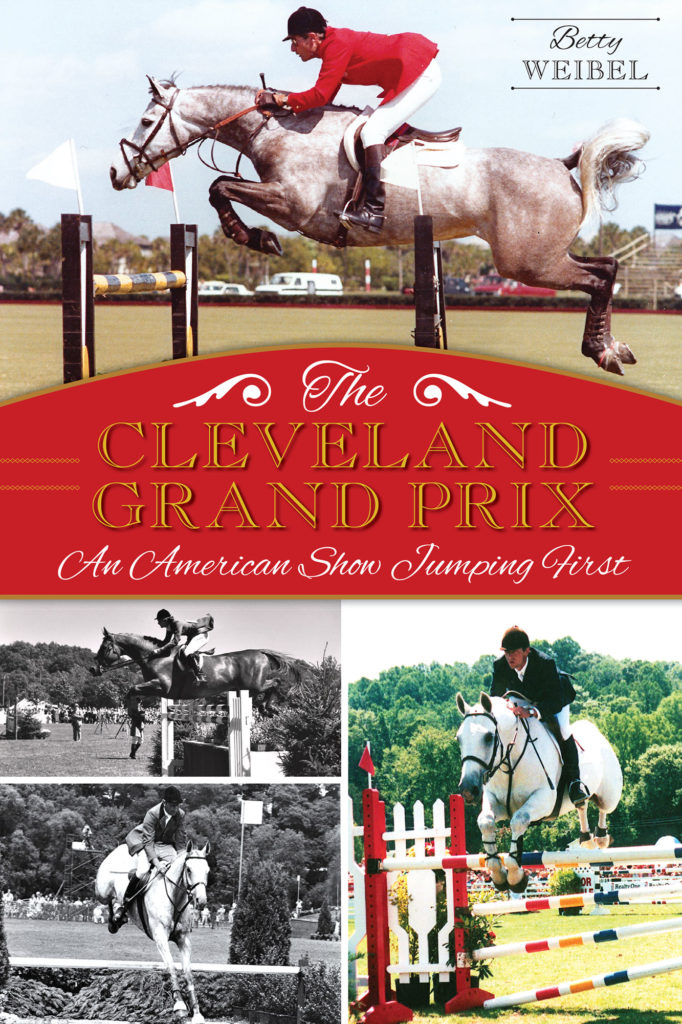 While name-dropping famous pairs such as Mary Chapot and Tomboy, and Buddy Brown and Sandsablaze, and Katie Monahan Prudent (shown above, competing in the Cleveland Grand Prix) Weibel explores the development of grand prix classes, courses, and the rise of American prominence in show jumping. Filled with anecdotes and great stories of the first American grand prix classes, this book is a must-read for any equestrian with interest in the history of our sport.

“Chagrin Falls was always one of my favorite shows,” says  George Morris, Olympian, USET Coach and President of the Show Jumping Hall of Fame. “I was there during the floods and had been going since the sixties.  The book (The Cleveland Grand Prix: An American Show Jumping First) is a great historical reference for people. I am a history buff and it was very nostalgic to see the early days and Gene (Mische), Rodney (Jenkins), Bernie (Traurig). I really liked the book and it is a great addition to my library I would recommend to others.”

The Cleveland Grand Prix: An American Show Jumping First is now available for purchase on Amazon, at Barnes and Noble, and at select equestrian retail locations.