The Las Vegas National, a Blenheim Equisports event, is the final show of the season on the West Coast. Held this year from November 11-16, at the South Point Casino and Hotel, it’s a fun location to celebrate the end of the season and cut loose a little, too. South Point boasts capacity for 1,000 horses and 3 competition arenas, and having the stables and competition arenas on site at the hotel is convenience at its best. The LVN attracts some spectators from the casinos who may never have seen show jumping before. Their enthusiasm is exhilarating for riders with lots of big applause and cheering. The LVN hosts a number of year end finals including the North American League Children’s/Adult Amateur Jumper, Low Junior/AO Jumper and Children’s/Adult Amateur Hunter Finals, the iJump Team Challenge Final and the Markel Insurance 1.40M Series Final.

The show always has an impressive turnout of successful grand prix riders competing in the World Cup Qualifier on Saturday night, and this year in particular has seen a boost in big names showing at Las Vegas. Reed Kessler, Georgina Bloomberg, and new European faces such as Harrie Smolders and Jos Verlooy are all competing at the LVN this year.The LVN also has been a great supporter of Just World International and always hosts a horseless horse show for young riders and spectators.

So far, the week has been an exciting one for the exhibitors; Vinton Karrasch won Thursday evening’s Open Welcome aboard Coral Reef Baloufino, and Kristin Hardin had a banner week, winning the Markel Insurance 1.40m Series Final with Bert, and the $30,000 1.35m Las Vegas Speed Classic aboard Aran.

On Saturday evening at 7:30pmPST, the $75,000 Las Vegass CSI-W Grand Prix will get underway. In the past, the Saturday night pre show entertainment has included a parade of international flag bearers by riders representing their nations in the WCQ, spectacular aerial acrobatics performances and glitzy laser light shows. Showing in Las Vegas has an electric energy to it and riders come ready to roll the dice.

USEF Network is streaming the entire show live on www.usefnetwork.com. Tune in! 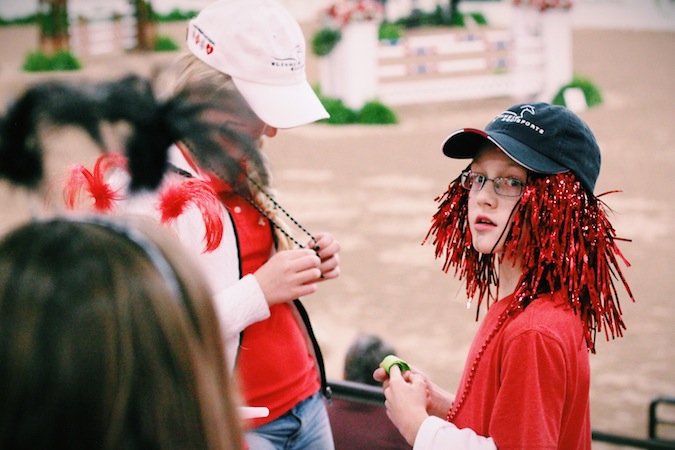 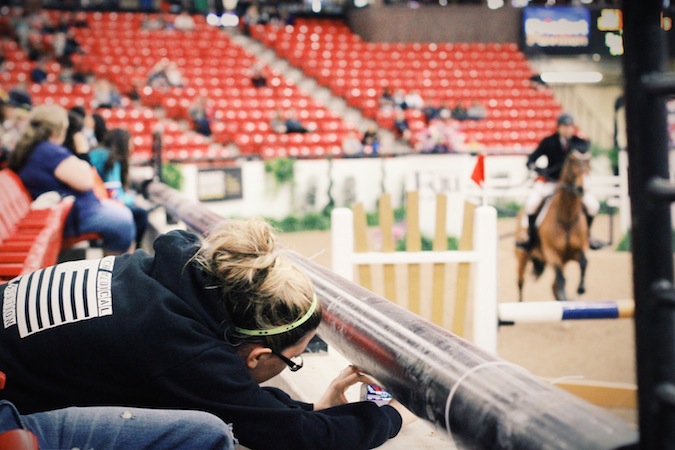 Getting that shot of a rider on course 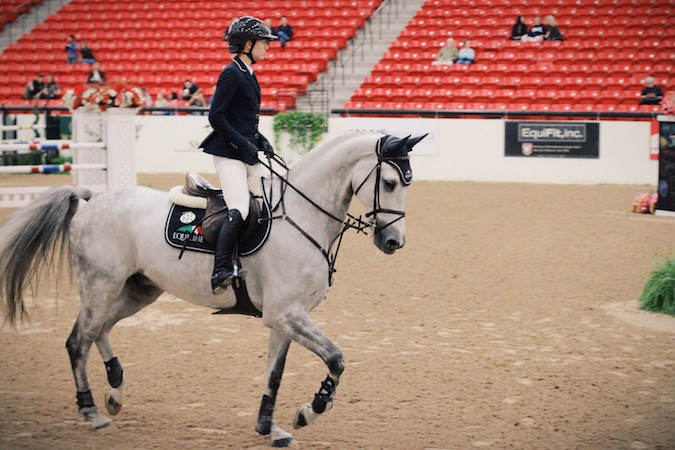 Lucy Davis on course with Cassis 54 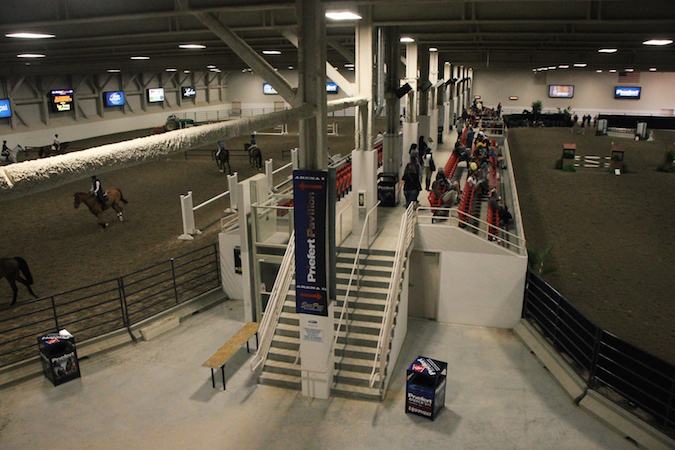 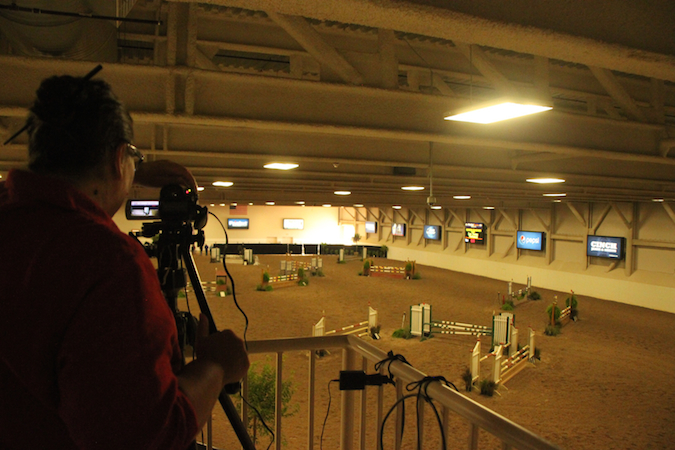 Shout out to C-Vid On Demand, hard at work videotaping every round in every arena for purchase. 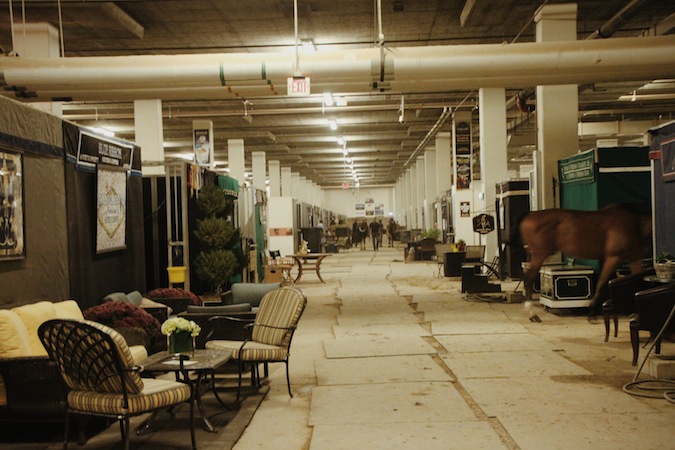 The  temperature controlled stabling area is located under the casino. 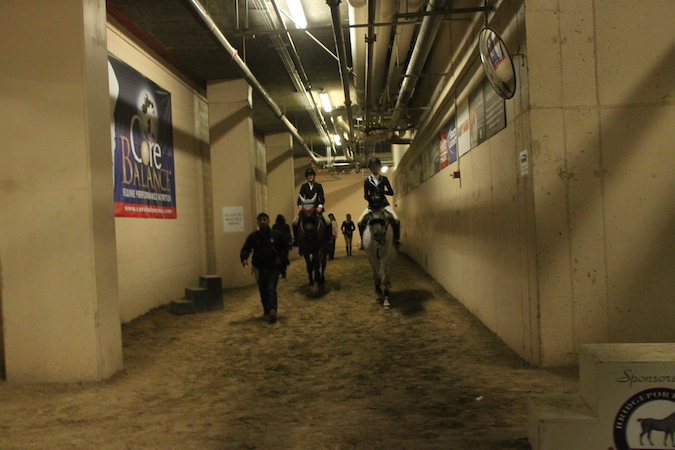 This is how they head to the ring in Vegas 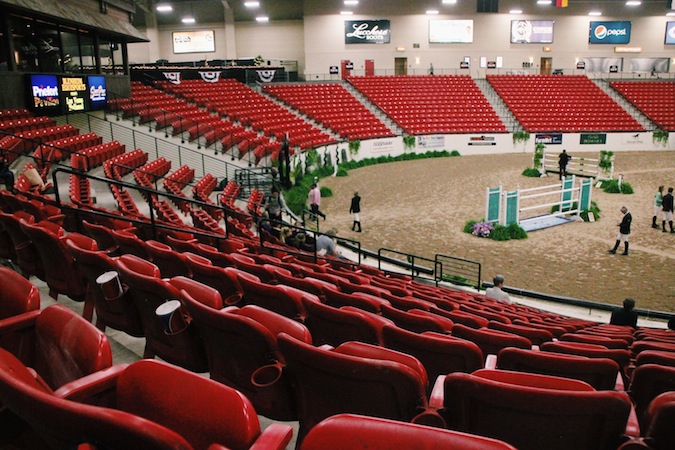 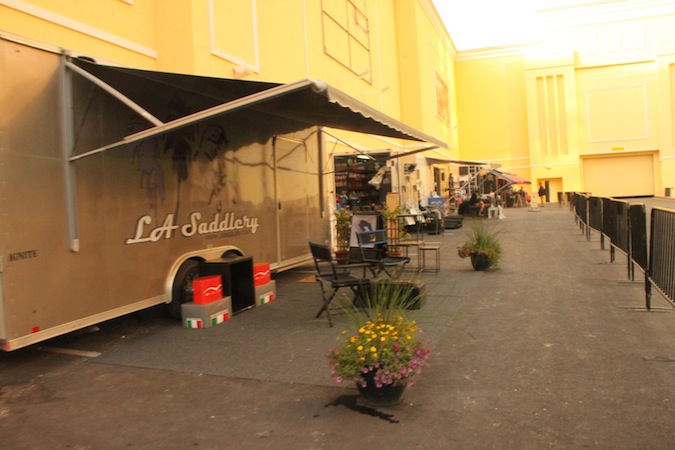 Vendor row sits on the outside concourse of South Point 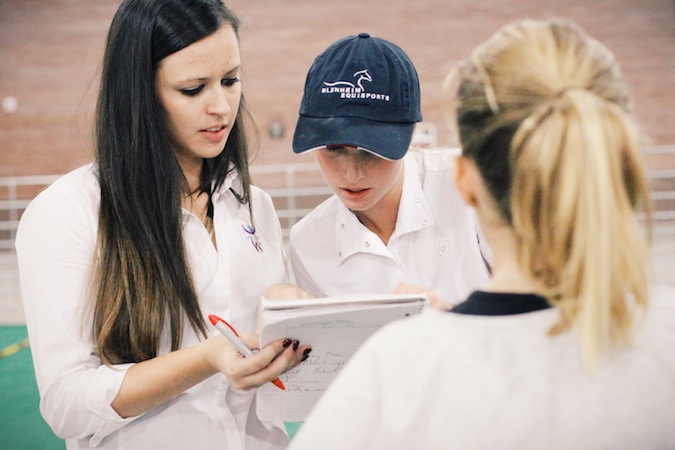 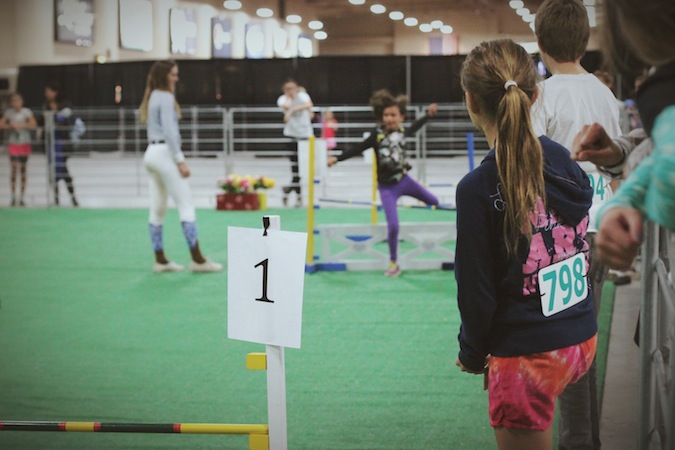 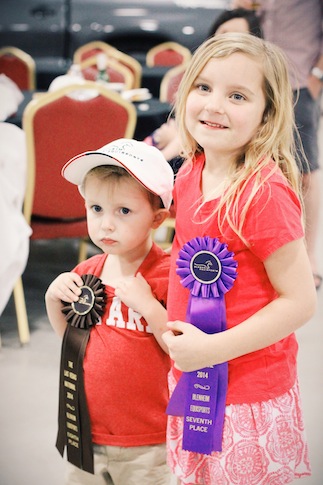