A Night In Pictures: The Rolex Five Star Grand Prix at WEF

As mentioned in a previous post, the press love it when Rolex comes to WEF as the grand prix sponsor. In the media room, an extra-large bottle of champagne beckons, the object of a raffle if a member of the press can correctly guess the winning horse and rider in the night’s grand prix.

However, on Saturday evening, for the $372,000 FEI World Cup Grand Prix CSI-W5*, presented by Fidelity Investments, the members of the media filled out their raffle slips with the usual suspects – Ben, Kent, Eric. Not a one of us bet on a small chestnut mare and her French rider.

Even though the champagne went unclaimed for the evening, we were all thrilled for Marie Hecart, who picked up her first Saturday Night Lights win, and her biggest career victory, when she beat Ben Maher, Eric Lamaze, and the rest of the star studded lineup with pure speed and a little bit of luck.

Hecart and her 15-year-old Selle Francais mare by Quidam de Revel are hard workers and have developed a deep partnership – Hecart has had the ride on “Mini Me” since the mare was a four year old. They’ve been on great form this season, and their double clear rounds were a thrill for the crowd, which loved watching the tiny mare fly over jumps taller than the tips of her ears. Lamaze (my pick for the champagne winner) would have stolen the victory from Hecart if not for a rail down in the jumpoff, but he accepted his third place accolades with a smile.

That’s the way it goes on a Saturday night, and we’ll all have a chance to bet again this season – this grand prix was the first of four FEI five-star weeks, and the winter season is still young. Enjoy this night in pictures from an exciting, action-packed evening in Wellington, FL. For full results, go here. 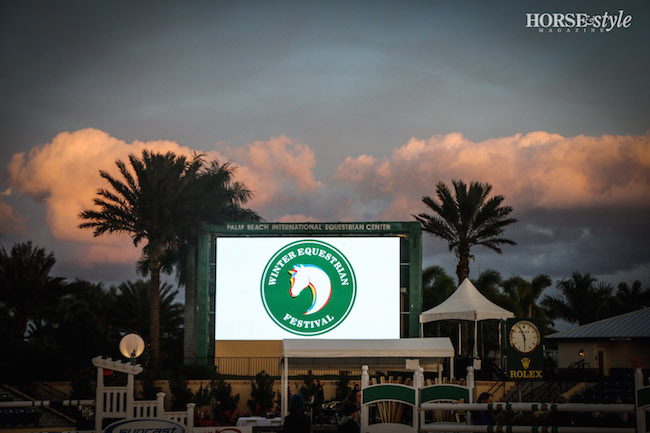 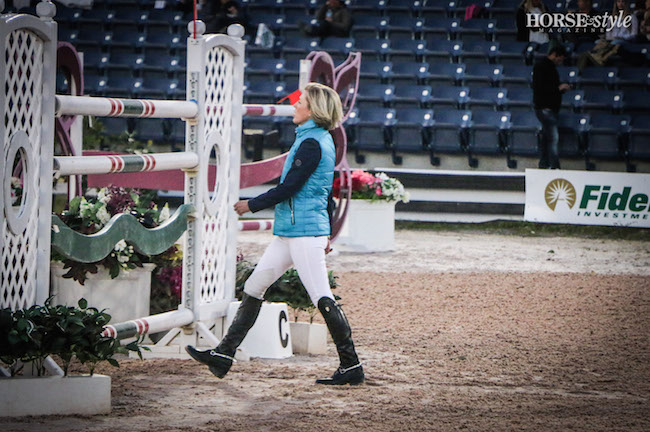 Can you see over the top if you stand on your tippy toes, Meredith? 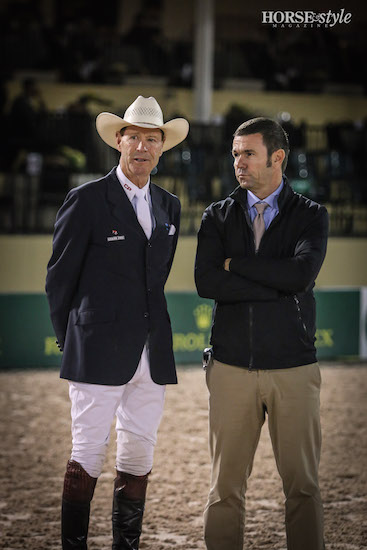 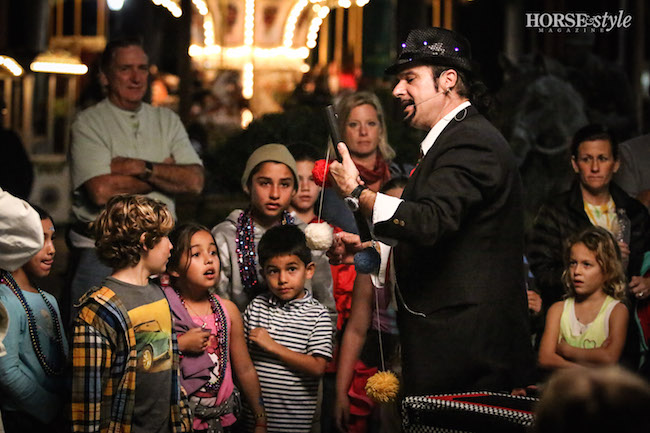 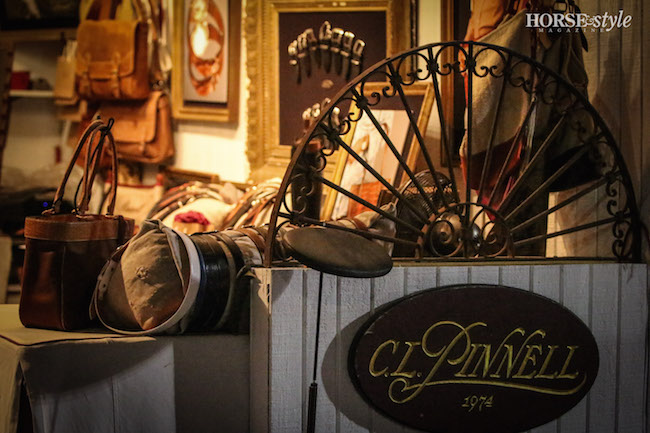 . . . and shopping for the ladies, a la Mr. Charles Pinnell and his leather goods 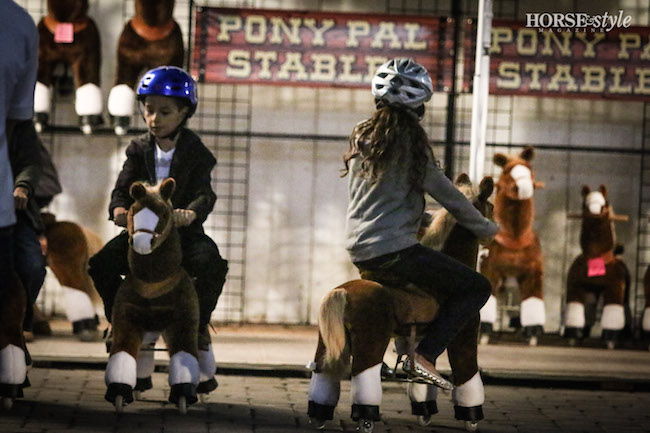 The Pony Pal booth remains a favorite. It’s good to see these riders are obeying the USEF helmet rule on the showgrounds. 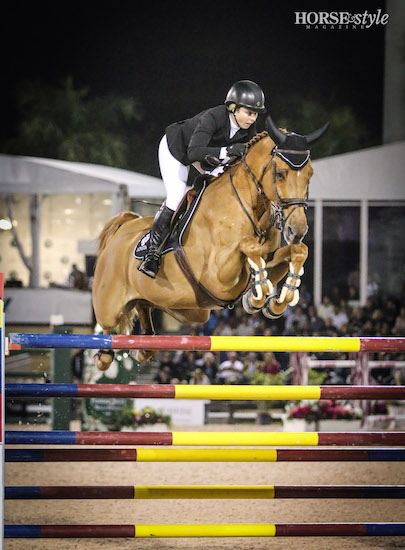 Now for the real ponies. Kirsten Coe and Baronez demonstrated perfect eq over a sizeable triple. 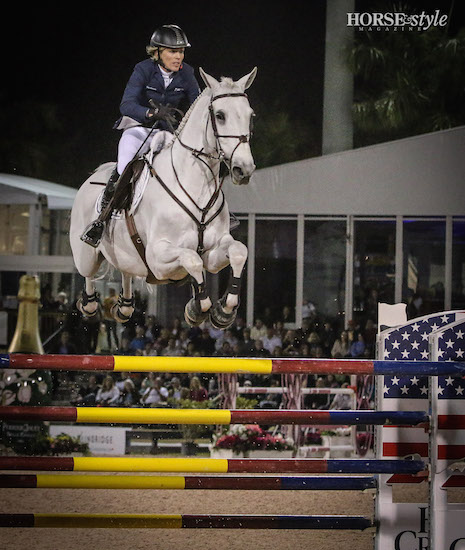 ...while Meredith Michaels Beerbaum might want to consider a puisssance career for her horse Fibonacci 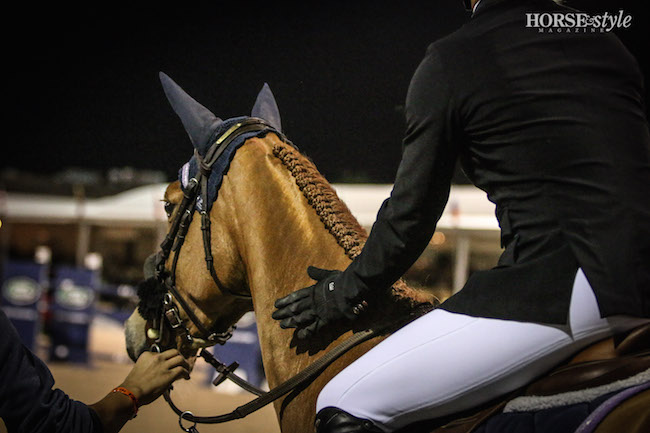 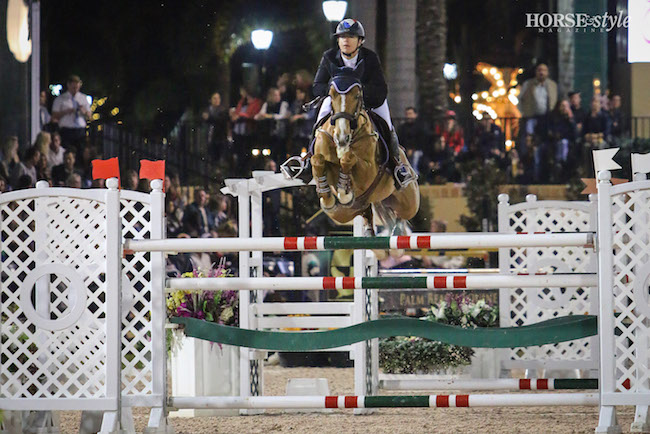 Marie Hecart and Myself de Breve 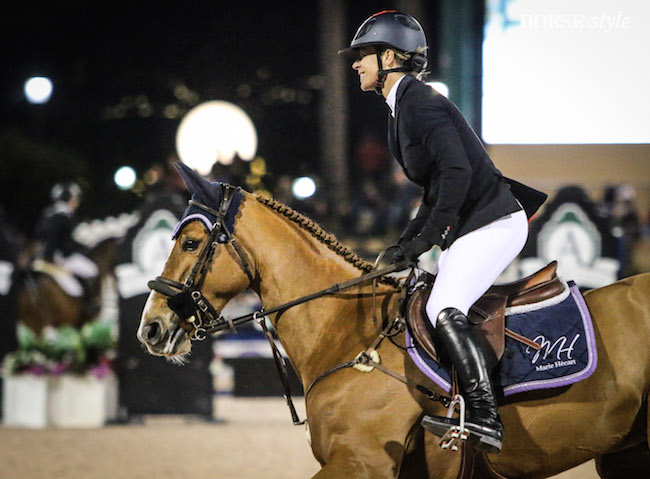 Thrilled with their first clear round of the night, excited for what’s to come. 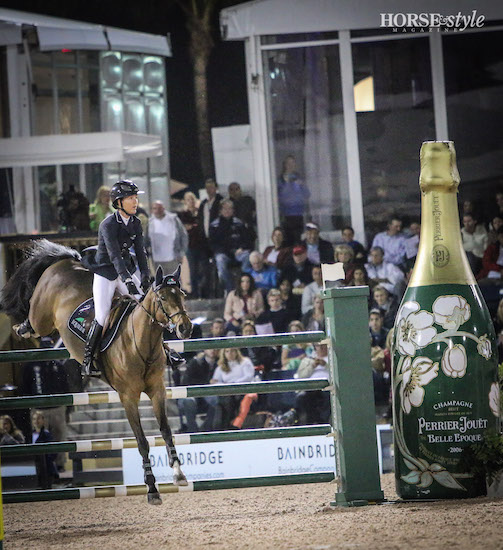 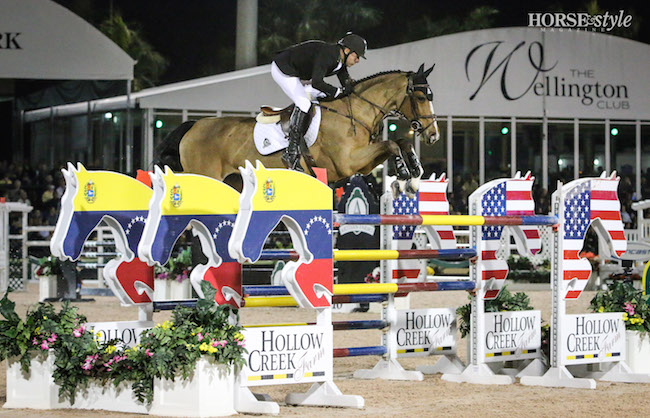 .…and Eric Lamaze was the heavy favorite to win the night with Fine Lady 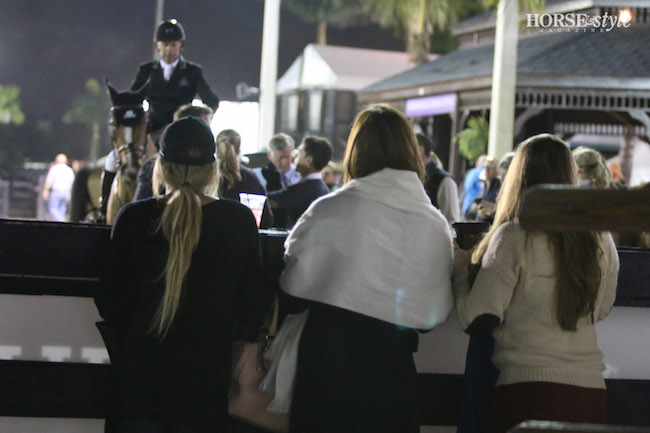 Back in the warmup, all eyes were on WEF’s leading rider 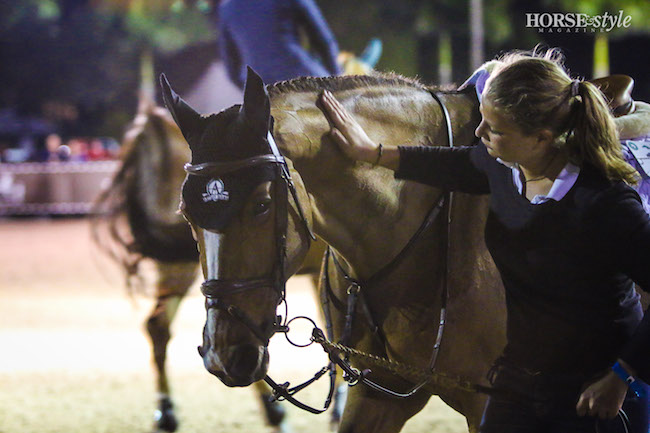 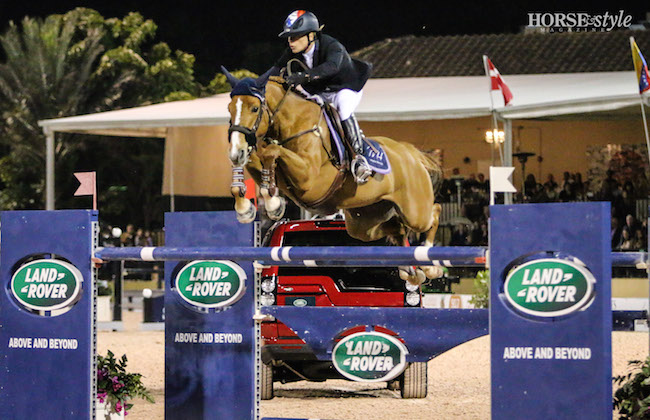 But the night belonged to these two. Hecart and Mini Me over the final fence – clear and fast! 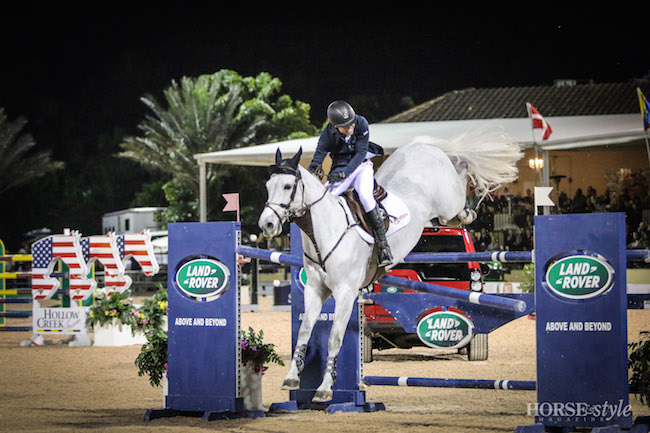 Heartbreak as Kent and Willow tap the final rail. Better luck next week! 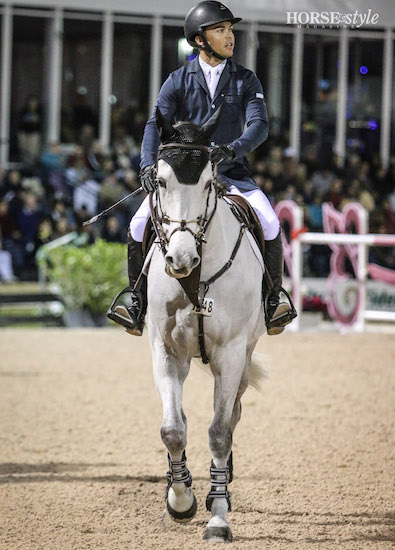 Methinks Kent will be thinking about that final oxer for some time to come. 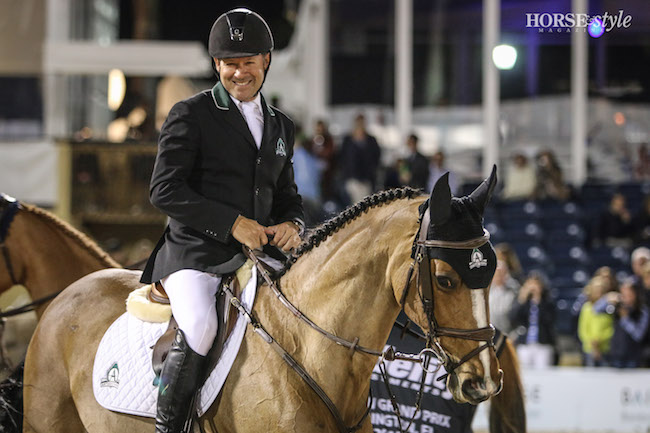 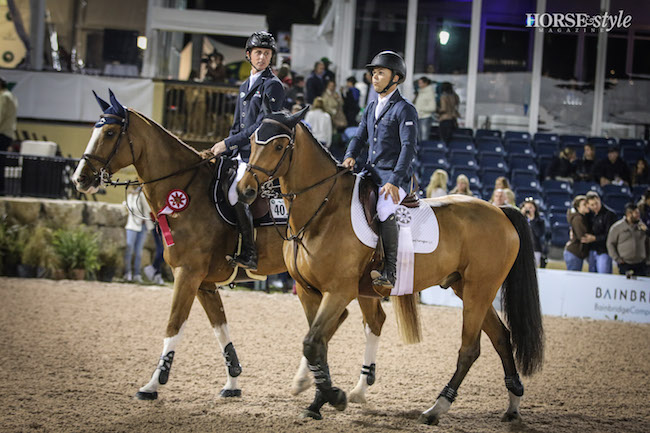 Ben Maher has a chat with Farrington as they wait for their awards photo. Farrington is still contemplating that oxer. 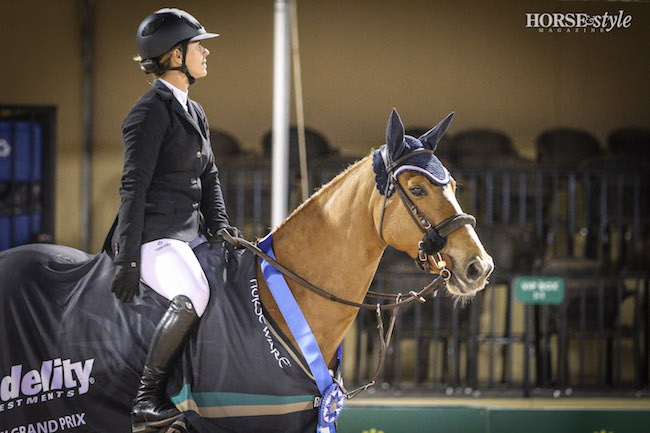 Meanwhile, the proud winners listened to the French anthem and watched their flag be raised. 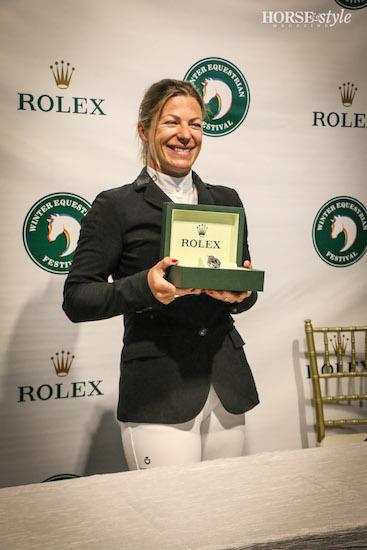