The Hap Chronicles: A Near Miss to Remember

Geraldine Bidwell brings us Part I of an online series chronicling the life and times of legendary grand prix rider and trainer Hap Hansen. A longtime rider and owner in the sport of show jumping, Bidwell owns Hansen’s current show jumper, the 10-year-old gelding Acer. Check back next week for Part II.

Before I knew who Hap Hansen was, I almost killed him.

It was 1988, in the schooling ring of the old Indio horseshow. My defiant dapple-grey Thoroughbred named Easy had sped up in the canter towards a glistening young bay. We were going against the grain when a tall and elegant man in a brown velvet hunt cap trotted directly in our path. He was so rapt in concentration that he didn’t see us coming. I panicked; was I to stay to the right of him, or the left? Like a car that lost its power steering, Easy grew harder and harder to hold. I felt like I was in London traffic on the wrong side of the road. Out of desperation, I looked at the man’s face for some indication, a glance, a shrug or even a cursory gesture. But, it was as if nothing else existed in his time or space. He was inside the head of his horse, but for me, it was a terrible game of chicken. He knew which way to go, and he expected me to as well. Not wanting to chance a crush into the rail, I swerved left. ‘Easy’ cut the corner hard to the inside, like a crazed water-skier who has suddenly decided to go for the wake. It was the wrong way to pass. But as Easy accelerated, the tall, elegant man made a simple lateral move to the left to help accommodate for my mistake.

Everything would have been fine then, if I’d left it alone. But, just as he shifted, I yanked a hard right (to quickly correct my correction.) Now there was nowhere left to go. I braced, ready for my horse to become an equine accordion… but, here is the whole metaphorical point of this story: this man was equipped with invisible wings!

His tan wrists lifted, shoulder blades folded back slightly, and his spine swayed like a willow in high wind. With momentum counterbalanced, everything shortened. The dark horse sunk its haunches down like an anchor behind a stern. It was as if I was watching an enormous bow flex in the hands of an archer. There’s a grace in pure trust; long, slender fingers attach like invisible strings to the horse’s soul. Time lifts, and suspends. We didn’t crash. There was no crack of bone on bone, or smash of muscle. Instead, we just stopped.

Easy nodded his head up and down, reminding me it was time to loosen the brakes. The man readjusted the brim of his cap with his free hand. He coughed slightly and cleared his throat.

And I could tell that he meant it. Like a bird that quickly reorganizes its feathers, he reached down to touch the shoulder of his trembling young horse that was fidgeting with the foamy copper bit in its mouth. The man waited for them both to inhale and exhale. Our near-collision was been nothing but a flash of disruption, something to be dealt with, and put behind.

And, as quickly as he’d saved us both, he gathered his reins up to go on his way.

Off he went, with no apparent problem that I almost killed him.

I found out later that his name was Hap Hansen, he lived in Encinitas, California, and that the young bay horse was the 14th horse that he’d ridden that day. 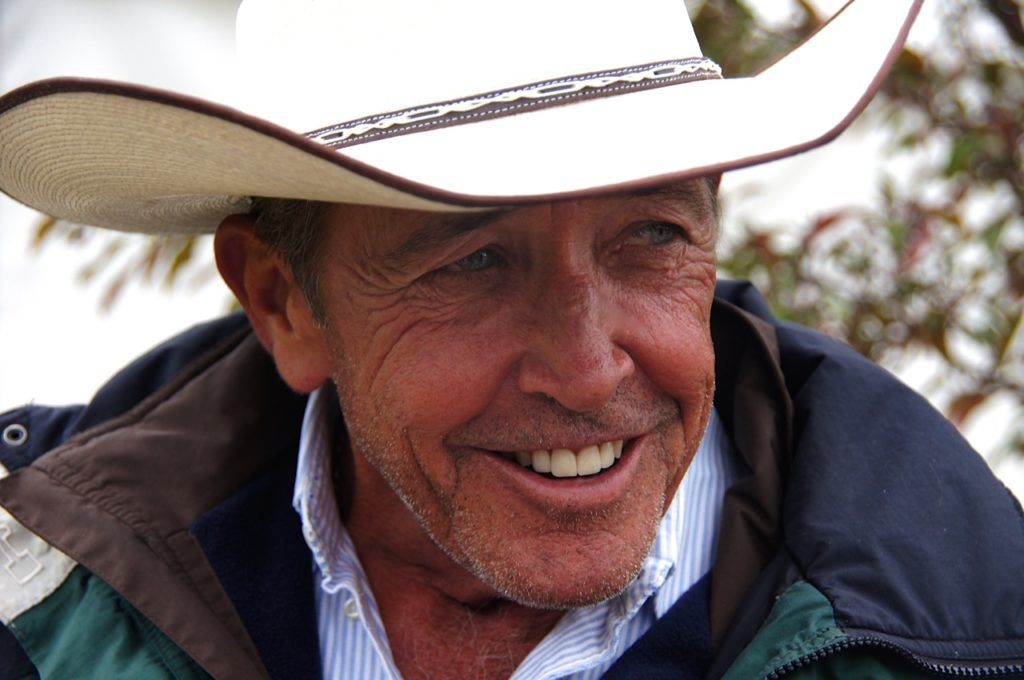