A cool Southern California evening contributed to a perfect setting for the $50,000 Purina Animal Nutrition CSI 2* W FEI Grand Prix on Saturday, February 22nd at HITS Thermal. Spectator bleachers were packed to shoulder, with friends passing their picnic baskets to others and sharing wines of every color. The berm across the field resembled a drive-in movie, lined up three rows deep with golf carts positioned to get the best view of the course. Seemingly all of the VIPs wanted to grab a place outside in the grass on their own private berm overlooking the arena to witness the World Cup action in the night’s grand prix. On the fourth side of the arena, photographers dotted the perimeter in hopes of snapping the perfect shot. 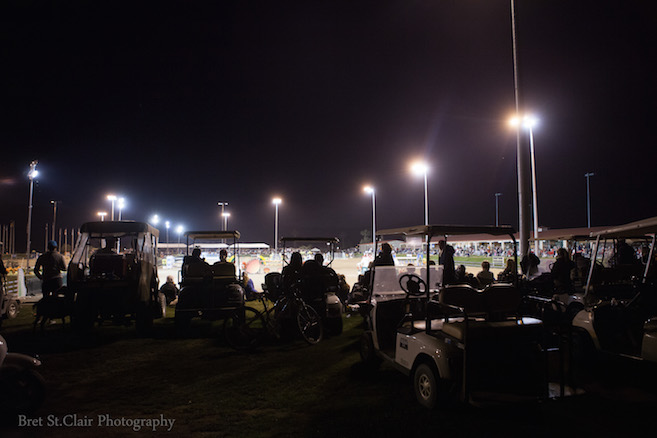 Nineteen horse and rider combinations representing five countries vied for their chance to answer the questions posed by course designer Bernardo Cabral of Carnaxide, Portugal. The size of the grand prix field was again reduced to World Cup dimensions, making it more challenging for competitors. Throughout the night, the most difficult fences seemed to be the most unassuming ones. While the daunting triple combination stayed up most of the night, the verticals at obstacles 4 and 8 fell consistently.  At the end of the first round, only two riders were left standing to return for the jump off. East Coast-based Katie Dinan and her own Nougat du Vallet, and rising West Coast star Hannah Heidegger with her own Geledimar topped the field. Dinan returned first and had a very well ridden round, but left the door open for Heidigger when she dropped one rail. The crowd knew then that Heidigger only needed to go clear to win her first World Cup Qualifier. Everyone held their breath as she tackled the jump off, but her first WCQ win would have to wait for another day. With two rails down, she finished second to Dinan. Third place finisher Elizabeth Gingras and Zilversprings only missed the jump off by one time fault.

“I’d like to go to the World Cup Finals again this year, and I thought it would be a good plan to come out here and jump these two qualifiers,” Dinan explained after the class. “It’s been a great 3 weeks out here. Everyone at the horse show has been beyond friendly! It’s definitely a change of pace and I was able to see some of my friends on the West Coast.” Dinan will now return to her winter base in Wellington, FL to compete in the last World Cup Qualifier at the Winter Equestrian Festival.

It was hard to miss the uncanny similarities of this night time World Cup Qualifier to those of Week Four’s $50,000 HITS Grand Prix World Cup CSI2*. Out of a field of international riders, again only two returned and again, they were among the youngest in the field. But, as the Desert Circuit barrels its way toward its final week and the AIG $1 Million grand prix, the number of exhibitors and spectators are visibly increasing. The excitement in the air is palpable and will continue to build as the West Coast’s winter circuit finale nears. Full results of the $50,000 Purina Animal Nutrition CSI 2* W FEI Grand Prix can be found here. 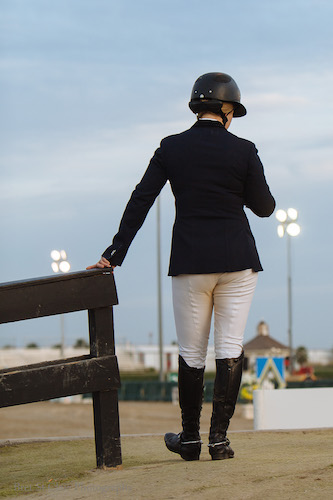 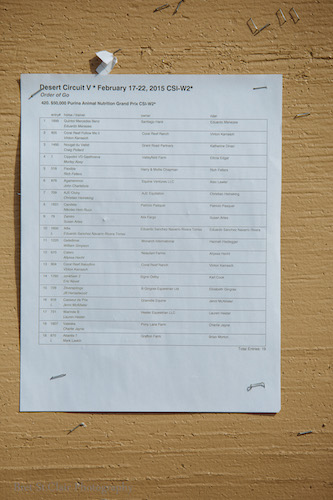 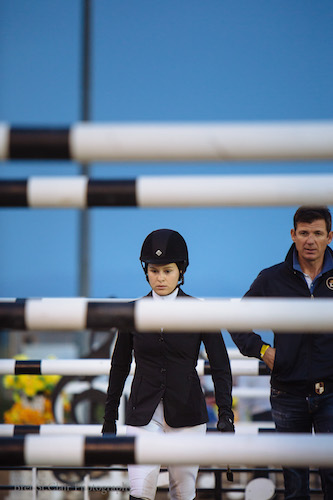 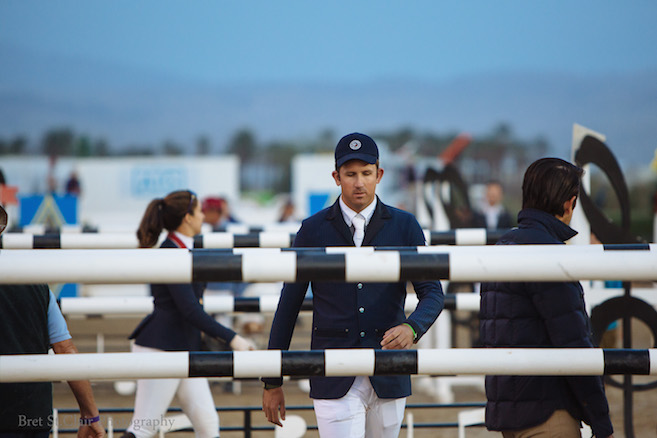 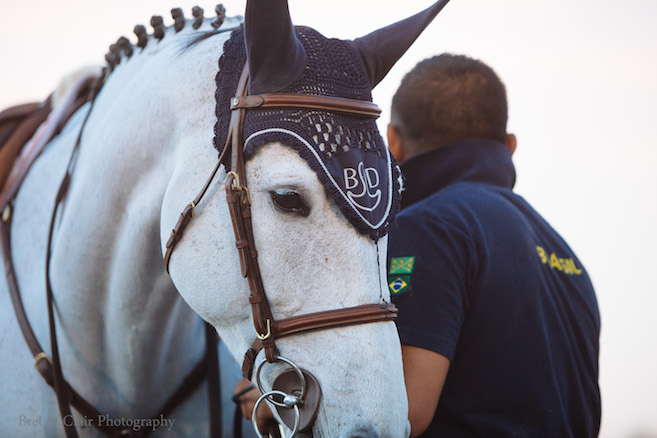 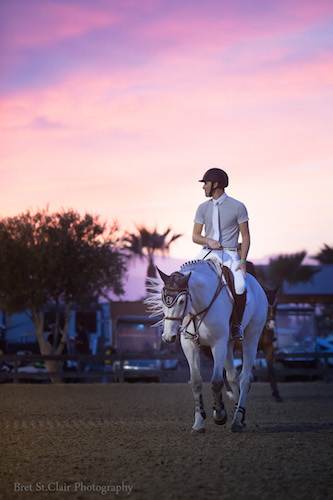 Eduardo Menezes and Quintol Mercedes Benz circle the warm up

Not much beats those winter sunsets in the desert 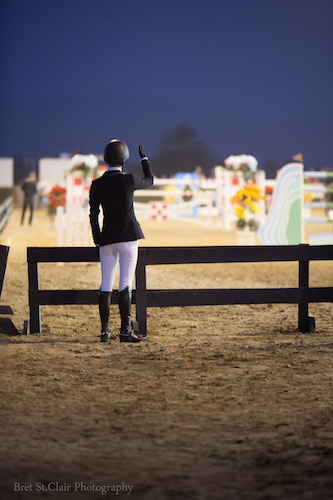 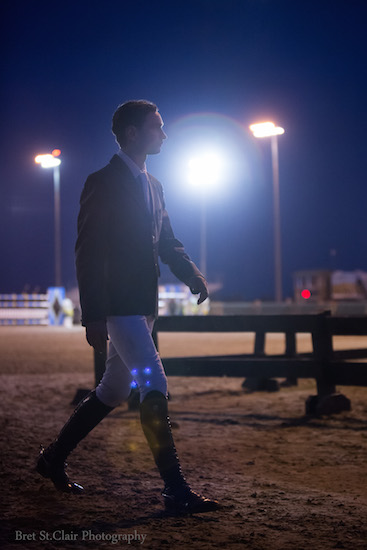 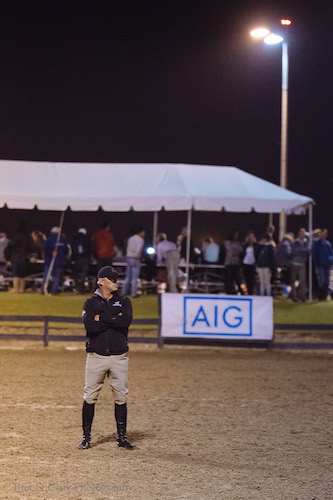 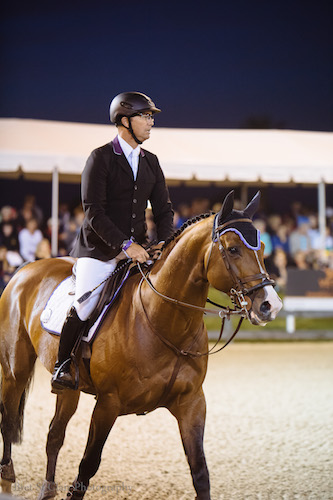 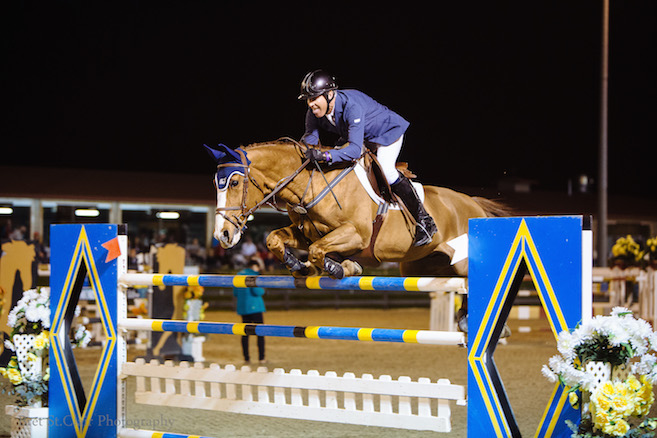 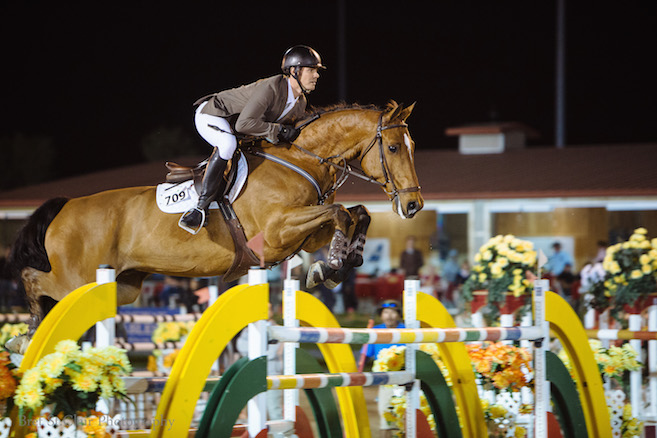 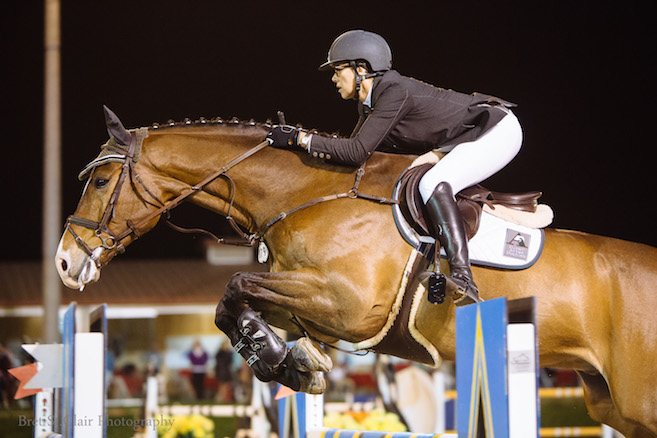 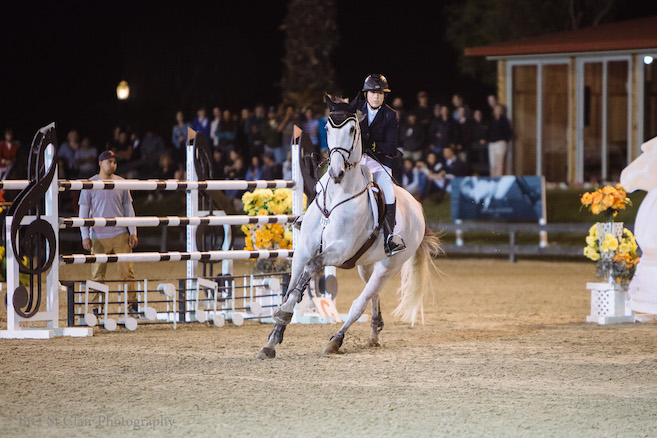 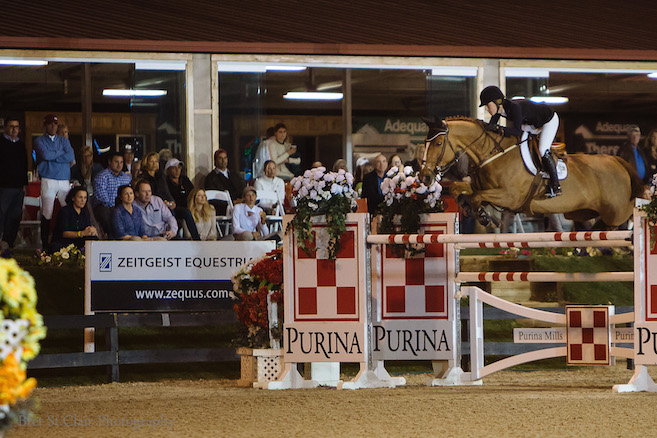 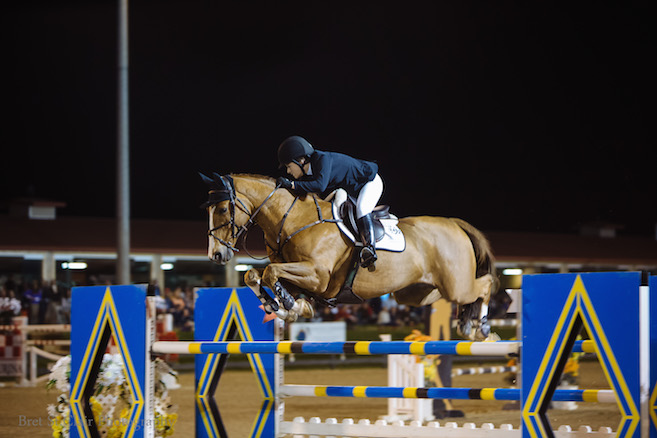 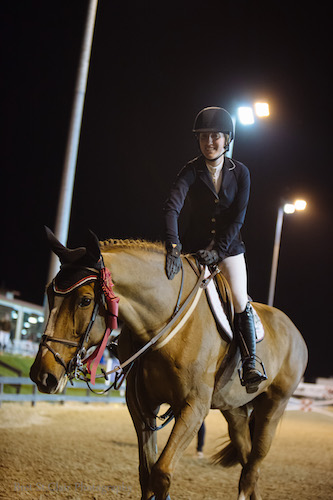 A great day for Heidigger 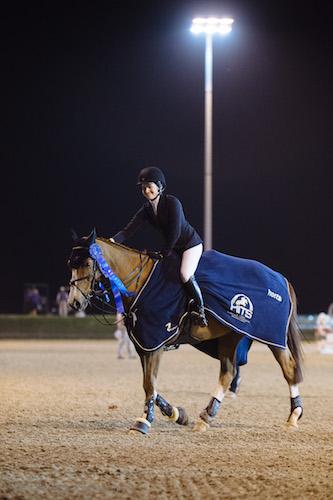 She came, she saw, she picked up those World Cup points. Mission accomplished!