A Heartwarming Tale of an Improbable Pair

The film Harry & Snowman is garnering rave reviews on the festival Circuit. Produced and directed by award-winning documentary filmmaker Ron Davis, it tells the remarkable story of a legendary horse rescued from the ‘kill wagon’ who catapulted his owner/rider Harry de Leyer to the very top of the show jumping world. With the help of those closest to him, Mr. de Leyer tells the story himself, keeping the audience enthralled from beginning to end.

No stranger to the bright lights, Snowman appeared on the most popular game show of the 1960s To Tell the Truth and on The Tonight Show, where Johnny Carson used a ladder to climb onto his back. He had his own fan club, he was profiled twice in Life magazine, and is the subject of three best-selling books, including the 2011 New York Times best-seller, The Eighty-Dollar Champion by Elizabeth Letts. 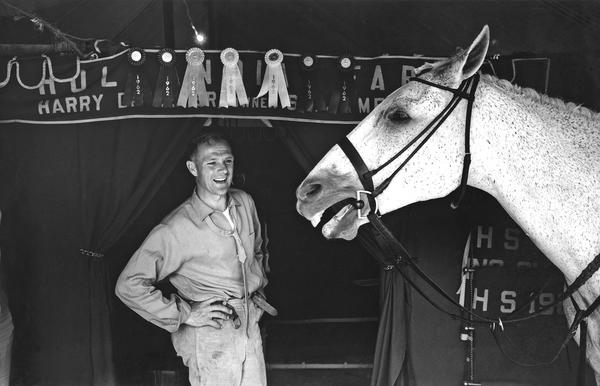 Categorized as ‘docutainment,’ a combination of documentary and entertainment, the film triumphs in that crowded genre as it tells the story of these remarkable partners.

Young Harry de Leyer grew up on his family’s farm in the Netherlands where, as a member of the Resistance during World War II, he helped to save hundreds of Jews from Nazi death camps by hiding them on the farm. After the War, as a sponsored émigré, he began his life in the U.S. doing back-breaking field labor on tobacco farms in the South, transitioned to stable work, and was finally noticed for his riding skill. He landed a job as the riding instructor at the exclusive Knox school for girls on Long Island. 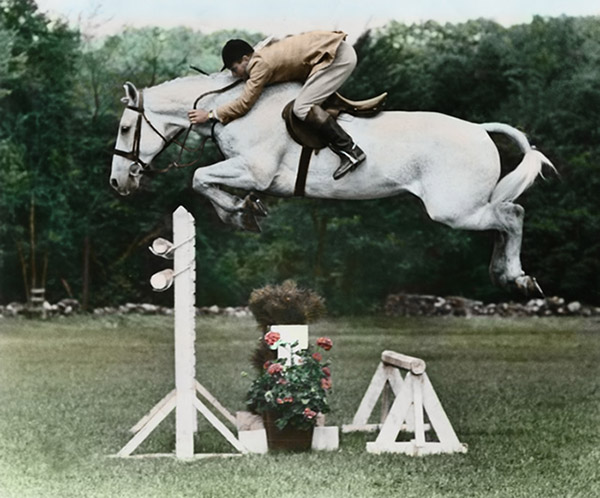 One day in 1956, Harry attended a Pennsylvania horse auction looking for school horses. Fortunately for the annals of history, he was late, and the only remaining horses were the ‘rejects’ that no one wanted. They were already loaded onto trucks bound for the slaughter house. Harry made eye contact with a large gray horse and decided to buy him. He was eight years old and had been an Amish plow horse. Harry’s offer of $80 was accepted, and he took the horse home, named him Snowman, and used him as a lesson horse.

Snowman was later sold to a neighbor, but he kept jumping out of his paddock to return home. Finally it occurred to Harry that the horse was jumping five-foot perimeter fences; he had some talent! Harry bought him back and started training him as a show jumper. Only two years after he was saved from slaughter, Snowman began winning prestigious classes, eventually garnering three world championships at Madison Square Garden in the late 1950s and 60s. Snowman died in 1974 with his life’s partner at his side. 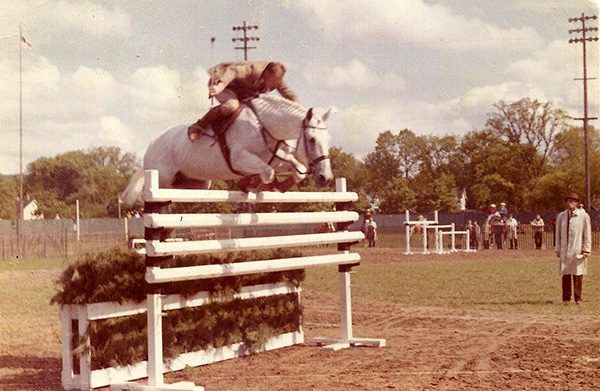 Jumping without reins. | Photo from the personal collection of Harry de Leyer

Credit for this delightful film goes to director Ron Davis and his skilled team. Veteran rider Karen Reid Offield, was prescient in having shot interviews and footage of Rodney Jenkins and Harry over a decade ago, as well as high-quality action footage of Harry and Snowman in competition. This time-capsule containing Harry’s first-person account of the saga makes an incomparable contribution to the film.

The Knox School girls, now women, are featured sharing their loving recollections of the charismatic pair. And the audacious social commentary of the legendary George Morris in his memorable Larchmont lockjaw addressing the “haves and have-nots of the horse world” will bring a smile. 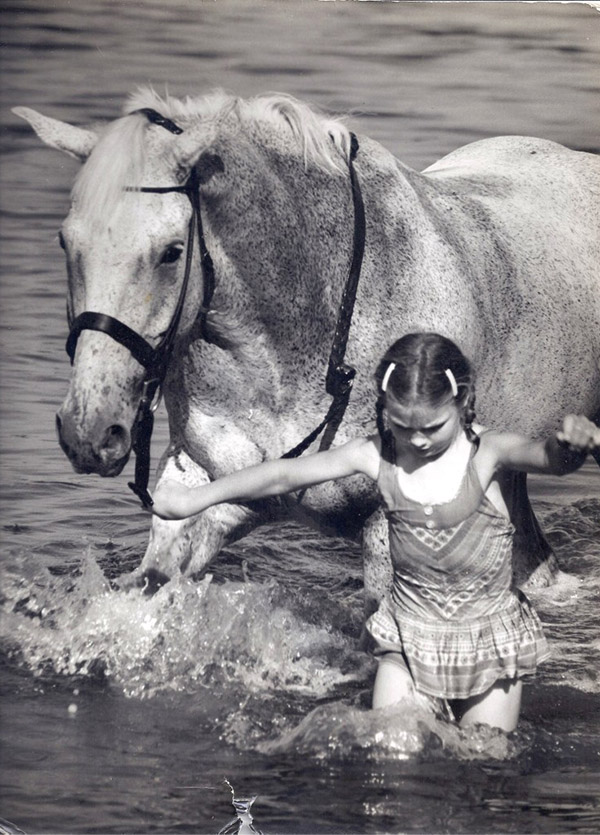 Paul Blavin, executive producer and father of junior show jumper Lily Blavin, took the film through post-production. Audiences of all ages, whether ‘horse people’ or not, will be caught up in this amazing tale. A love story between a man and his horse, Harry & Snowman is sure to melt even the iciest heart.

Harry de Leyer, now 85, is known around the world as the ‘Galloping Grandfather.’ He still rides and trains, based out of his farm in Virginia.