Written by Jackie McFarland and Translated by Anne-Marie Deschamps

Congratulations to Pénélope Leprévost on her Global Champions Tour Win in Cannes. Featured in our June/July issue, read more about her in our Rider Spotlight.

Not from an equestrian family, and living in an apartment in Rouen, France, three-year-old Pénélope Leprévost went to the circus and absolutely adored the ponies. Already an animal lover, she started riding by age four and competing by age six. Shy and reserved as a child, horses brought her out of her shell.

When she turned eighteen, she chose horses over architecture school. By the age of twenty she had turned professional. Her break into the international ranks came about five years later, when she earned third place in the French Championships in 2005 and then rode to the win the following year.

Tall and slender, Leprevost looks lovely on a horse. And as illustrated by her victories on a variety of mounts, her talent is extraordinary.

Pénélope’s passion is shared with her daughter Eden, now 11-years-old, whom she only gets to see between competitions. Knowing what it takes to be a top athlete in show jumping, Eden’s grandparents moved closer to help raise Eden. In her spare time, Pénélope works with a friend on her boutique, Penelope-Store.com, carrying items for both horse and rider.

Horse & Style sincerely thanks Anne-Marie Deschamps for her translation of our interview with Pénélope both from English to French and back again. 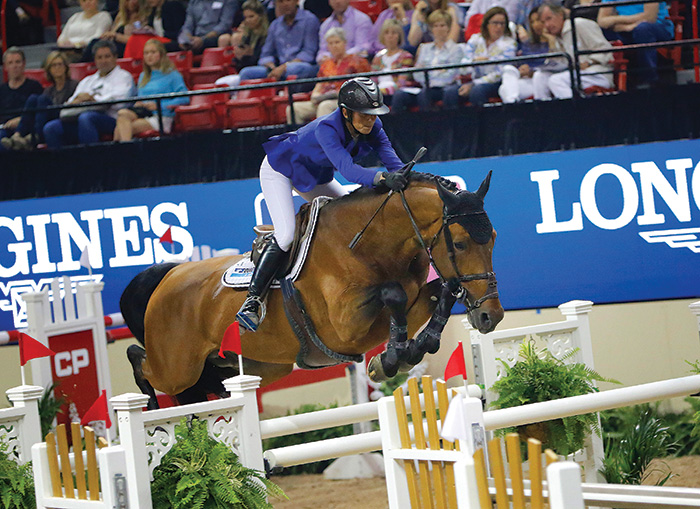 Pénélope Leprévost: When I was 3, I loved animals but we lived in an apartment. One time, a circus came to town for a few days, and I fell in love with the pony. And, from then on, I’ve always been around horses!

H&S: What do you love most about horses?

PL: I love both to ride and train but, over all, what I prefer is the relationship with the horse, on their back, or walking alongside.

H&S: What do you love most about competition?

PL: While performing, what I do prefer is to feel how the relationship between horse and rider comes together.

H&S: Your most memorable win?

PL: Victories. I have a great memory of the last round at the CSIO in Rotterdam against McLain Ward. [This was a Nations Cup in 2009. France and US jumped-off, Ward went first on Sapphire, clean and fast. But Leprévost and Jubiliee d’Ouilly laid down a faster time for the win.]

And more recently, the Team Silver Medal in Caen last year, and, of course, the second place in the 2015 World Cup Finals in Vegas with Vagabond de la Pomme.

PL: I work alone every day. But I’m happy to have the knowledgeable Henri Prudent advise me. I have also worked with Michel Robert for many years, whom I like very much. 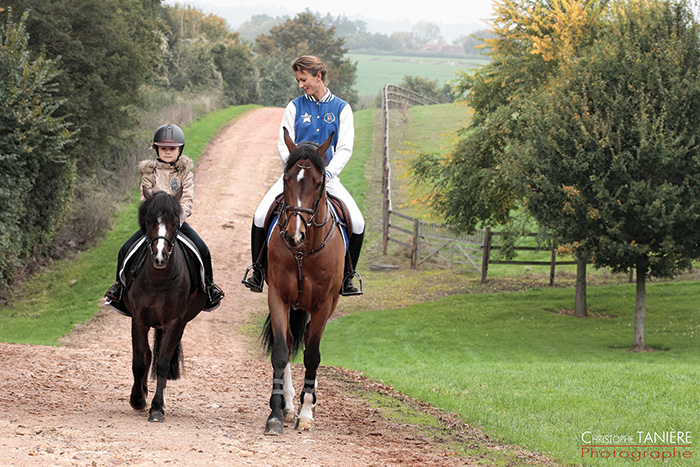 H&S: Can you tell us a bit about the farm you work out of?

PL: I rent a very nice stable, 15 km (9.3 miles) from Lisieux, (Sidenote from Anne-Marie: Lisieux is in Pays d’Auge, the best area for Horses in Calvados). It’s a gorgeous place and I quite like it. It’s a pleasure to have such a nice refuge between the competitions. There are two barns; I rent one and some other riders rent the other. We share the work-areas. Everyone gets along very well!

H&S: Can you tell us about some of the horses you are competing on currently? Are they all owned by Haras de Clarbec?

PL: Most of my horses belong to the Megret family, owners of the Haras de Clarbec. I am very lucky that they trust me with their wonderful horses.

Tobago Chevrier [8 y.o. Selle Français stallion] A young stallion with a ton of potential that started with me a couple of months ago.

Sultane des Ibis [9 y.o. Selle Français mare] She is a competitive mare, and has come a long way in the last few months. She did well in Paris during the Saut Hermès and the Global Champion Tour in Anvers (Belgium).

Flora Mariposa [10 y.o. Belgian WB mare] I’ve worked with Flora de Mariposa since the end of 2012. She had a special training program after the WEG. She is a “star” and I have high hopes for her in the upcoming months.

Ratina la Rousserie [10 y.o. Selle Français mare] This mare never ceases to amaze us. She’s a difficult mare but she continues to improve and she has unlimited scope.

Nice Stephanie [11 y.o., Swedish WB mare] Nice Stephanie came to me a few months before Flora. She is an emotional mare and I’m working hard to build a good connection. She’s actually been quite good and did well in Lummen this past week.

My Lord Carthago HN [15 y.o. Selle Français stallion] I rode him from age seven until he was fourteen. He is now retired and standing at stud.

H&S: You have your own online store—is style a passion?

PL: It’s a childhood friend of mine, Celine Leroux, who handles my brand and collections. We work together to make the clothes and to choose the things we will carry in the store that suit every rider.

When I’m not competing, I like to wear clothes that are both stylish and smart. My favorite brands are Zadig & Voltaire and Superdry. 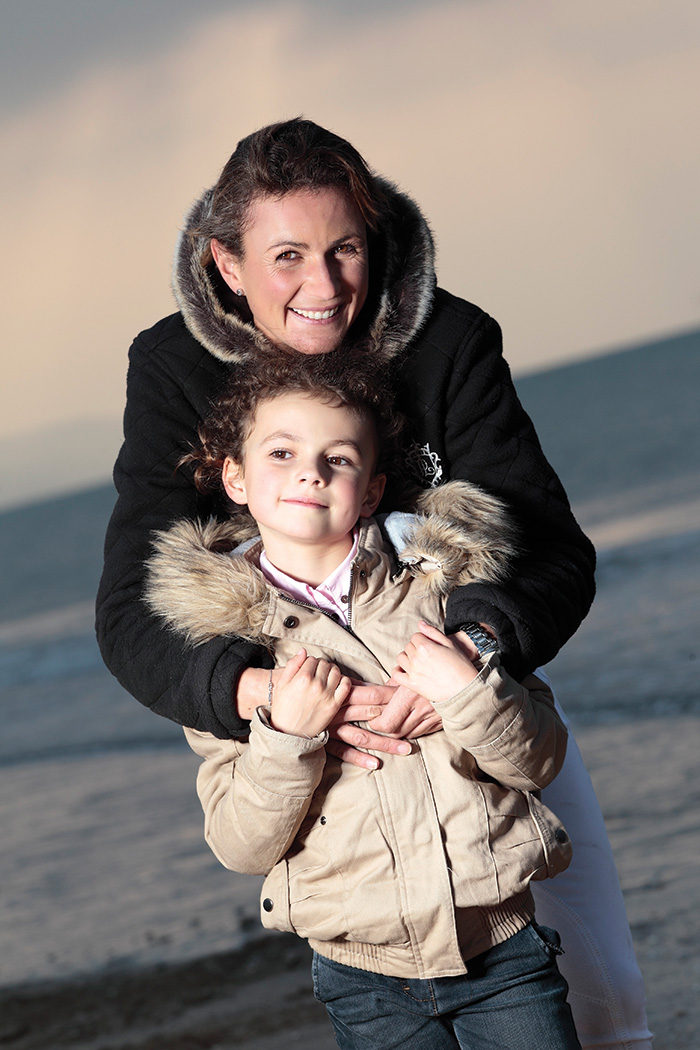 H&S: When not competing, what is your favorite thing to do?

PL: I don’t have much spare time, but my other main interest is my daughter Eden.

H&S: How often do you see her?

PL: I do the best I can to see her often. It’s difficult when you are on the road competing, because competitions are often from Wednesday or Thursday to Sunday, and almost every week. I prefer to arrive the day before because it allows me to ride and work with the horses in the place where we are performing.

Eden would come with me when she was younger but she’s now 11 and should have a ‘normal’ life, especially for her studies. I’m so lucky that my parents help and I also have a good relationship with Eden’s father. Whenever it’s possible, she comes with me on weekends and she’s with me at the beginning of each week.

So she has three houses. She has grown accustomed to this lifestyle. She is very easy going and a great daughter. I think that I’m the only one who suffers when I don’t see her every day.

H&S: What is your favorite thing to do together?

PL: Eden also loves horses, so we love to ride together!

This article was originally published in the June/July 2015 issue of Horse & Style Magazine. Go here to read the entire issue online, or subscribe.