We’ve noticed a number of pony kids have equestrian moms, both amateurs and professionals, and thought it would be fun to dig in and learn a bit more about their dynamite dynamic. We picked five West Coast mother-daughter teams with kids that have been, are, or will be at Pony Finals. Each one has had an impressive season on both coasts, as seen by all the images in this piece captured at Blenheim EquiSports events. And all of them continue to enjoy the journey.

HOW IT ALL STARTED

Each story of how the moms found their way into the tack is unique. Meet amateur riders Shari Roseboom, Tonia Cook-Looker and Laura Wasserman, and learn more about how professionals Liz Reilly of Makoto Farms and Kate Considine of Willow Brook Stables got their start.

Shari Roseboom: As with most little girls, I always loved horses and dreamed of having one someday. When I was seven, I finally got a chance to ride at summer camp and I was hooked. I was able to get my own horse when I turned 13 and enjoyed doing a very limited number of county shows for a few years before going off to college and having to sell my horse. I desperately missed riding and I always knew I’d have a horse again, I just didn’t know when. So five years ago, at age 39, my ‘second chance’ at riding and competing began to unfold.

Tonia Cook-Looker: I started riding when I was six. A close friend of mine had been taking riding lessons. The trainer, Rosemary Henry, would bring her van over and pick up all the kids to take them for lessons on weekends. My neighbor always seemed really excited about it, so I asked my parents if I could start having lessons, too. They agreed. Obviously they didn’t know what they were in for! 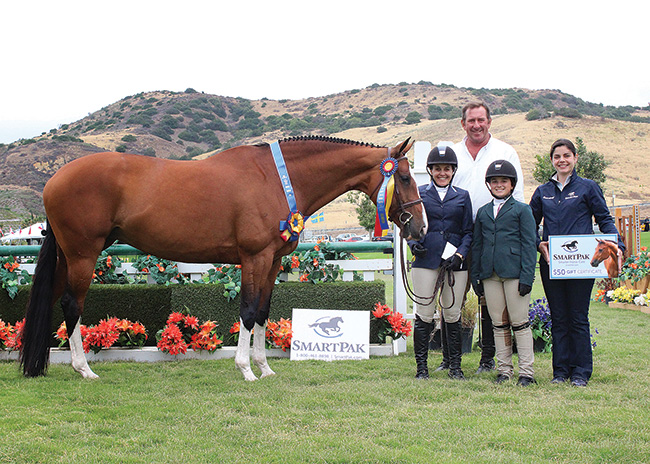 Laura Wasserman: I started when I was about five. My mom had a horse at Winbrook, now Cross Creek in Malibu, CA. She let me ride her sometimes. I also took lessons at Foxfield Riding School, which is a great place to learn.

Liz Reilly: When I was 11-years-old on Long Island. I rode with Dorothy Sachey at Cherry Meadow Farm. It was wonderful! I did Pony Club, competed at horse shows and spent all my time at the barn – I loved it.

Kate Considine: When I was five I went on a Girl Scout trip with my Mom and older sister to a barn. I threw such a fit that they finally put me on a pony. I was hooked! Within a year my sister and I convinced my parents to buy us our first pony out of the newspaper.

The daughters belonging to these equestrian moms all had an early start. Some couldn’t wait to get in the saddle, whereas others caught the horse bug a little later. Introducing the petite nine-year-old Shiloh Roseboom, who is beginning to rock the small ponies; the talented and driven teenage Lexie Looker, who still has fun with her large pony; eleven-year-old Stella Wasserman, who topped her age group on the Zone 10 Emerson Burr Horsemanship Grant Exam; twelve-year-old Augusta Iwasaki, known as Gussie, who conquered the 2015 US Pony Finals; and eleven-year-old Katalina Rickard, known as Kata, who has always been around horses but competed in her first show last summer.

Shari: Shiloh would come to the barn with me when she was two and help groom and bathe my horse. She loved it. Her favorite thing was ‘painting their toes.’ She begged to ride, but I worried she was too young. So I told her when she turned three, she could take lessons.

Shiloh: She let me take a lesson on JJ on my 3rd birthday. I got to stand on his bottom and do ‘around the world’ in my saddle. That was fun! 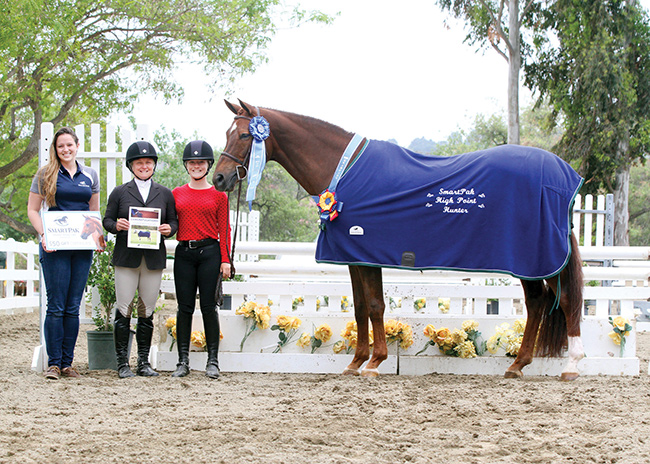 Tonia: We have our own farm and keep our horses at home. After Lexie started riding on her own, she would follow me wherever I went, trying to keep up with me, giggling the whole time.

Lexie: My mom and I rode together since I started at age two.

Laura: When I first I took Stella riding she was really young and got scared so she didn’t want to keep doing it. When she turned seven she went to pony camp with her brother and never looked back.

Stella: The first time I ever rode was in Martha’s Vineyard. My mom led me in the lead line class at a show. I do remember that I got a stuffed animal.

Liz: Originally when I took Augusta to ride, she wasn’t that interested. She asked to ride again when she was about four or five. I have memories of watching her at Elvenstar when she was little. It was a perfect experience for someone starting; there were lots of kids, the lesson pony was terrific and Kaycee does a super job.

Augusta: The first thing I remember is when I had a lesson at Elvenstar. I rode Harry Potter and it was really fun.

Kata: I don’t remember the first time I was on a horse, but I was probably less than a year old. I was about four when I had my first lesson. I remember that I jumped my first cross rail on a pony named Bella, and my mom was so proud of me.