Putting the Pieces Together

If science ever uncovers a genetic predisposition to an affinity for horses, there is no doubt that genetic code would be found in Rachel Fields, along with healthy doses of perseverance, courage, and tenacity. This daughter of a New Zealand Olympian knows a thing or two about the sacrifices and tough-mindedness that it takes to forge a lifetime with horses.

From her first pony Matchbox, who threw her nearly every day, to riding to hounds in freezing New Zealand winters, to much more challenging hurdles later in life, she has faced them down and continues to pursue her passion.

First and foremost, she is a horsewoman with tenacity. Her endless endurance, sense of humor and affable approach to life is an inspiration. 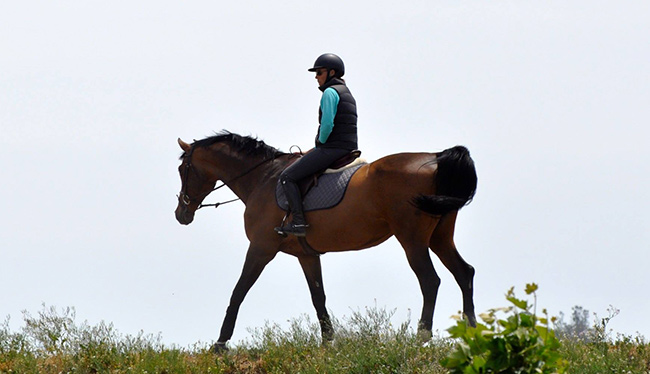 It’s been over a decade since a freak riding accident almost took Rachel’s life. In July 2005, in a mishap of timing and balance that she describes as “no one’s fault,” her horse got stuck in the rails and catapulted her into his oncoming path.  He was wearing studs, as the footing was a bit slick that day, and when a hoof landed on her head, a stud came down between her helmet and her ear, cracking her skull, and crushing most of the bones in the right side of her face.

She had multiple fractures, nerve damage and endured a long series of surgeries over the next year, as doctors literally worked to put the pieces of her head back together. Months after recovery and back in the tack, Rachel had balance challenges and chronic headaches, which led to more surgeries, helping her inner ear as well as fixing her broken jaw from the original fall. Now part bionic, Rachel was essentially repaired.

Meanwhile, her employers at the time, Cathy and Alex Mendez of Maple Leaf Farm, provided unwavering support in putting the pieces of her life back together.

The mental challenge of coming back from such an injury would be monumental, and that had to be met by Rachel alone, but true to her unwavering passion and go-getter approach to life she was back in the grand prix ring by 2007. 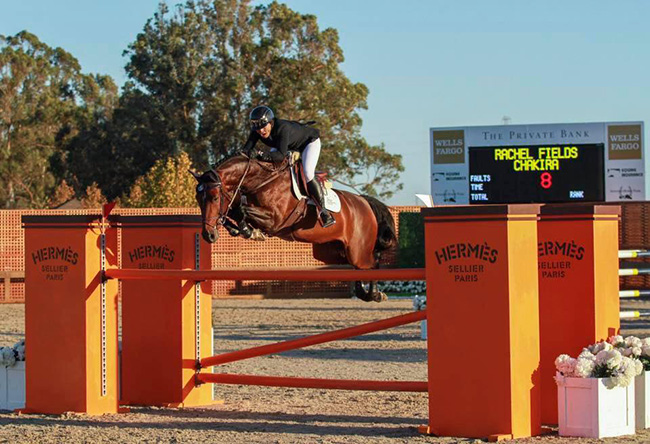 In March of 2007 at The HITS Desert Circuit in Thermal, Rachel proved that she was back in the winner’s circle when she won the $30,000 Ariat Grand Prix on Karl Du Chateau, known as ‘Smarty’ around the barn. No stranger to adversity himself, Smarty, whom Rachel credits for her recovery in the saddle, had survived three colic surgeries. Rachel would later point out that between them, they had collectively endured at least 10 surgeries.

It was about this time that Rachel reconnected with Jeff Fields. They had met through a horse sale about three weeks before her accident, but had lost touch with each other during her recovery. 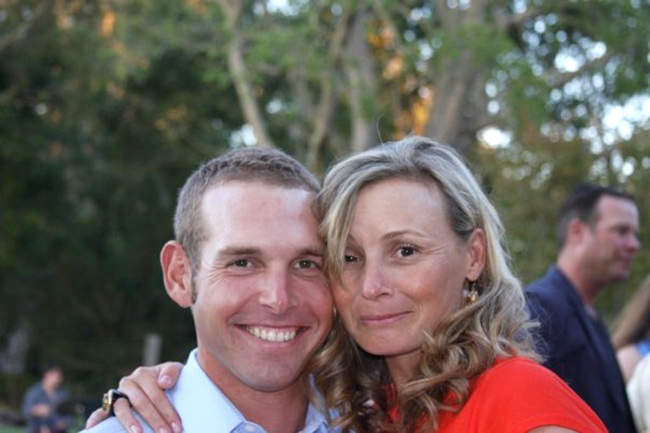 In the summer of 2008, an unexpected hurdle was thrown in Rachel’s path. The Mendezes made the decision to downsize, and sell most of their horses. Cathy encouraged Rachel to take the leap and go out on her own, a frightening prospect, but fear never stopped her. So once again, Rachel squared her shoulders, looked the situation squarely in the face, and opened Sandhaven Farm at the lovely Portola Farms in Portola Valley, CA, where she has been ever since. The Goltz family were her first clients, and she was going back and forth to Maple Leaf to guide the downsizing. Once that was complete, the remaining horses came to Sandhaven to continue in Rachel’s care. 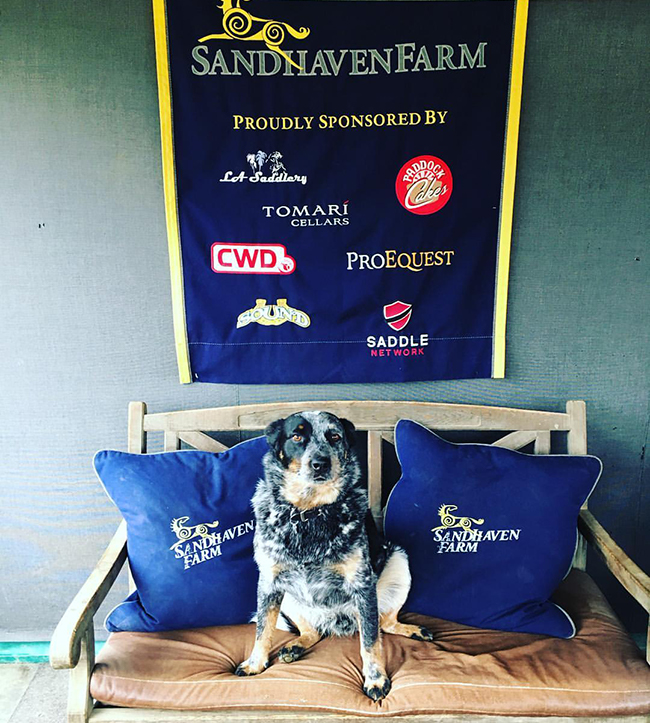 Other clients soon followed, and Jeff came on board to help. Longtime friend and co-worker Kim Carpenter, who had worked with Rachel at Maple Leaf Farm, also joined the team and remains with Sandhaven, as Head of the Lesson Program, and Manager, to this day.

“Kim does her job so well. She is fantastic with young kids, she keeps them safe while they learn. Her horse care is impeccable,” Rachel said. “Some people see us at the shows and don’t know that we have lesson horses and a pony that can take riders from their first lesson to their first horse show.”

During a Christmas vacation in New Zealand that year, Jeff proposed, opening a new chapter in Rachel’s life. By this time he had joined her as a partner in Sandhaven Farm. On June 25, 2009, Rachel and Jeff married in their horse show tack room, in a ceremony officiated by ordained minister and good friend, Matt Archer. Then on December 5, 2009, the couple married again, among Rachel’s friends and family, at Black Barn Winery in Hops Bay, New Zealand. 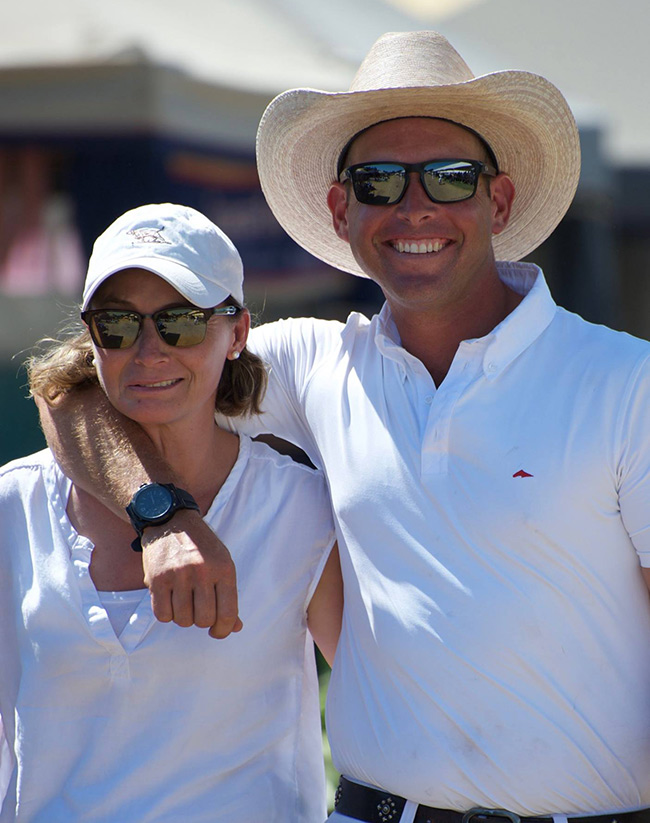 Now (thoroughly) married, they began a partnership that is following a bright trajectory. Their complementary styles fit well together, as each can fill in the blanks for the other. They are partners in every aspect of the farm. As those in the show world can attest, the work is hard and the days are long, but Rachel and Jeff are happy to be doing what they both love. 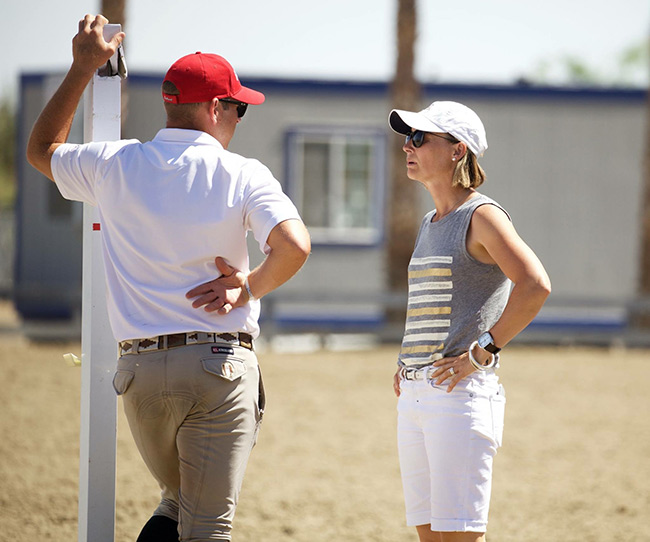 Sales are an important part of the Sandhaven puzzle. Beginning with her days at Maple Leaf Farm, Rachel had developed a close working relationship with Stal Hendrix. “They are our source,” Rachel points out. “They’re amazing to work with; they’re like our ‘second fathers;’ we form a tight-knit long-distance family. When they call and tell us they have a horse they want to send to us, we know it’s right. They’ve been very good to us.”

Tragedy struck again when her beloved Smarty died in 2013, but Sandhaven’s clients formed a syndicate and purchased young Cyrano Z (by Crown Z) for her the same year. She started him in the 7-year-old classes, and is now campaigning him in the Grand Prix ring.

Another accident sidelined Rachel in 2014, when she broke her elbow, requiring surgery. She had ripped the ligament off the joint, and smashed the bone. But the surgery left her without sensation in the back of her hand, and with no feeling in her fingers. After a year of trying to figure out what was going on, the doctors decided that the ulnar nerve was stuck in the joint, and more surgery was needed to repair it. Once there, they realized that two inches of nerve had accidentally been cut off in the original surgery. They put in a piece of cadaver nerve, and it’s slowly healing.

Endurance is a big piece of Rachel’s puzzle. She defines perseverance, and her determination is unwavering. 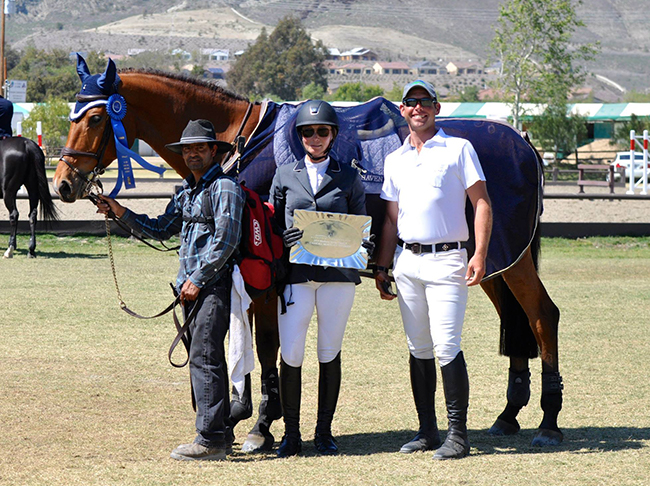 Rachel is once again contemplating international competition, and reawakening her dream of wearing the colors of her home country, representing New Zealand at a World Cup Finals, or on a Nations Cup team. As the pieces of her puzzle have broken and come back together, she gratefully savors every day and every milestone, always keeping a sense of humor. Spending most of 2015 sidelined with her elbow injury, she is thrilled to be back in the big ring.

After an eight fault round, one rail and four time faults, in the Markel Grand Prix this past spring Rachel noted winning is more than ribbons. It’s achievements. “I felt like a winner yesterday. It’s been a year and a half since I jumped a class like this, so one rail is a victory.”

Contemplative, when referring to puzzles, she notes, “Every horse is a puzzle. You have to work to figure out what pieces are missing, and how they should be put together. Patience is a big part of that puzzle.”

For many the pieces of the puzzle would throw them off – literally and figuratively – but for Rachel those pieces make her whole. She shines that light each day, and she knows all too well that having all the pieces to play with, even if some of them are metal, is a gift.