Hermès hosts the 8th Saut Hermès at the Grand Palais 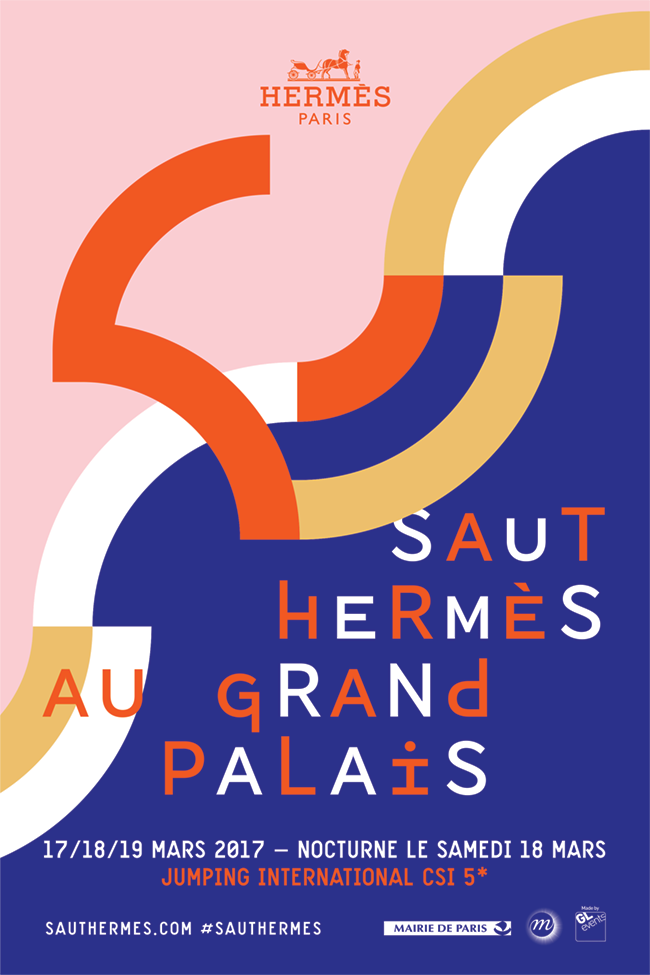 The 8th Saut Hermès at the Grand Palais, to take place on 17th, 18th and 19th March, will feature an evening event open to the public on Saturday 18th March 2017. From 7pm, under the floodlit glass roof of the Grand Palais, the audience will be able to watch the new show jumping event, as well as an all-new equestrian show.

For the eighth consecutive year, the world’s fifty best riders will come together in the nave of the Grand Palais to compete in the ten classes of this 5-star international show jumping competition (CSI 5*), the highest category classified by the French Federation for Equestrian Sports (FFE) and the International Federation for Equestrian Sports (FEI).

In the spirit of passing on expertise to the younger generation that is so dear to the Parisian saddle-maker, twenty international rising stars under the age of 25 will be mentored by the riders of the CSI 5* circuit as they participate in the three original classes from the Talents Hermès competition, which were created in 2011.

To stage the event, Hermès renews its partnership with GL events, an international group with expertise in event planning and a specialist in equestrian events.
French rider Michel Robert, sporting advisor for the Saut Hermès at the Grand Palais, and German course designer Frank Rothenberger will return once again to contribute to the technical development of this year’s classes.

Experts in the equestrian world since 1837, Hermès, with this 8th Saut Hermès at the Grand Palais, reaffirms its desire to create a high-level sporting competition and to give the horse an arena in the heart of Paris.

Tickets are on sale now.
Tickets are available on www.sauthermes.com and from the usual sales outlets.

Hermès offers members of the French Federation for Equestrian Sports (FFE) the opportunity to attend free of charge on Friday 17th March 2017.
Reservations in February 2017 on the website www.sauthermes.com. Limited places available.