The 2017 Menlo Charity Horse Show (MCHS) enhances the Northern California equestrian scene each August at its iconic location, the Menlo Circus Club in Atherton, California. MCHS is one of the oldest charity horse shows in the United States, earning the distinct recognition as a USEF Heritage Competition in 2012. Offering an incredible week of great competition, superb social events, and serving as an important fundraiser for the local non-profit Vista Center for the Blind and Visually Impaired, the event was once again a resounding success. 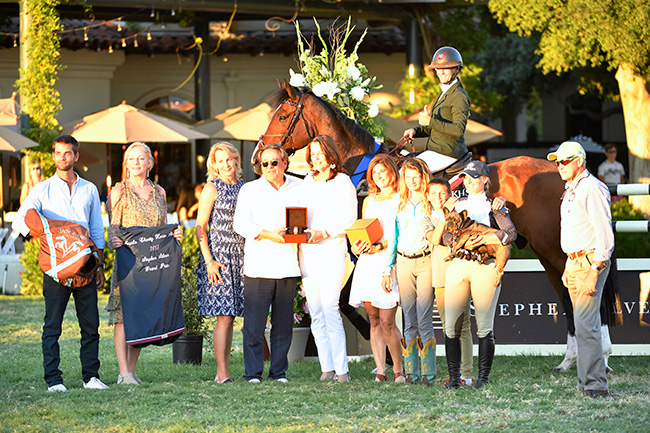 There are legions of talented, committed, inspiring people that make MCHS possible; every competitor, sponsor, volunteer, board member, vendor and spectator contributes to the lively and philanthropic atmosphere at the show. While it is certain that everyone connected to the show has a wonderful story to tell, for this MCHS feature, Horse & Style has collected six particularly important personal accounts. Each of these stories represent one of the pillars that support MCHS, whether it be a part of the show’s past, present or future. 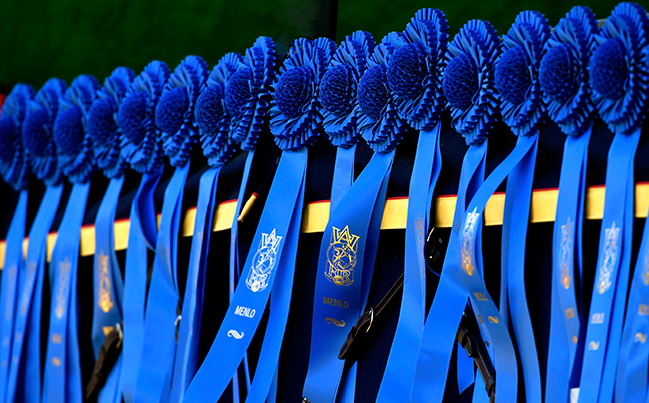 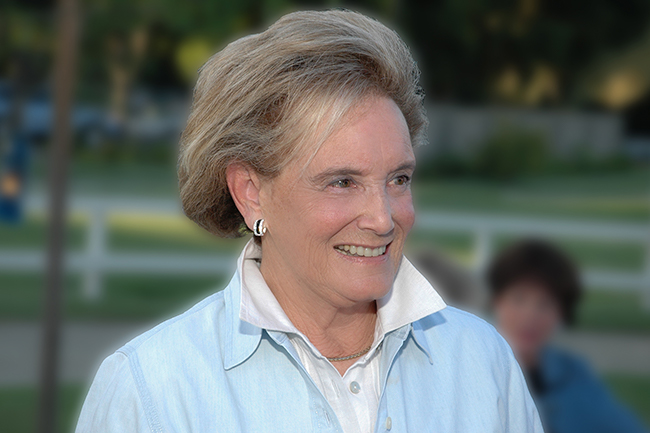 Betsy Glikbarg is the backbone of MCHS. She is the show’s original founder, and hosted the first, one-day show 47 years ago when the Menlo Circus Club needed to raise money for a new barn roof. After several successful years of raising money for the barn, she and the MCHS team found themselves wondering, “What else can we do? How big can we really grow this?” As it turned out – pretty big! They partnered with a local charity, took on more sponsors, and added more days to the show schedule. Through the years, Glikbarg has played the most essential, and arguably most difficult, role in any non-profit: that of sponsorship manager. This is the role that continues to make her the backbone of MCHS every year. 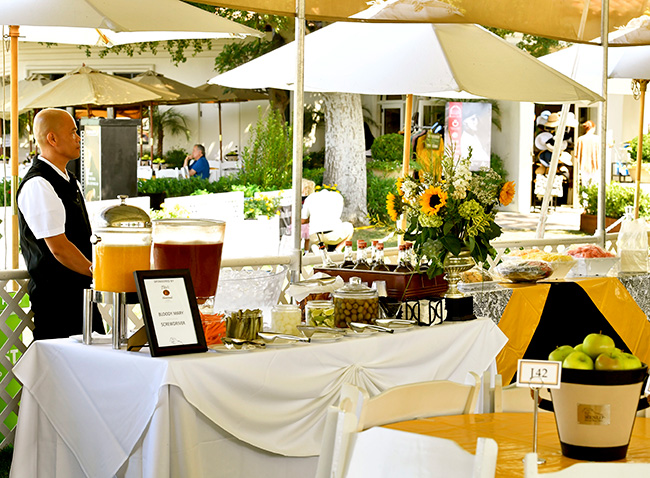 Glikbarg’s personal philosophy, when it comes to her sponsorship pitch, is a simple one. “People give to people,” she says matter-of-factly before continuing, “I approach people who believe in my cause, and I approach them as they are. I approach a professional in a professional manner, and a friend in a friendly manner. You have to know your audience!” She also explains that during a pitch it is important to sell the value of a sponsorship, which is why MCHS makes such an effort to honor its sponsors and give them great exposure. “But in the end,” she says of soliciting sponsors, “you can’t have a fear of rejection; you can’t take the ‘no’s’ personally.” Glikbarg’s winning ideology has supported MCHS for over 47 years, and Vista Center for over 27. 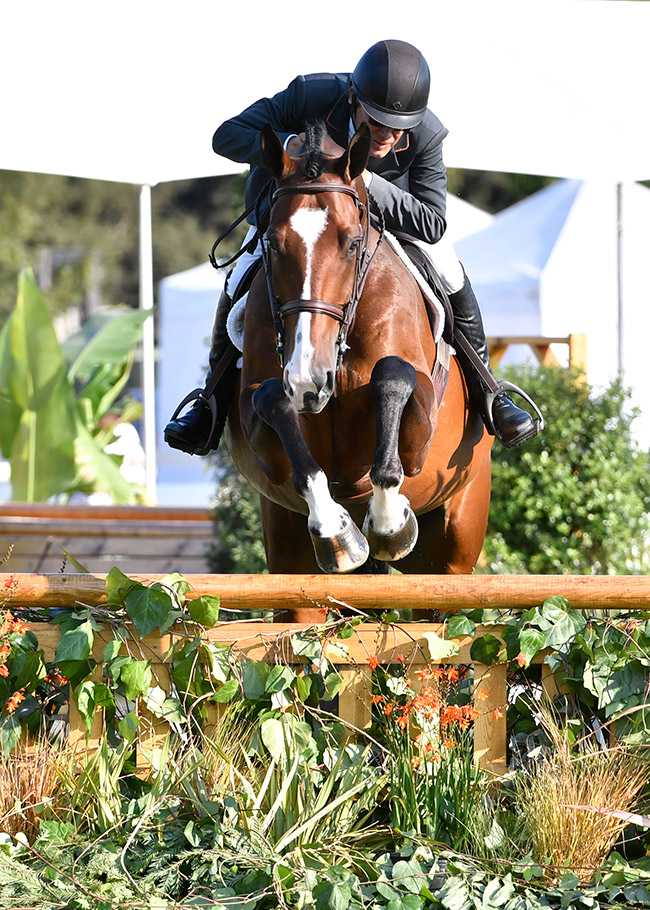 While making the MCHS sponsors feel welcomed and valued is Glikbarg’s first priority during show week, making everyone else feel the same – from volunteers, to competitors, to spectators – is a close second. Her goal for the week is to ensure that “everyone feels special.” At this year’s MCHS, the team worked with a new Chief of Police, a new Circus Club Manager, and a new Horse Show Manager. “It could have been a disaster!” Glikbarg exclaimed. But staying true to her goal, she nurtured each new relationship by hand delivering gifts and lending a listening ear, ensuring each felt valued by MCHS. Ultimately, everyone worked well as a team and the 2017 show was a great success.

Despite being involved with MCHS for nearly a half century, Glikbarg still has big dreams for the show. “I would love to see the show raise more money, increase the benefits for our sponsors, and perhaps attract some riders from the east coast,” she details before adding, “but I realize organizing a successful horse show is somewhat of a balancing act, and MCHS is in a great place!” Glikbarg is the ideal combination of dreamer and realist, making her the perfect backbone to MCHS. There is no rest for the weary (or sponsorship managers!) and she is already working on securing sponsorships for MCHS 2018, thus guaranteeing another extraordinary year. 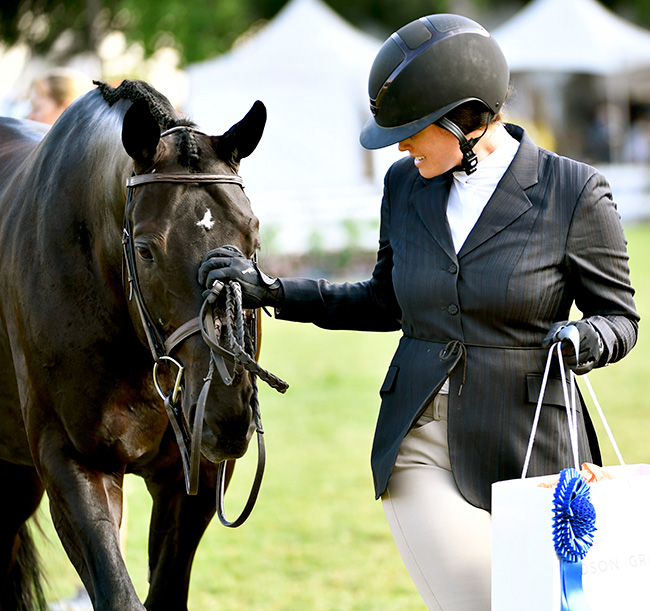 Continue reading this article in our full Sept/Oct ’17 issue on issuu.com to learn the reasons why Pam Brandin, of Vista Center; Suzanne Rischman, MCHS Co-Chair; Lindsay Maxwell; Guy Thomas; and Elizabeth Welborn, founder of Stick & Ball and regular MCHS vendor, all love and support the MCHS each year.