Last October I traveled to Rabat, the capital of Morocco, to attend one leg of the Moroccan Royal Tour (MRT), and the trip was incredible from the beginning to the end. It was exciting to visit a country in Africa; the people were warm and friendly, and the MRT proved to be an excellent show jumping competition. I encourage any equestrian enthusiast looking for a unique vacation destination to put Morocco and the MRT on their list – it does not disappoint!

The main reason for my travel to Morocco was to offer media coverage of the MRT, and to learn more about the program. The tour is an exciting competition that hosts three 4* international show jumping competitions in three separate Moroccan destinations: Toutan, Rabat and El Jadida. The competitions take place in a relatively tight period of time – over the course of several weeks at the most. This makes it attractive to the international competitors, who can easily travel to the country once and stay for the duration of the tour. The tight time span also keeps the fans enthused about the competition, and eager to see the final results. Needless to say, it is an exciting three weeks in Morocco.

The MRT was created in 2010 on the high instructions of His Majesty King Mohammed VI, and has quickly become a favorite with both European and local riders. MRT President, Charif Moulay Abdellah Alaoui, explains that the mission of the MRT is “to attract riders from around the world, including Olympians, World Equestrian Game medalists, and many continental champions, as well as to promote and extend the influence of Morocco in the field of equestrian sport.” Despite the tour’s recent beginnings in 2010, the MRT has impressively accomplished all of those goals. This is a tour intended to please the best riders and horses, and the show jumping fans as well.

This was my first visit to an African country, so I was excited to experience a new culture, and to really take in all that Morocco has to offer. During the breaks between MRT classes at the show grounds, I headed out to explore beyond the equestrian facilities. As I wandered the streets of downtown Rabat, I realized the city could be mistaken for any other great city in the world. It has a bustling downtown, a myriad of restaurants, many high-end hotels, excellent shopping, and of course, a Starbucks. I love visiting a new city and feeling a sense of familiarity – great places all seem to have a similar vibe. 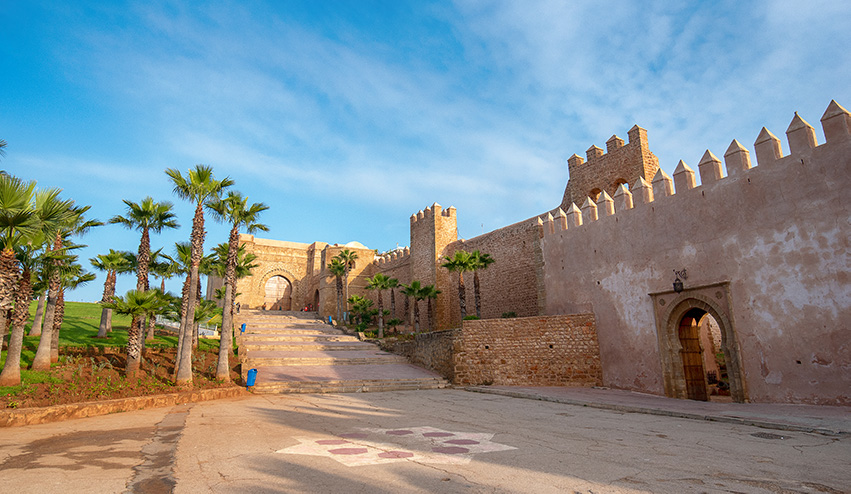 Kasbah of the Udayas in Rabat

Rabat is also home to many historical landmarks that, as I meandered along the streets, regularly reminded me I was in a foreign country and having an incredible experience. Two such landmarks quickly became my favorites: The Mausoleum of Mohammed V and the Kasbah of the Udayas. The Mausoleum of Mohammed V is located on the opposite side of the Hassan Tower, on the Yacoub al-Mansour esplanade. It contains the tombs of the Moroccan king and his two sons, late King Hassan II and Prince Abdallah. The details of the tomb were breathtaking, and the story behind the monument was fascinating. I also explored the Kasbah of the Udayas, which is located at the mouth of the Bou Regreg River opposite Salé. The iconic blue walls of the old city guide you through to the most amazing views of the Bou Regreg River and the Atlantic Ocean. It was such an incredible walk. While those two were my favorites, really the whole city was mesmerizing!

Second to watching show jumping, my favorite thing about international travel is the local shopping. When I went to Doha, Qatar, several years ago, I managed to carry-on an incredible large tea tray which is now on display in my living room. I was hoping to find a Rabat statement piece I loved just as much. I was in luck, as the Medina in Rabat was full of beautiful local handmade pottery, rugs, and my personal favorite, poufs. As I searched to find the perfect pouf, I was enthralled by the colors and patterns. By the end of my search, I had found many favorites, and I stuffed as many as I could into my luggage. 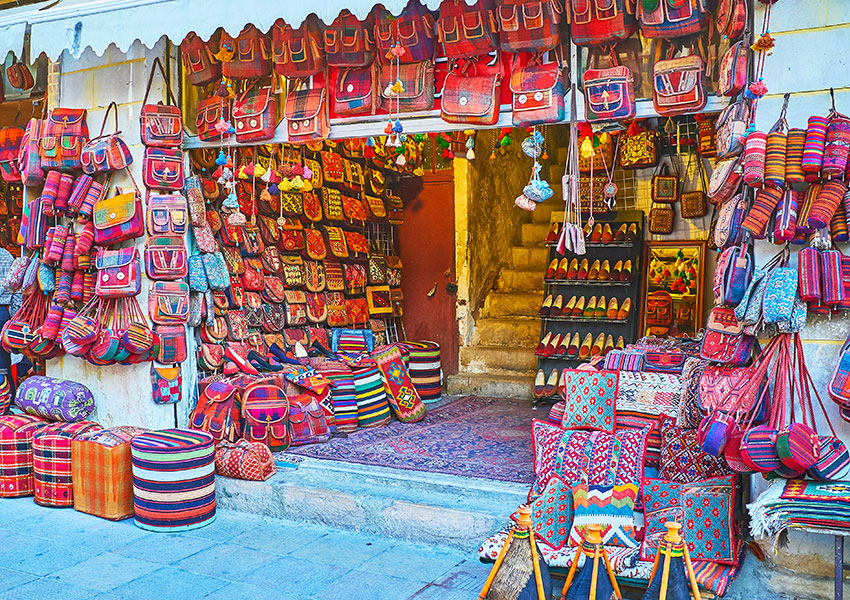 The shop owners were so kind, it made shopping a pleasure! Though the shopping was in a market-style venue, I never felt that I was being haggled or treated insincerely. In fact, most of the shop owners offered to sit down and have Moroccan tea with me. I had such a great time that the fellow journalist I was traveling with literally had to pull me out of the market. As we were leaving I thought of my mother’s wise words: “If you buy it all you won’t have saved anything for the next time.” So, somewhere in the Medina, there are about 20 more poufs waiting for me to come get them, next time.

A Culture of Opportunity

One of the reasons the Moroccan Royal Family founded the MRT was to promote equestrian sport in Morocco, and from what I saw, they have succeeded at that goal. The caliber of horse and the quality of the riding was on par with the other international shows I have covered. It is easy to see that they have made investing in the future of show jumping a top priority. 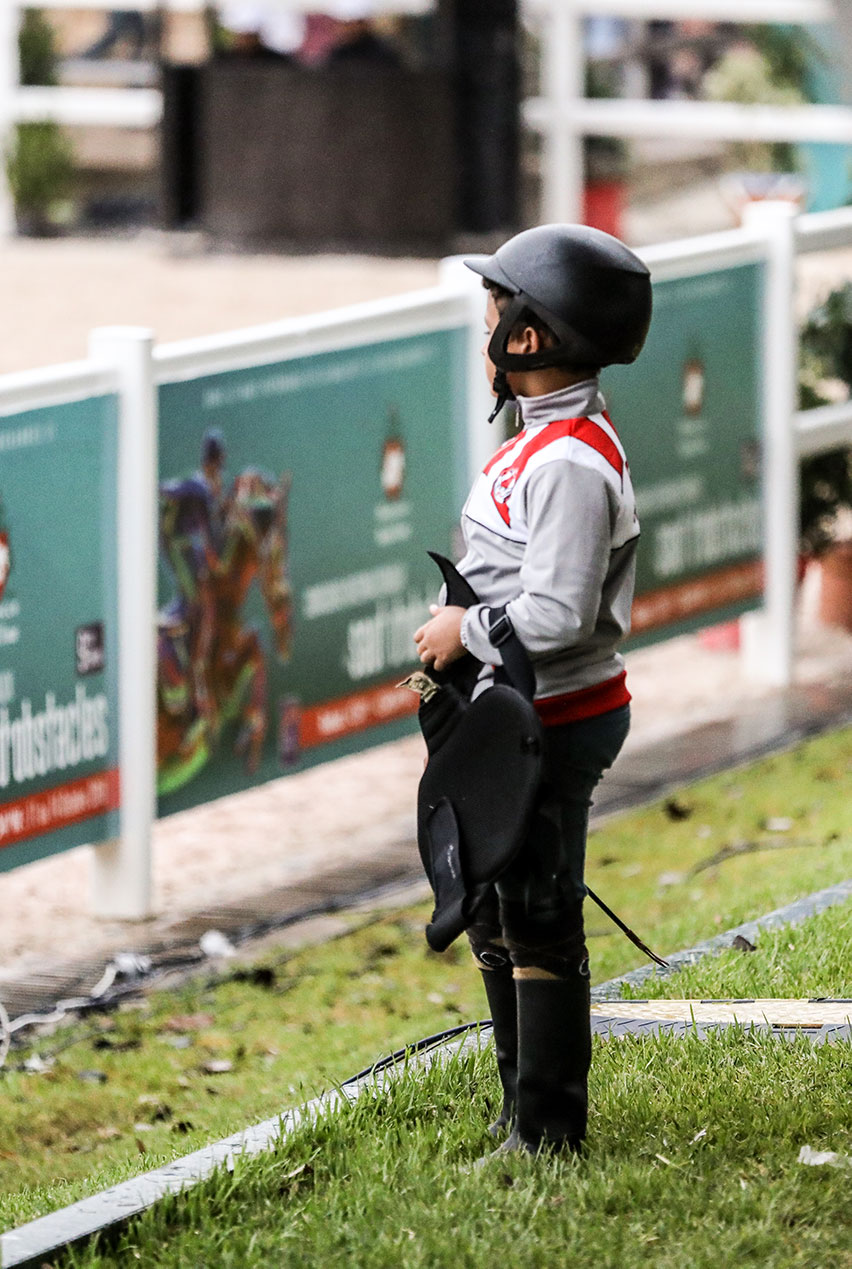 I also loved that in order to grow the sport, The Moroccan Royal Family wisely chose to invest by supporting equestrian education. The MRT facility grounds are home to the Royal Cavalry School, an institution where excellent trainers are educating local Moroccans on how to build a career in the equestrian world. The MRT is also home to a riding school, a vet clinic, farrier and grooming education classes, and more. As the MRT helps grow the sport in Morocco, they are also building the infrastructure to support the booming equestrian industry. Investing in the physical infrastructure required of equestrian activities, and in the education of Moroccan equestrians, The Moroccan Royal Family ensures the Moroccan people can benefit from the growth of the sport in Morocco – making it all a win-win.

The Heart of Morocco

When you think of Moroccan riders, the most decorated and well-known rider is Abdelkebir Ouaddar. Ouaddar learned to ride as a boy with the Moroccan Royal Family, and started riding competitively at age 14. He became the first Moroccan to qualify for the World Championships, and in 2014 he was the first Moroccan ever to compete in a World Championship. His successes continued two years later, when he went on to compete for Morocco in the 2016 Summer Olympics. 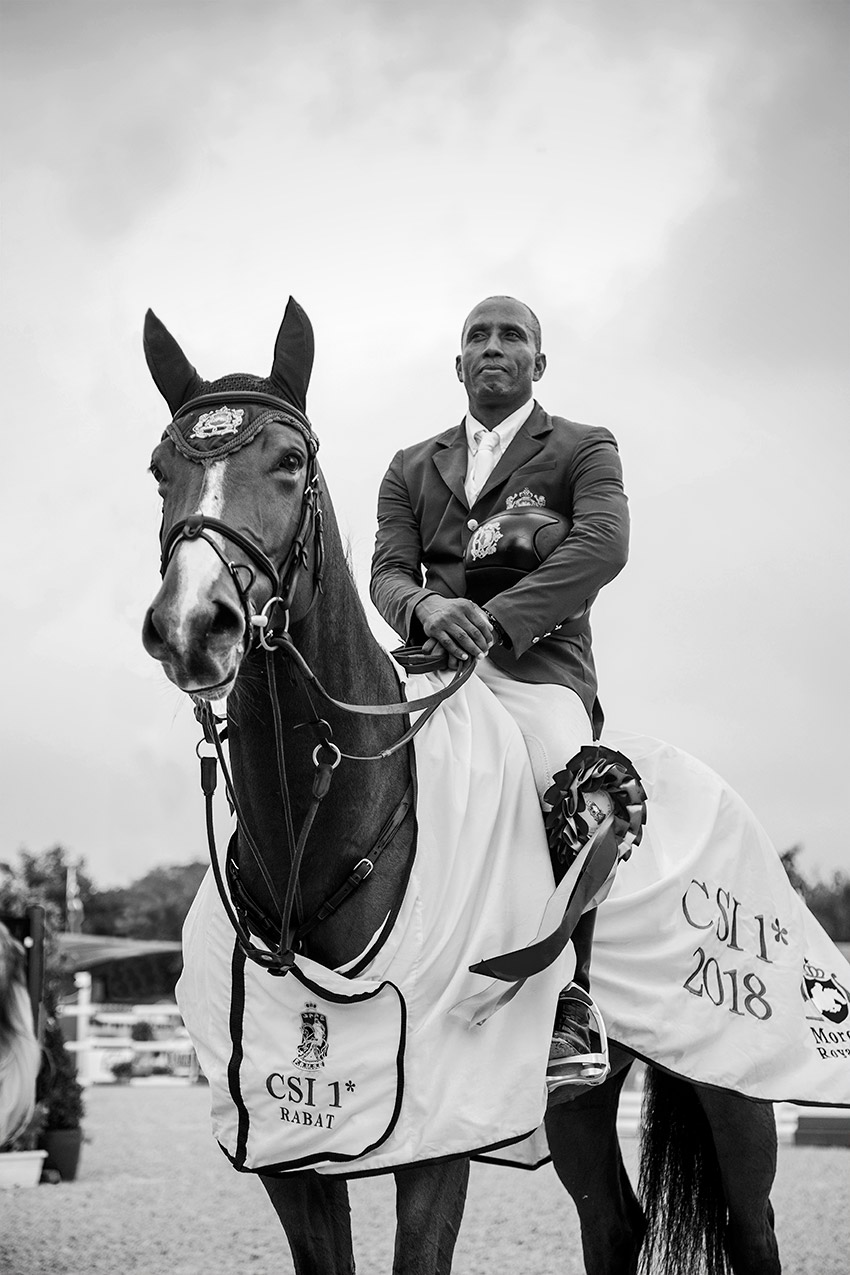 The now 57-year-old rider is the crown jewel of Moroccan equestrians, and is adored by the crowd. Though I have seen Ouaddar ride in other competitions, it was great to see him show in Morocco, and get to be a part of the collective energy that loves him. When Ouaddar entered the ring, the stands fell silent, as everyone hoped for (and expected!) an excellent round. If his horse had a slight rub on a fence, or if he missed a stride, the crowd collectively gasped. And when Ouaddar went clean, he got a cheering crowd and a standing ovation. When Ouaddar shows, it is hard to say who has more fun: the rider or the fans!

After several days of exciting show jumping competition, the final day in Rabat culminated in a Nations Cup. Eight teams made the trip to this leg of the Moroccan Tour to compete: The Netherlands, Belgium, United Kingdom, Italy, Switzerland, Saudi Arabia, France, and the crowd favorite of course, Morocco. It was an incredible line-up.

After two rounds of great show jumping, it was the Swiss team, led by Swiss Chef d’Equipe Andy Kistler, that ended up victorious. With three up-and-coming Swiss riders, Yannick Jorand, Pauline Zoller, and Elian Baumann, as well as the legend himself Pius Schwizer, riding exceptionally well, the Swiss team came out strong and secured their spot on top of the podium. 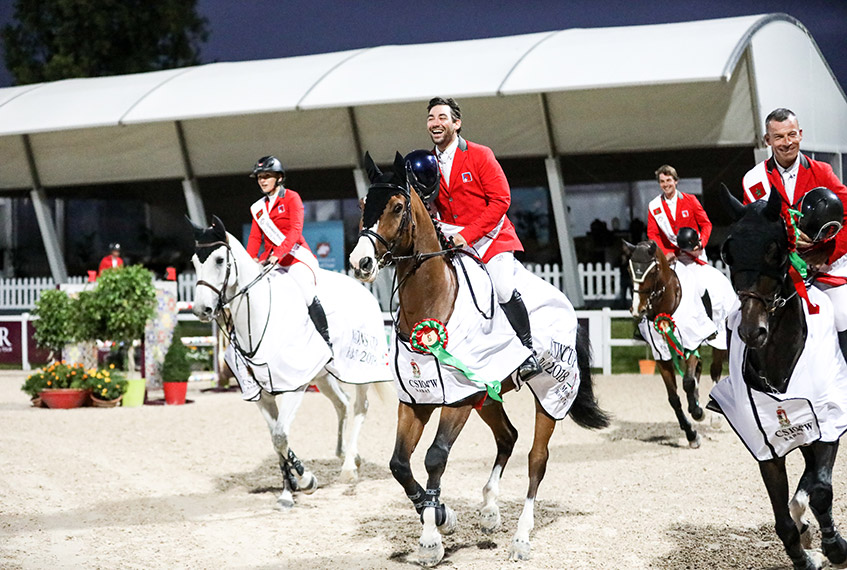 Kistler was happy with his team, and happy with RBT. He explains: “Rabat is a wonderful competition and we are always well welcomed. I could compose a team mixed with young riders in need [of] experience and others [that are] more accomplished. The scores were tight after the first round, and I asked my team members to focus on their riding. I really wanted them to enjoy their time in the arena.” Even though the Moroccan team did not win, it is always great to have excellent rides all-around and a gracious winner.

I cannot say enough wonderful things about my Moroccan adventure. And while I wish I could have visited all three stops on the MRT, I now have two very good reasons to go back to Morocco. I look forward to going back to see more spectacular show jumping, immersing myself in the culture again, and buying the rest of my poufs.