Ready When You Are

Peter Samuels holds a distinct honor among 44 years of artists associated with the Menlo Charity Horse Show – he is the very first photographer to be chosen as Menlo’s “Artist of the Year.”

He has produced a vast body of work during his 20 years as a professional photographer, with shoots for big brands such as Sony, Nike, Toyota and Sprint. Samuels’ entreé into equestrian work is a more recent one; he transitioned into animal photography due to inspiration from his dog, and from capturing a friend’s Trakhener horse. Those images ended up being some of his most successful, resulting in the American Photographic Artists Best in Show Award. Samuels’ work caught the attention of Menlo board member Carissa Ashman, and led to the Menlo committee’s collaboration with Samuels to produce hunter/jumper imagery that could be used to represent the 2014 edition of the Menlo Charity Horse Show, slated for August 5 – 10th at the Menlo Circus Club in Atherton, CA.

A shoot was set up on an evening in January of this year, at the Stanford Red Barn in Palo Alto, CA. Samuels arrived in the early evening, around 5pm, with a carload of lighting gear and an assistant to set up and be ready to start shooting by 7pm. The team hoisted up a 20 foot backdrop, set up the lights, computer, prepared the models, and as the sun set they were ready and on their mark. They started with a white backdrop (pictured), but quickly switched to the black and stayed with that throughout the rest of the photo shoot. 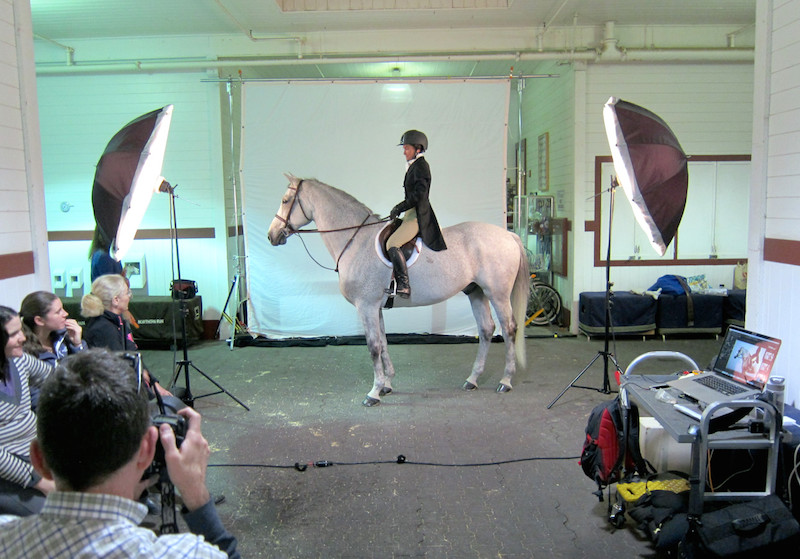 Allie Qutub rides through the barn aisle/set at Stanford.

“I shoot tethered to the computer so each images comes up on the screen as we go, which helps in knowing how the images are looking and knowing if I’ve achieved what’s in my mind’s eye,” Samuels explains. As the production went along, Samuels tuned the lights to find the “sweet spot” of perfect highlight and shadow, which changed often and rapidly as the equine models moved through the set. 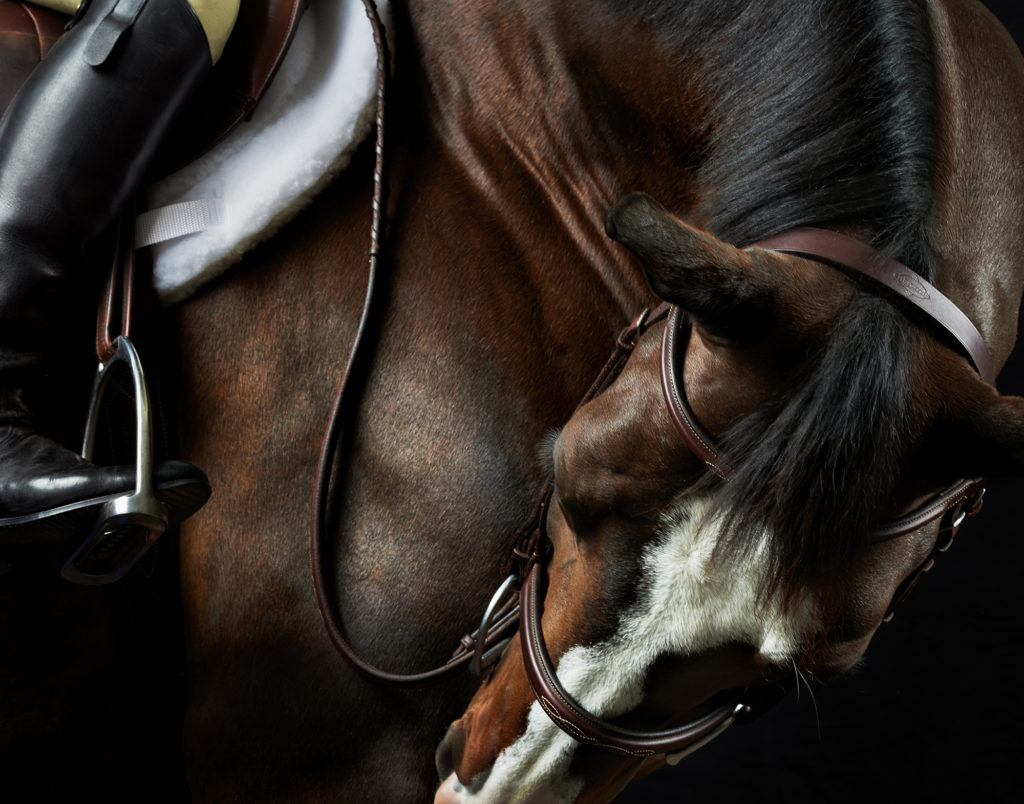 The chosen image, “Ready When You Are” represents the spirit of competition that has made Menlo a grand equestrian tradition for 44 years.

“A big thanks goes out to everyone who helped out including, but not limited to, Grayson Martin, Suzanne Rischman, Allie, Vanessa Bartsch, Carissa Ashman, and our volunteer girls, who really knew if I was getting the magic moments from the horses,” Samuels adds. Looking at the “Ready When You Are”, and the following images from the shoot, it’s clear that Samuels found magic everywhere. 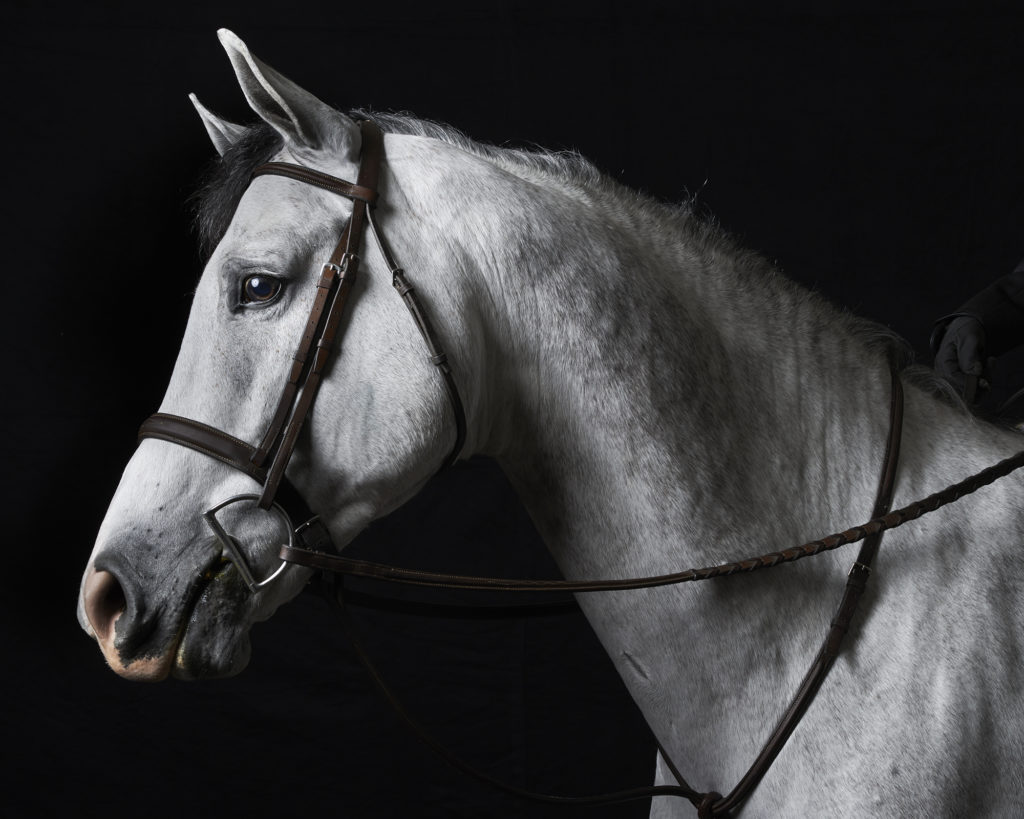 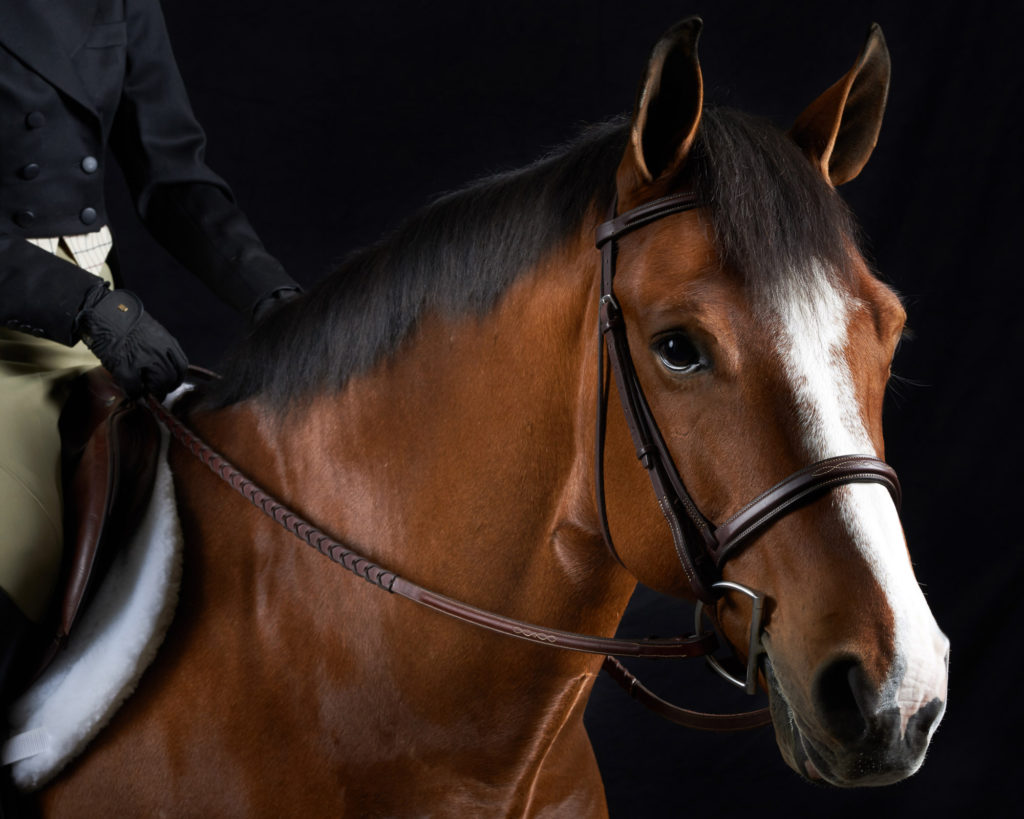 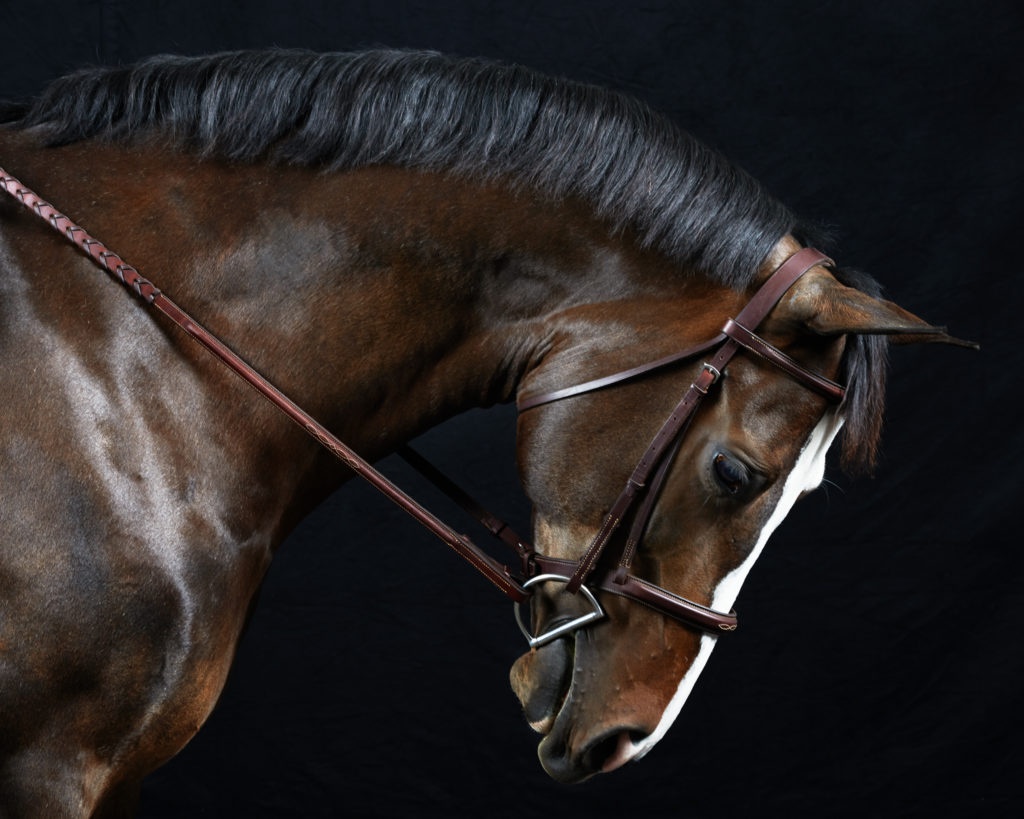 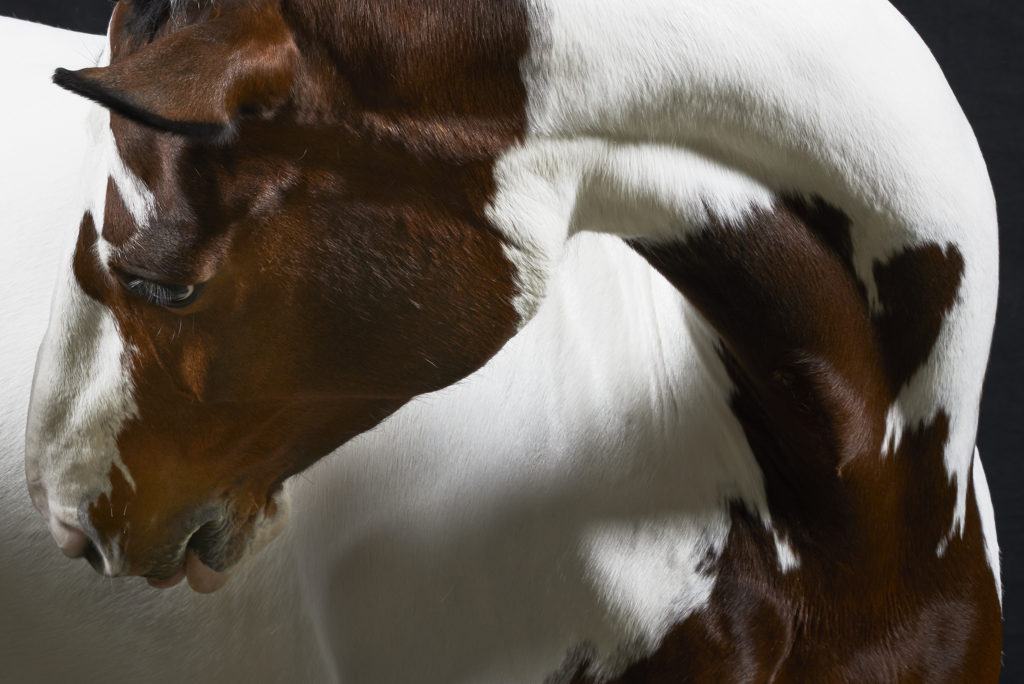 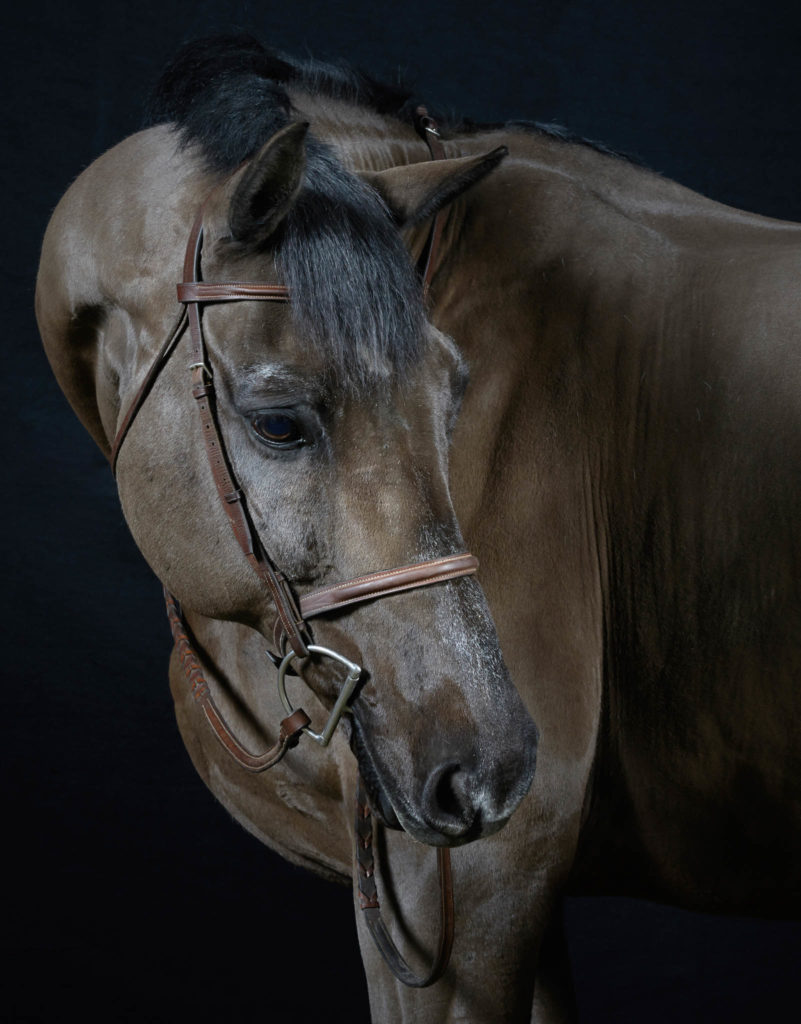 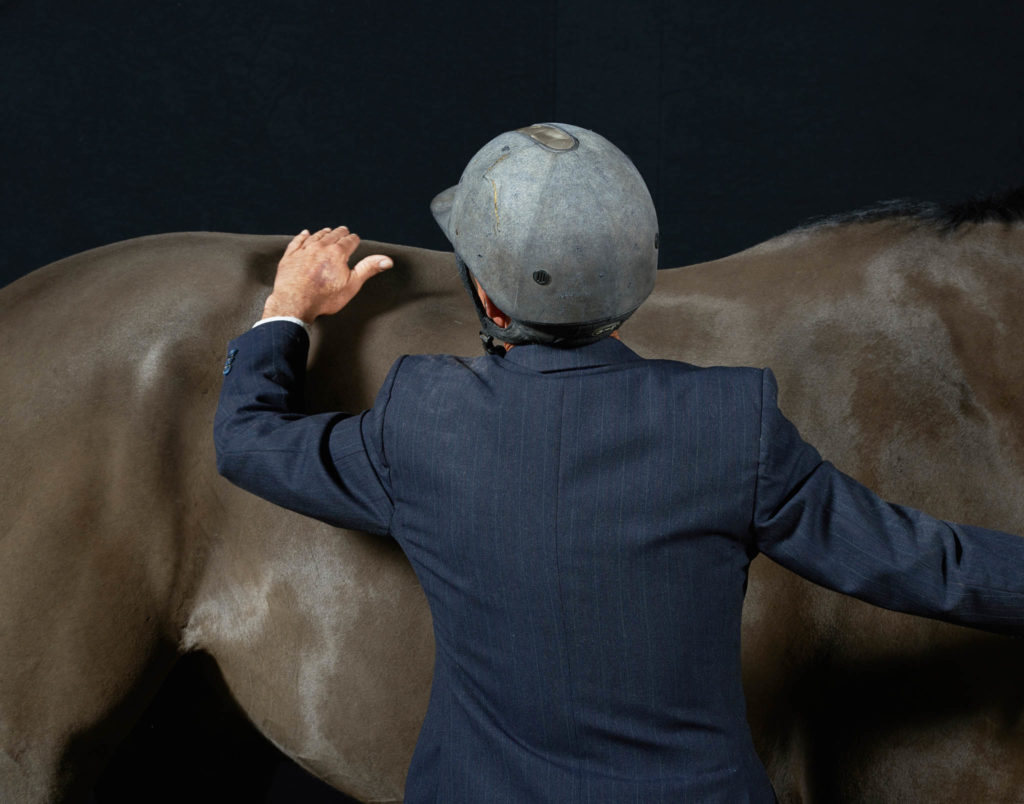