Beezie Madden added another coveted title to her extensive resume on Sunday when she rode Abigail Wexner’s Cortes ‘C’ to victory in the The Longines King George V Gold Cup at CSIO5* Hickstead. In doing so she also made history as the first women ever to win the prestigious Grand Prix. In the 108-year tradition of this historic class, women weren’t event allowed to compete in its ranks until 2008.

Madden (Cazenovia, N.Y.) and the 12-year-old Belgian Warmblood gelding were one of 14 combinations to jump Kelvin Bywater’s 12-obstacle track faultlessly and qualify to return for the jump-off. The pair, which had jumped double clear in Friday’s Furusiyya FEI Nations Cup of Great Britain presented by Longines, had the advantageous position of returning as the final competitors in the jump-off and seized the opportunity with both hands jumping clear and stopping the timers in 46.01 to seal their win by more than a full second. 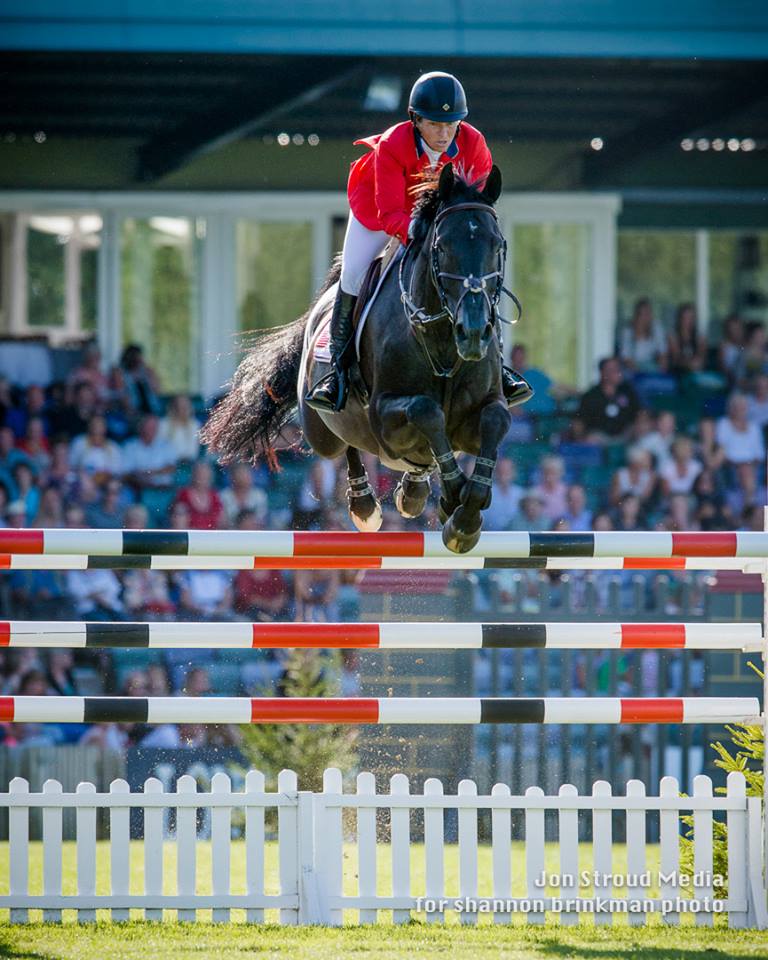 Making the two-time Olympic Gold medalist’s win all the more impressive, is that she only recently returned to competition after breaking her collarbone on May 18th. She underwent surgery two days later, and began competing again in July. This, her comeback from the injury, was a decisive and significant accomplishment in a month when all eyes are focused on the upcoming Alltech FEI World Equestrian Games.

Also joining Madden in the jump-off was American pair Laura Kraut (Royal Palm Beach, Fla,) and the Evita Group’s 10-year-old KWPN mare, Nouvelle. The pair were clear over the jumps in a time of 54.04 to finish in sixth place.

“Beezie’s win is icing on the cake as we close in on our WEG (2014 Alltech FEI World Equestrian Games) preparation. Winning two CSIO5* Nations Cups accompanied by Beezie’s comeback is a tremendous boost for the team as we head down the final stretch,” said U.S. Chef d’Equipe Robert Ridland.