Young Irishman David Simpson took the Alltech Christmas Puissance at Olympia, The London International Horse Show, by storm on Thursday, wowing a packed house with a bravado display of riding.

The contest, an annual favourite, went all the way to five rounds, with Simpson, riding puissance specialist Ricci Rich, clearing 7ft 3in (2.20m) in superlative style. He took over the ride on the 13-year-old grey gelding from Britain’s Guy Williams, who the Olympia puissance on him in 2011.

Simpson was matched all the way by Karline De Brabander on her home-bred Fantomas de Muze, a compact bay gelding by Marcus Ehning’s top ride Sandro Boy. The enthralled crowd took the Belgian rider, the only female in the class, to their hearts, and her horse tried his heart out with a massive leap, just catching the top bricks with his hind legs on landing.

This was Simpson’s first outright win in a puissance and he received his prize from the Duchess of Cornwall, who was paying her annual visit to the festive family show. 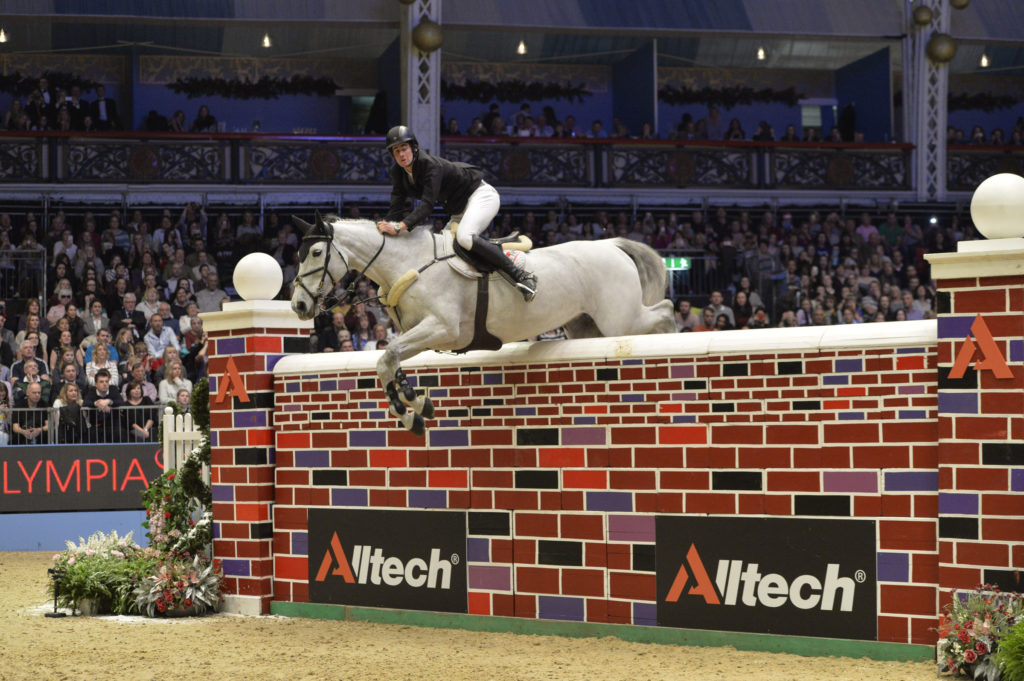 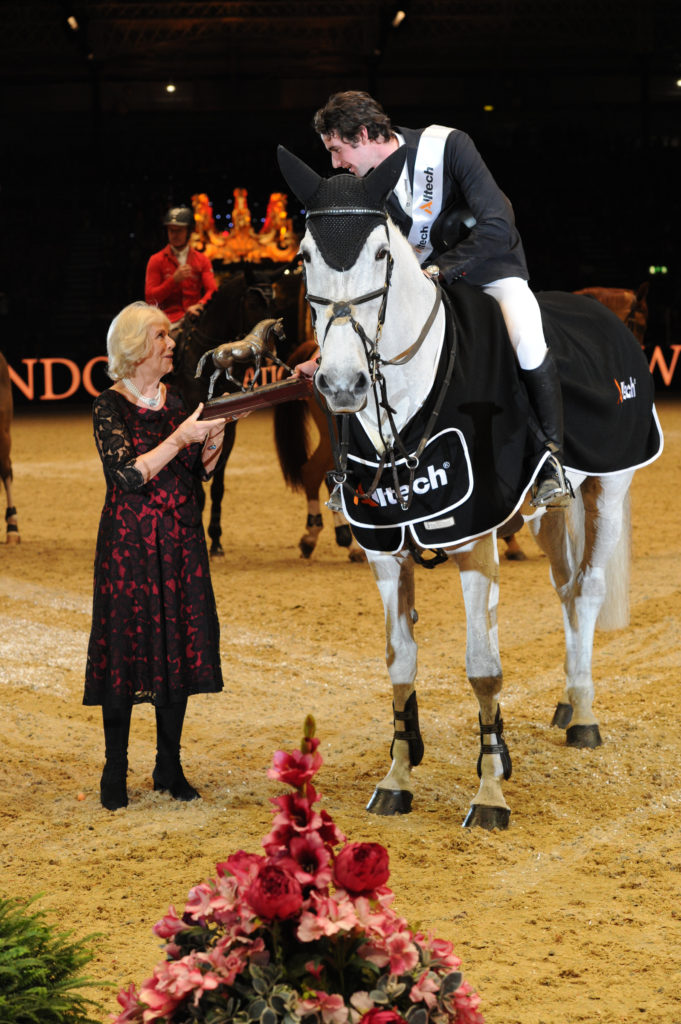 “It gives you the tingles when you land,” he said. “You don’t get a better wall jumper than my horse and, for atmosphere and intensity, this win is right up there as one of my best moments in show jumping. I really wanted my first proper win to be here at Olympia.”

De Brabander, 27, who works for her father, leading stud owner Joris De Brabander, was also elated. “I kept saying to my horse that we were just going to have fun,” she said. “I’m really happy to have got so far. It’s only my third time in a puissance and this is the highest I’ve jumped. My parents thought I was mad to come over to England with just one horse, but I told them Olympia was my dream.”

Four riders got through to the fourth round, at 7ft 1in (2.15m): Britain’s Joe Clayton on Rockim, Switzerland’s Pius Schwizer (Armani the Gun CH), Norway’s Geir Gullikson (Grand Balou) and Austria’s Markus Saurugg (What Ever).

Earlier, 59-year-old John Whitaker, the senior rider of the show, showed he had lost none of his magic when winning the inaugural class of the show, the Levy Restaurant Snowman Stakes, on the stallion Argento, and the charismatic young Dutchman Maikel Van der Vleuten set the arena alight when winning the first evening class, the Kingsland Christmas Pudding Stakes, a speed contest, on VDL Groep Eureka.

Maikel won last year’s Longines FEI World Cup Qualifier on VDL Groep Sapphire and has brought the horse back for another crack at the competition on Sunday. “I really like this show,” he said. “Everyone’s happy and the audience really lifts the riders.”

The Dodson & Horrell Extreme Driving top score competition kicked off the FEI World Cup Driving Leg qualifier with a promise of considerable excitement to come. It also produced a surprise winner. All drivers collected penalties on the complex course but it was the youngest and least experienced of them, 25-year-old Glenn Geerts from Belgium, who galloped home with the best score.

In only his second year of World Cup competition, he has been driving horse four-in-hands for just four years. He beat the most experienced driver in the competition, the much-medalled Ijsbrand Chardon from the Netherlands, who was the winner of the qualifier here last year. Frederick Persson from Sweden took third place.

Later in the evening, show director Simon Brooks-Ward and his brothers James and Nick gathered in the main arena to present the Raymond Brooks-Ward Memorial Trophy, for the most promising British rider under 25, in memory of their father. The recipient was Spencer Roe, 21, who has made a brilliant debut on senior show jumping teams this year.