The Hap Chronicles: To Change a Village

It is the people in life that Hap Hansen has affected who really show his measure, and prove that success is not only counted by rounds won.

The small, mountainous village of Lagunilla in Jalisco, Mexico is not an easy place to live. Located many miles from a major city, it’s agricultural climate and economy can only support a few people. When Humberto Huerta left Lagunilla in January of 2004, it was in search of work. He wanted to be able to help support a family one day. The only way to be able to do that was to expand his own horizons. Soon after he arrived in Southern California, he found a job cleaning stalls at the old Indio horse show. It was hard work, yet Humberto discovered a feeling of peace with these huge animals that he cleaned around. He set a quiet, personal goal for himself: To learn horsemanship. He found his way to Hap’s barn, and was hired and taught to be a groom (pictured above are Humberto, student Brooke Bidwell, and Hap in the winner’s circle at Spruce Meadows.) It was a lucky break for Humberto, who would soon learn that since the 1980s, Hap has spent hours filling out paperwork and helping people from Mexico, many of whom he hasn’t even met.

It took a lot of hard work and patience, but with Hap’s help, Humberto became a citizen of the United States. It took hours of work, faith and patience to become a U.S. citizen. Today he lives in Lompoc, California with his wife Rocio, and their son Alexander. “We left Lagunilla because we were looking for better opportunities in life,” Humberto said. “We wanted a better level of education than we could get in Mexico, and to be able to give our children the chance to learn more than us.”

“When I worked for Hap, I felt free to ask him if something I did was not correct,” Humberto said. “He would always take the time to talk to me, and to help me fix the problem. I learned to love the horses, to take good care of them, and to make them part of me and my life. Hap trusted me, even before he knew me, and he gave me a chance.”

When Humberto was given the chance to move on with another job offer, Hap didn’t complain. Even though he was losing one of the best employees at his barn, Hap said, “I want him to have whatever’s best for him.” He told the new employer, “ I like Beto, and I want him to be happy. What he wants for himself is what I want for him.”

Hap’s trickle-down effect on others is profound. Antonio Huerta also immigrated to the USA from Lagunilla 20 years ago, and with Hap’s support became a US citizen. He started out as a groom in Rancho Santa Fe, and although he was good with the horses, he eventually found his true calling working in the offices of the University of Oregon. Today he lives and works in Eugene, Oregon, and remembers Hap with great fondness.

In total, Hap has helped 80 people from the village of Lagunilla pursue a better life in the United States. Forty of those are now US citizens, 20 are residents, and 20 continue to work on temporary visas. From those 80, at least 60 children have been born in the United States, some of whom are already parents themselves and are pursuing careers that vary from teachers, to interpreters, to medical technicians.

The question that begs to be asked is ‘why?’ ~ Why does a busy horse trainer dedicate so much time to support others who work within and outside the horse industry?

“Hap helps people just because he can,” Humberto explained. “He helps with the paperwork of immigration, doing every form and step legally. He encourages and supports good people who are willing to work with jobs or references. He always does his best for people who don’t have as much as he does, and in doing this he encourages the best in people. He has helped families complete themselves because they were then able to help bring their children and grandchildren to the US.”

“Hap has inspired many people to become college graduates, and one young man is presently serving in the U.S. Armed Forces,” Antonio Huerta added. “Hap’s support has affected Lagunilla at so many levels – all for the better. He helped provide work for people through the temporary work VISA program so that people can come legally, work temporarily, and go back home to family. This has been a huge moral support for entire families in the village since it allows people to come into the country legally, as opposed to illegally which often results in devastating consequences.”

So much positive transformation has occurred since Hap began helping this small village in the ‘80s, that a civic square with a sculpture in Hap’s honor is being constructed in Lagunilla. The plaque will read “Hap Hansen – Best Friend in the U.S.A. of the Immigrant Community of Lagunilla.” 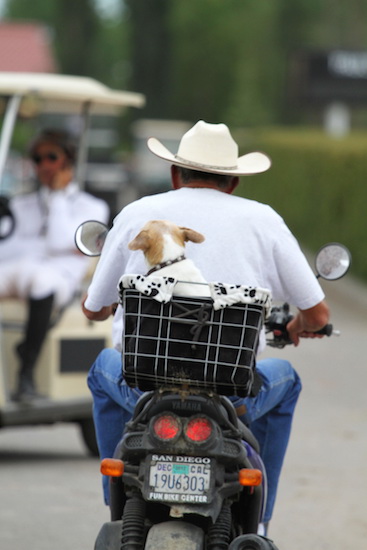