Competition is HOT in Doha for the LGCT Finale!

The Legend, John Whitaker (GBR) on his own Argento (Arko III x Gasper) brings it home in the €270,000 Longines 1.55m. The first five star class of the day began in the heat of the Doha afternoon with only a light breeze to keep riders cool. Anticipation for the highlight event later in the evening began to grow as 21 horses went clear over Uliano Venzeni’s (ITA) 12 jump first round course that included a triple bar off of a roll back early on, and a triple combination off of a bending line that left riders with many options. The class of 42 starters was very strong, proving that everyone came to compete for the big money on offer for the LGCT Finale.

The first clear in the jump off, Daniel Bluman (COL) on Apardi (Corland x Kannan) demonstrated that the gallop to the last jump could be done clear in 14 steps after pathfinder Leopold Van Asten (NED) on VDL Groep Miss Untouchable (Chacco-Blue x Aldatus) had one of the fastest jump off rounds, though with heartbreak at the last oxer. As the sun set, the competition kept heating up with round after round getting faster. Sheik Ali Al Thani (QAT), Ali Al Rumaihi (QAT) and Bassem Mohammed (QAT) all rode to loud encouragement from the crowd, but none could break in to the top five smoking fast jump off rounds. It was a quick class that made everyone excited for the final to come.

Bengtsson wins it ALL (literally).

The Final Grand Prix of the Longines Global Champions Tour offered a prize of €450,000 and had most of the Longines FEI Top 30 riders on the starting list. The course for the first round was challenging, there was a skinny oxer five or six strides to a one stride vertical-oxer combination that caught many riders. Just around the corner, a very difficult oxer-vertical-oxer triple posed the next major challenge. In the end there were seven clear rounds. Unfortunately, Edwina Tops- Alexander (AUS) and the ever game Lintea Tequila (Campbell x Corrado II) had two rails that kept them out of the second round and jump off and ultimately took the pressure off of Rolf-Göran Bengtsson (SWE) and the eighteen year old Casall Ask (Caretino 2 x Lavall 5) for the overall 2016 Championship. 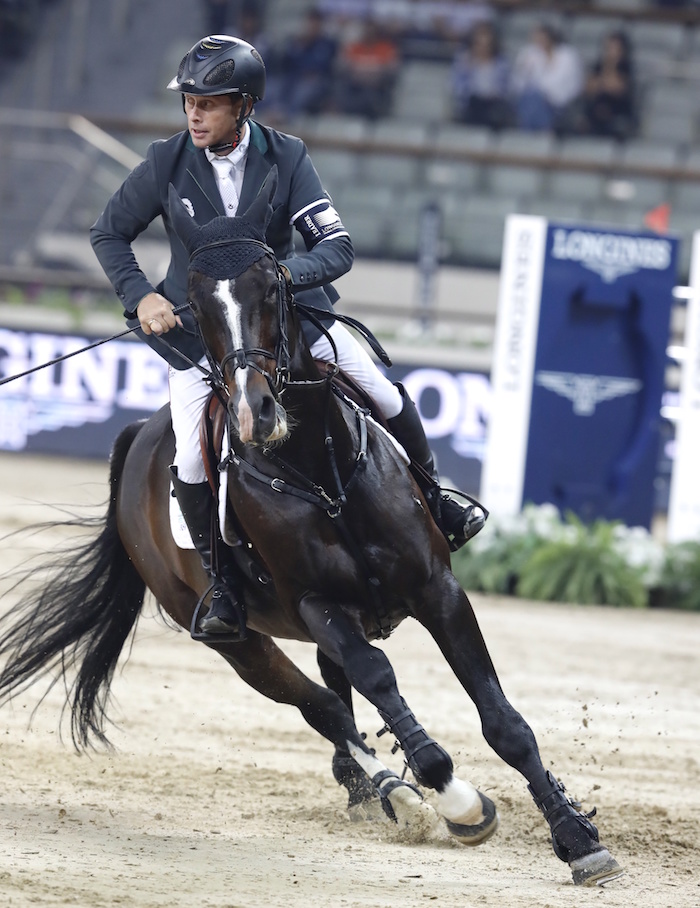 Even with the pressure of the 2016 Championship off of his shoulders Bengtsson’s fairlytale week continued. He already had won the Global Champions League class on Thursday with partner Bertram Allen (IRE) and the 2016 Championship (including the lionshare of the €1,000,000 bonus), but he was not willing to leave anything else on the table. In the cat-bird seat, he went on to beat a very impressive jump-off round from Laura Kraut (USA) who put the pressure on with a fast time on Zermonie (Cero x Quick Star). Daniel Deusser (GER) followed with a blistering fast round that looked unbeatable on First Class van Eeckelghen (Balou du Rouet x FeinschnittI) in 36.84 seconds. Meredith Michaels Beerbaum (GER) and Fibonacci (For Feeling x VDL Corlando) came close in 37.26 seconds directly after Daniel. Last to go, Rolf and Casall entered to a hushed arena and what seemed like everyone rooting for them. Their jump off looked like it may not have the pace with strides added in two lines compared to Deusser but they broke the timers in 36.44 seconds. It was a dream come true weekend from Bengtsson who has been the bridesmaid more than once for the year end LGCT Championship. The joy from his Swedish contingency was palpable and in the press conference following the class LGCT Founder and President Jan Tops paid him the highest compliment by reiterating that he truly deserved to win.