This April 26th–29th, Christophe Ameeuw and the hard-working team at EEM brought the third and final leg of the Longines Masters Series to NYCB Live – Home of the Nassau Veterans Memorial Coliseum in Uniondale, New York. This was the fourth annual American leg of the Longines Masters Series, the show having previously been held on the West Coast in Los Angeles and Long Beach. The inaugural New York event proved to be an incredible weekend of competition, shopping, and of course, entertainment. It was also an opportunity for spectators to see the Riders Masters Cup on American soil, and it did not disappoint. 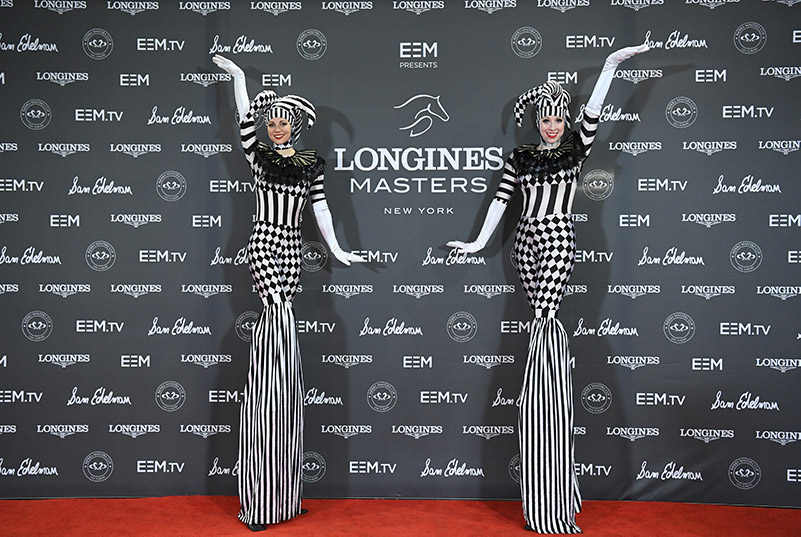 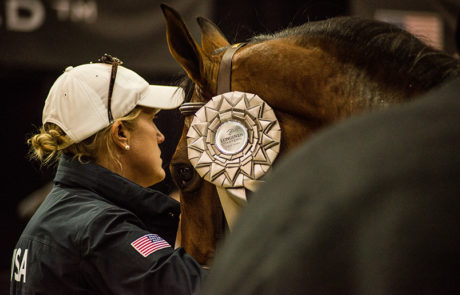 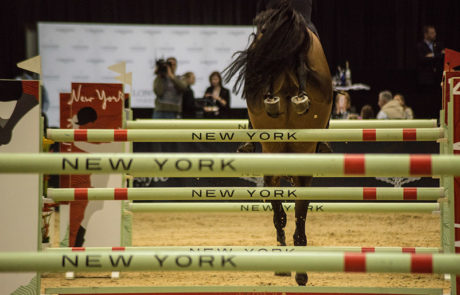 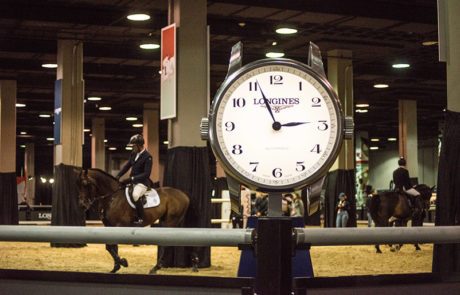 Though it was hard to leave Los Angeles, moving the show to the East Coast was an exciting new change for the team. Ameeuw explained,“We are so appreciative of our time in Los Angeles and all of the people that made the American leg a success through the years. We are excited and proud to bring the event to New York, expanding the Longines Masters experience from coast to coast.” The Nassau Veterans Memorial Coliseum was in perfect proximity to the host hotel, so visitors could walk from their rooms to the showgrounds in less than five minutes. The upper portion of the stadium was brilliantly transformed into the competition arena, with the warm up and Prestige Village downstairs. The location allowed for ample VIP seating and dining, as well as room in the stands for all the fans. The proximity to downtown Manhattan (without traffic it was about a 45 minute ride) allowed visitors to revel in all that New York has to offer – a broadway show, an amazing meal, world-class shopping, or all of the above.

The Friday night $100,000 Masters One Longines Speed Challenge was an exceptional night all around. Riding the identical track that riders faced in the Longines Masters editions of Paris and Hong Kong, Canada’s Erynn Ballard claimed victory riding the 13-year-old Belgian Warmblood stallion Fantast, owned by Sagamore Farms. Despite a two-second penalty for a dropped rail, Ballard was able to best New York’s Brianne Goutal-Marteau aboard Fineman (who placed second) and Kristen Vanderveen aboard Faustino de Tili (who placed third). The other riders, VIP spectators, and all the fans in the stands went wild as the edge-of-your-seat competition played out. The event was well attended, with Longines Vice President and Head of International Marketing Juan-Carlos Capelli walking the red carpet with Longines Ambassador of Elegance Kate Winslet representing her Golden Hat Foundation, dedicated to raising awareness of autism. 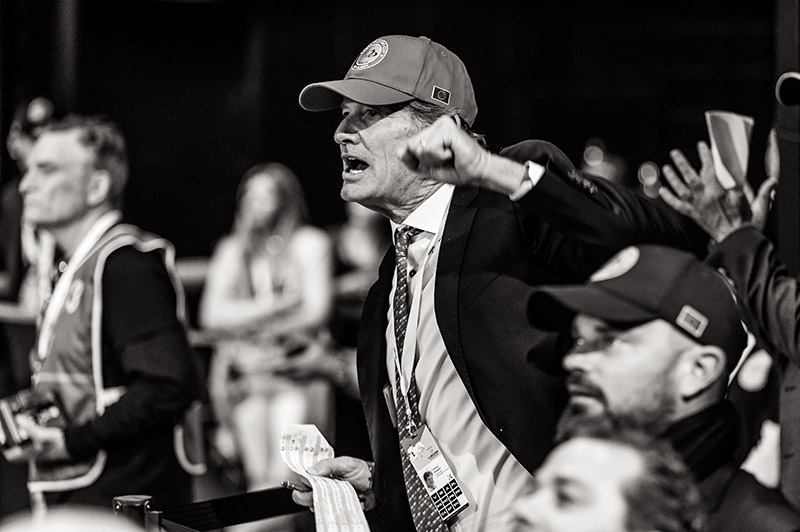 It Takes a Village…

As usual, between the competition classes, Prestige Village was the perfect place to be. Visitors could stroll through the vendors that lined the perimeter of the 60,000 square-foot Village, all while watching the warm up arena set in the middle of the stadium. With the iconic Longines booth a favorite stop for many, the shopping was simply amazing – of course! Shoppers were excited by Ariana Rockefeller’s new limited edition saddle bag, designed exclusively for the Longines Masters of New York. For car enthusiasts, Automobili Lamborghini showcased their newest Super Sport Utility Vehicle model, the Urus. Artist Rita Dee’s “Trail Guide,” a life-size sculpture made of driftwood, depicting the legendary cavalry mount that became a two-time Olympian (1956 and 1960), stood proudly in the center of Prestige Village. After the Speed Challenge on Friday, Sam Edelman treated guests to shopping and Barons de Rothschild champagne, while singer, songwriter and producer Victory Boyd sang on stage in the background. Guests shopped, sipped, snacked and danced well into the night.

For all the Americans in the stands Saturday night, a little heartbreak had never been more exciting or entertaining. The $200,000 Riders Masters Cup, presented and created by EEM in collaboration with the European Equestrian Federation, started out with Riders Europe on top after round one. But then, in an incredible twist and with the help of the double points in round two, Riders USA pulled through to a lead. The shift in the leaderboard had all the American flags raised high and waving frantically, especially with the podium seats filled exclusively by American women – Laura Kraut, Georgina Bloomberg and Beezie Madden. But by the end of round two the European riders came back strong, and ultimately clinched the win. Though it was heartbreaking for Riders USA to lose on American soil, it was heartwarming to see the incredible sportsmanship and warm feelings between the teams as Riders USA congratulated Riders Europe. 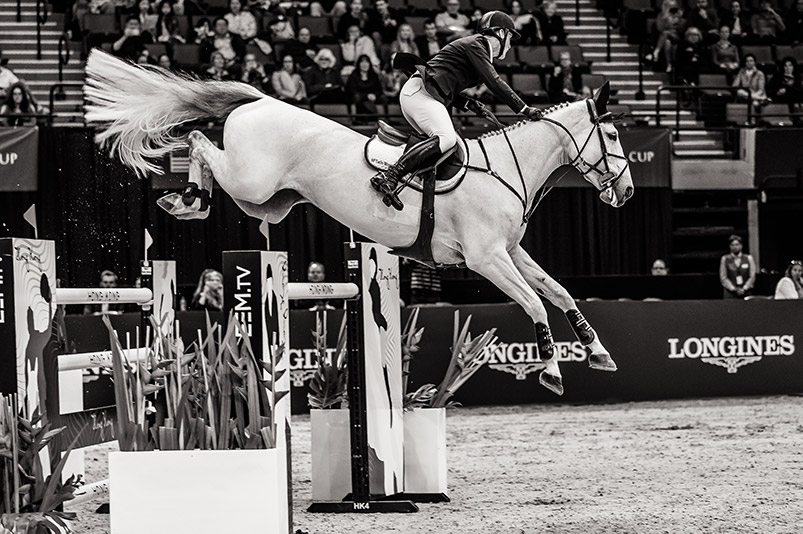 McLain Ward shows his signature mix of speed and style in the Longines Grand Prix of New York, photo © Christophe Tanière for EEM

The crowd could not have been more pleased with McLain Ward’s win in the $382,800 Longines Grand Prix of New York on Sunday afternoon. McLain, who comes from Brewster, NY, certainly had the support of the home crowd. Spectators held their breath as he and Clinta, an 11-year-old Oldenburg mare out of Clinton x Lord Pezi, navigated the jump off, and then roared with excitement as it became clear he would take the top spot. McLain was as pleased as the crowd, explaining,“It’s always nice to win on your home soil in the U.S., and extra special in New York.” Ward continued, “I can remember years ago when I was a young kid, I won a grand prix at [Madison Square] Garden and that was very special because it was my home state and my home city. It was very special again today here.” McLain’s pleasure at winning didn’t mean the ride was easy…he had stiff competition, with Erynn Ballard, Peder Fredricson and Kevin Staut all fighting for the top of the podium. However, it proved a fairytale ending when the New Yorker won the Longines Grand Prix of New York. 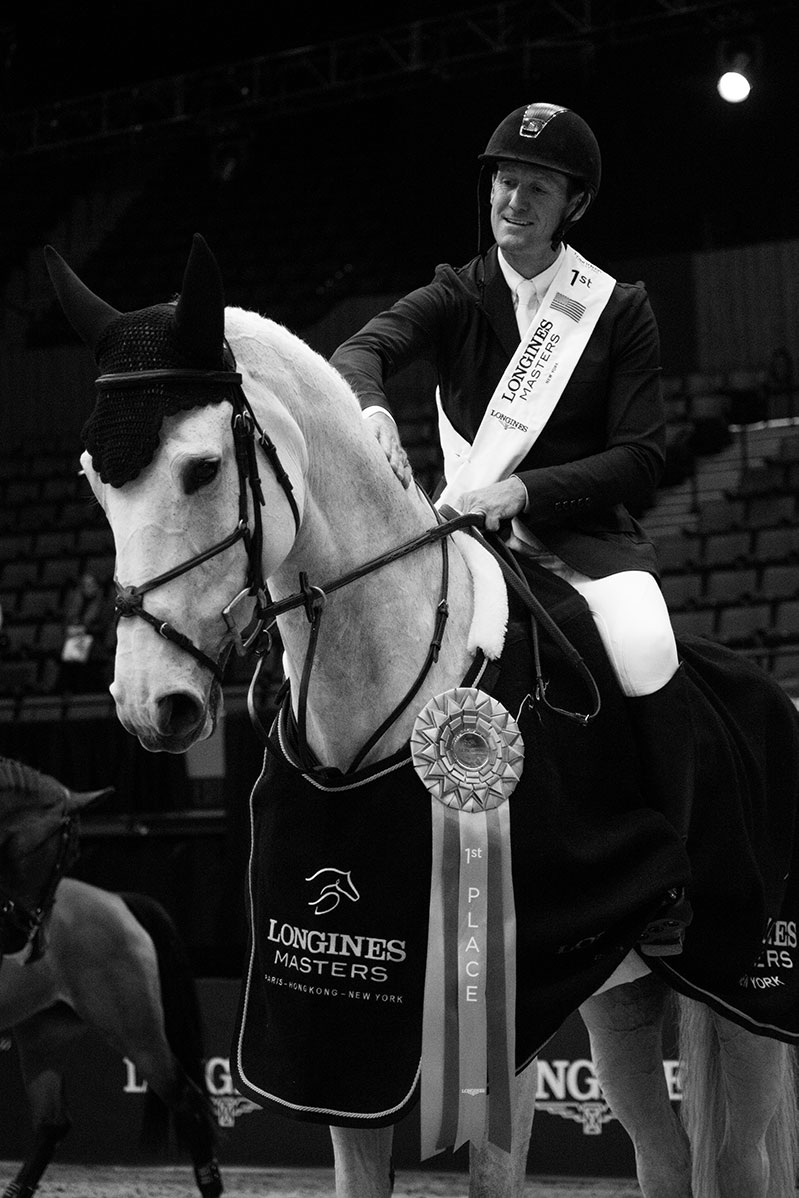 Ward and Clinta in the winner’s circle, photo © Dani Maczynski

A Visionary with a Vision

Christophe Ameeuw’s vision for the Longines Masters Series, especially with the inclusion of the Grand Slam and Riders Masters Cup, is truly inspirational. The Longines Masters of New York, and the other shows in Paris and Hong Kong, continue to push the envelope in search of the most exciting way to bring the sport of show jumping to its riders, its sponsors, and most importantly, its fans. In that way, to experience and enjoy one of Ameeuw’s shows is to help bring his vision to fruition…and Horse & Style is happy to be a part of that! 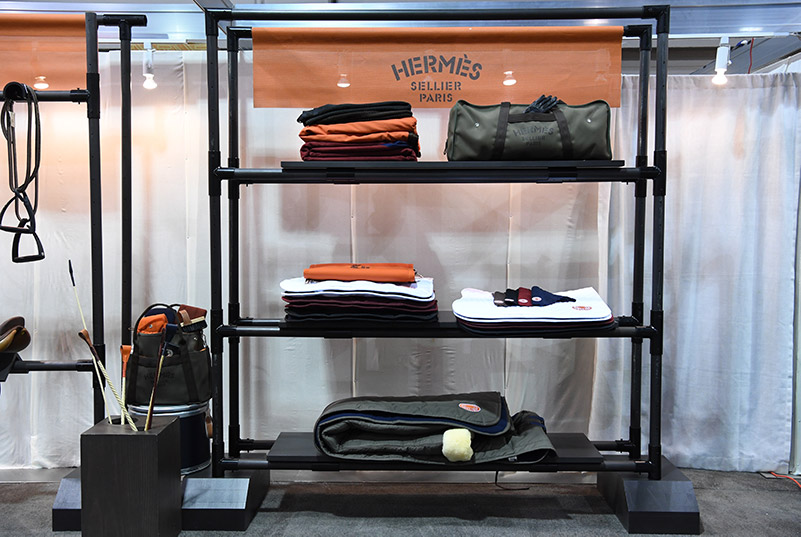 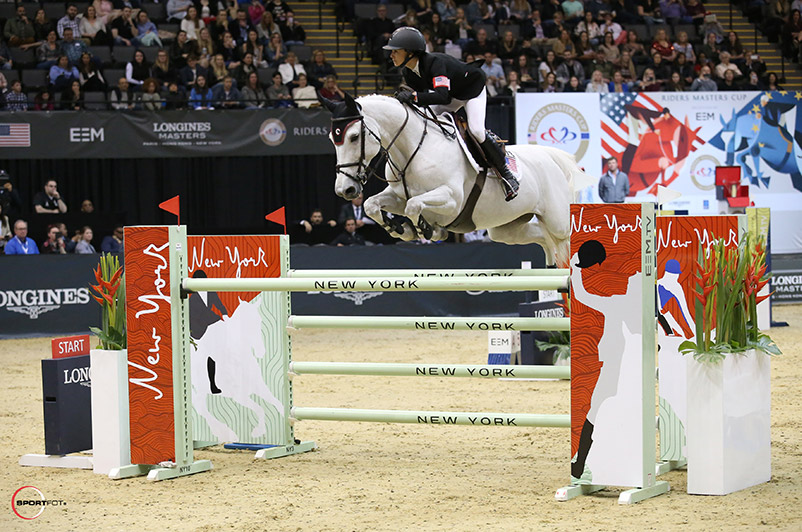 Georgina Bloomberg and Paola 233 in Round Two of the Riders Masters Cup, photo © SportFot for EEM 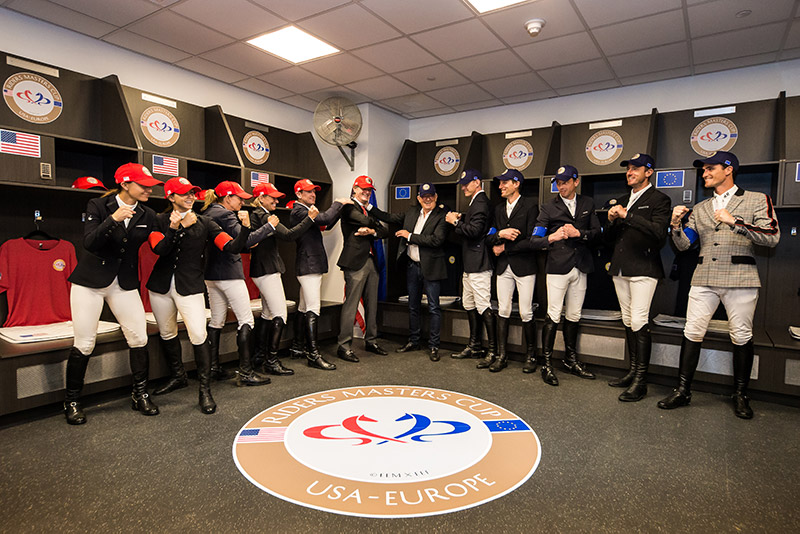 Did Someone Say Shopping?!

When the new series kicks off in Paris in November 2018, the Grand Slam board will be wiped clean. Riders can start anew to vie for the triple Longines Grand Prix win that yields a Million Euro prize at the end of the series. The stakes are high, the competition fierce, and the shows are amazing! Don’t miss a single one if you can help it.